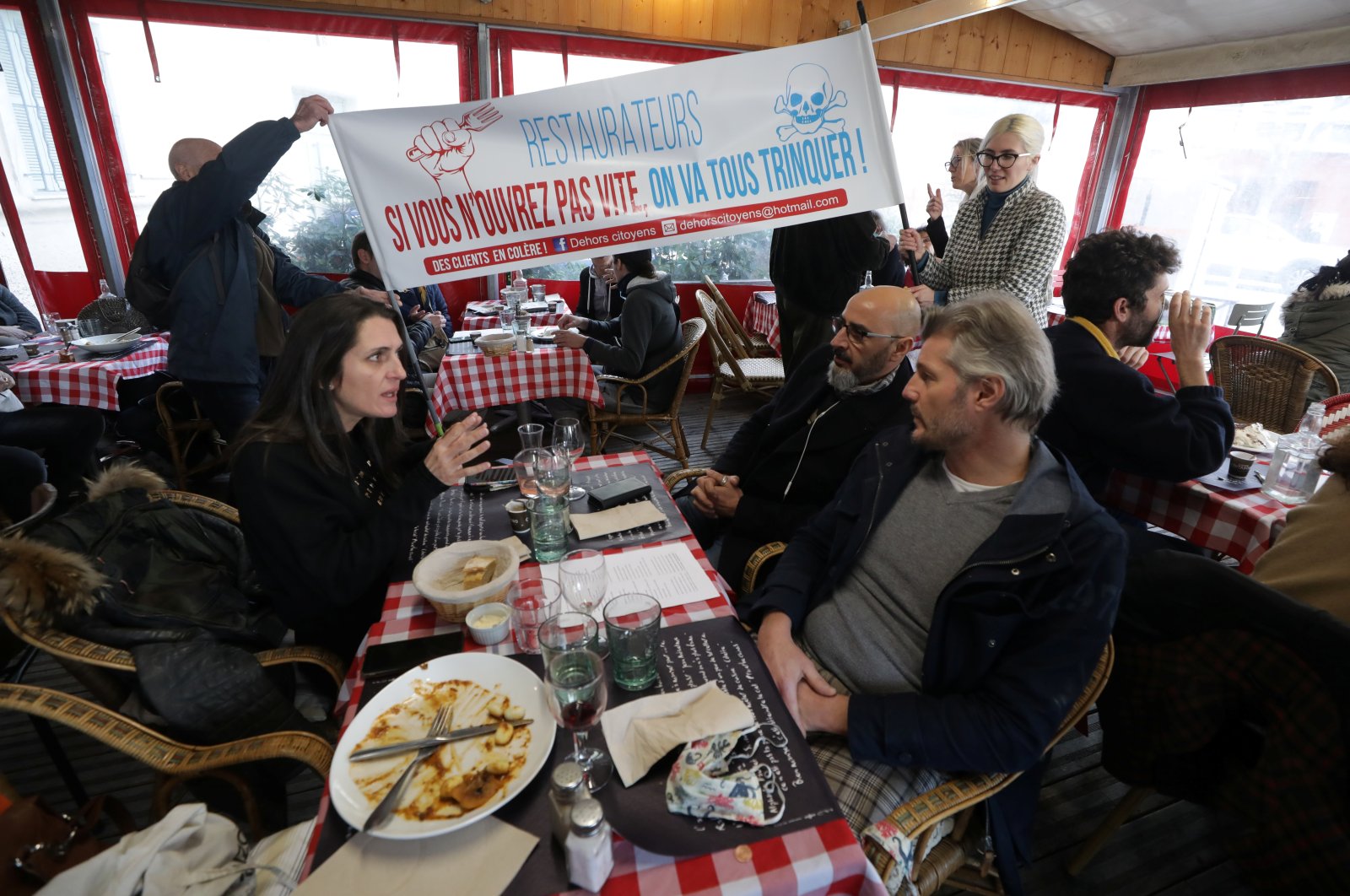 Customers enjoy a lunch at the restaurant "Le Poppies" in Nice, which restaurant owner Christophe Wilson has opened as an act of civil disobedience in protest against the government-ordered coronavirus closure of bars and restaurants in France, Jan. 27, 2021. (Reuters Photo)
by French Press Agency - AFP Feb 01, 2021 4:05 pm
RECOMMENDED

French restaurant owners were warned Monday that they run the risk of losing coronavirus financial aid if they reopen despite the coronavirus pandemic shutdown, the country's Finance Minister Bruno Le Maire said, following protests and reports that some are secretly serving customers.

Angry owners say their livelihoods have been at risk since the closures were ordered on Oct. 30, with little prospect of a return to business as usual anytime soon.

Several chefs and thousands of people have already backed a call by Stephane Turillon, a chef in eastern France, for restaurants to open for protest meals on Monday.

"It's extremely hard for restaurants, economically and in terms of morale," Le Maire told RTL radio. "But in no way does that justify not respecting the rules," he said.

On Saturday, police in Paris said they discovered 24 restaurants operating illicitly on Thursday and Friday, and warned they would step up controls.

The Parisien newspaper reported Monday that one restaurant shut down on Friday was serving judges who worked at the nearby appeals court on the Ile de la Cite, just opposite from the Paris police headquarters.

Le Maire said owners caught serving clients would see their COVID-19 solidarity funds suspended for a month, "and if they do it again, they won't get any more at all."

But many owners say the money is not enough to make up for lost sales as they have to keep paying rent. Last week, a restaurant owner in the Mediterranean city of Nice was detained for questioning after serving lunch to around 100 people.

Christophe Wilson's protest garnered a wave of support on social media, with the hashtag #LiberezChristophe (Free Christophe) trending on Twitter as messages expressed anger at his treatment and the dire financial straits of restaurants.