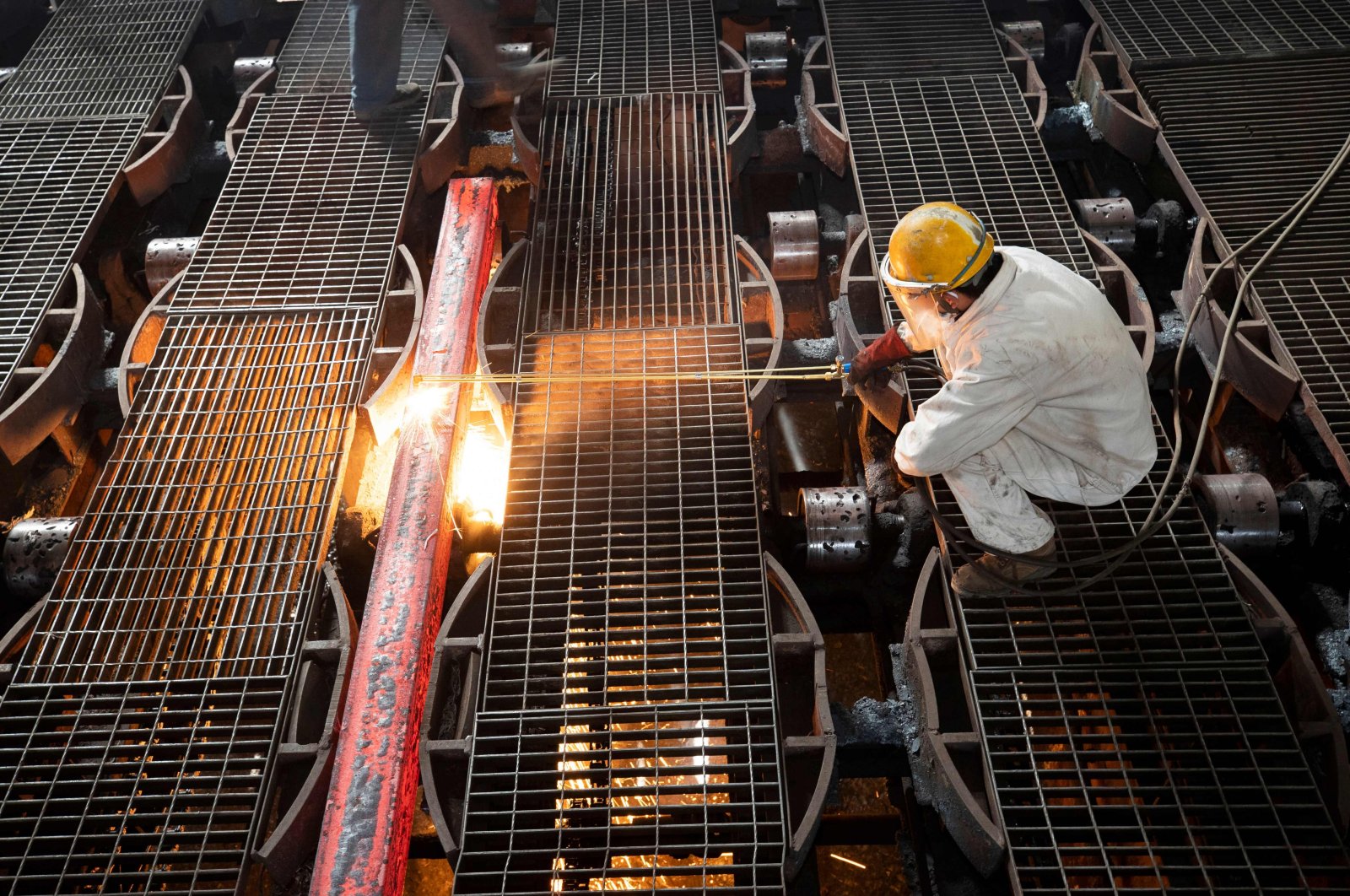 A slowdown in factory activity in China underscores challenges of returning to normal as the world seeks a sustainable recovery from the shattering COVID-19 pandemic despite solid demand for technology goods and pent-up demand in Europe in February that drove extended growth in Asia's factories.

Restrictions imposed around the world to try and quell the spread of the coronavirus have shuttered vast swathes of the services industry, meaning it has fallen to manufacturers to support economies.

But vaccine rollouts and a pick-up in demand provided optimism for businesses that have grappled for months with a cash-flow crunch and falling profits.

IHS Markit's final Manufacturing Purchasing Managers' Index (PMI) jumped to a three-year high of 57.9 in February from January's 54.8, beating the initial 57.7 "flash" estimate for one of the highest readings in the survey's 20-year history.

Factories in Britain, outside the eurozone and the European Union, reported the slowest output growth since May last month. Disruptions and rising costs linked to Brexit and COVID-19 limited their ability to respond to a modest pick-up in orders.

Manufacturing activity in Japan expanded at the fastest pace in over two years and South Korea's exports rose for a fourth straight month, suggesting Asia's export-reliant economies were benefiting from robust global trade.

On the flip side, China's factory activity grew at the slowest pace in nine months in February, hit by a domestic flare-up of COVID-19 and soft demand from countries under renewed lockdown measures.

"In all, the softer pace of activity in today's (Chinese) manufacturing print is likely to be temporary, and we expect the growth momentum to pick back up on the back of a broadening out of the domestic demand recovery and a pickup in global demand," said Erin Xin, an economist at HSBC.

"However, household consumption, while recovering, has not yet fully reached pre-pandemic levels of growth due to continued labor market pressure."

China was the first major economy to lead the recovery from the COVID-19 shock, so any signs of prolonged cooling in Asia's engine of growth will likely be a cause for concern.

With the global rebound still in its early days, however, analysts say the outlook was brightening as companies increased output to restock inventory on hopes vaccine rollouts will normalize economic activity.

"The recovery in durable-goods demand is continuing, which is creating a positive cycle for manufacturers in Asia," said Shigeto Nagai, head of Japan economics at Oxford Economics.

"As vaccine rollouts ease uncertainties over the outlook, capital expenditure will gradually pick up. That will benefit Japan, which is strong in exports of capital goods," he said.

China's Caixin/Markit Manufacturing Purchasing Managers' Index (PMI) fell to 50.9 in February, the lowest level since last May but still above the 50-mark that separates growth from contraction.

That was in line with official manufacturing PMI that showed factory activity in the world's second-largest economy expanded in February at the weakest pace since May last year.

The final au Jibun Bank Japan Manufacturing Purchasing Managers' Index (PMI) jumped to 51.4 in February from the prior month's 49.8 reading, marking the fastest expansion since December 2018, data showed on Monday.

In South Korea, a regional exports bellwether, shipments jumped 9.5% in February from a year earlier for its fourth straight month of increase on continued growth in memory chips and car sales.

India's factory activity expanded for the seventh straight month in February on strong demand and increased output, though a spike in input costs could weigh on corporate profits ahead.

The Philippines, Indonesia and Vietnam also saw manufacturing activity expand in February, a sign the region was gradually recovering from the initial hit of the pandemic.