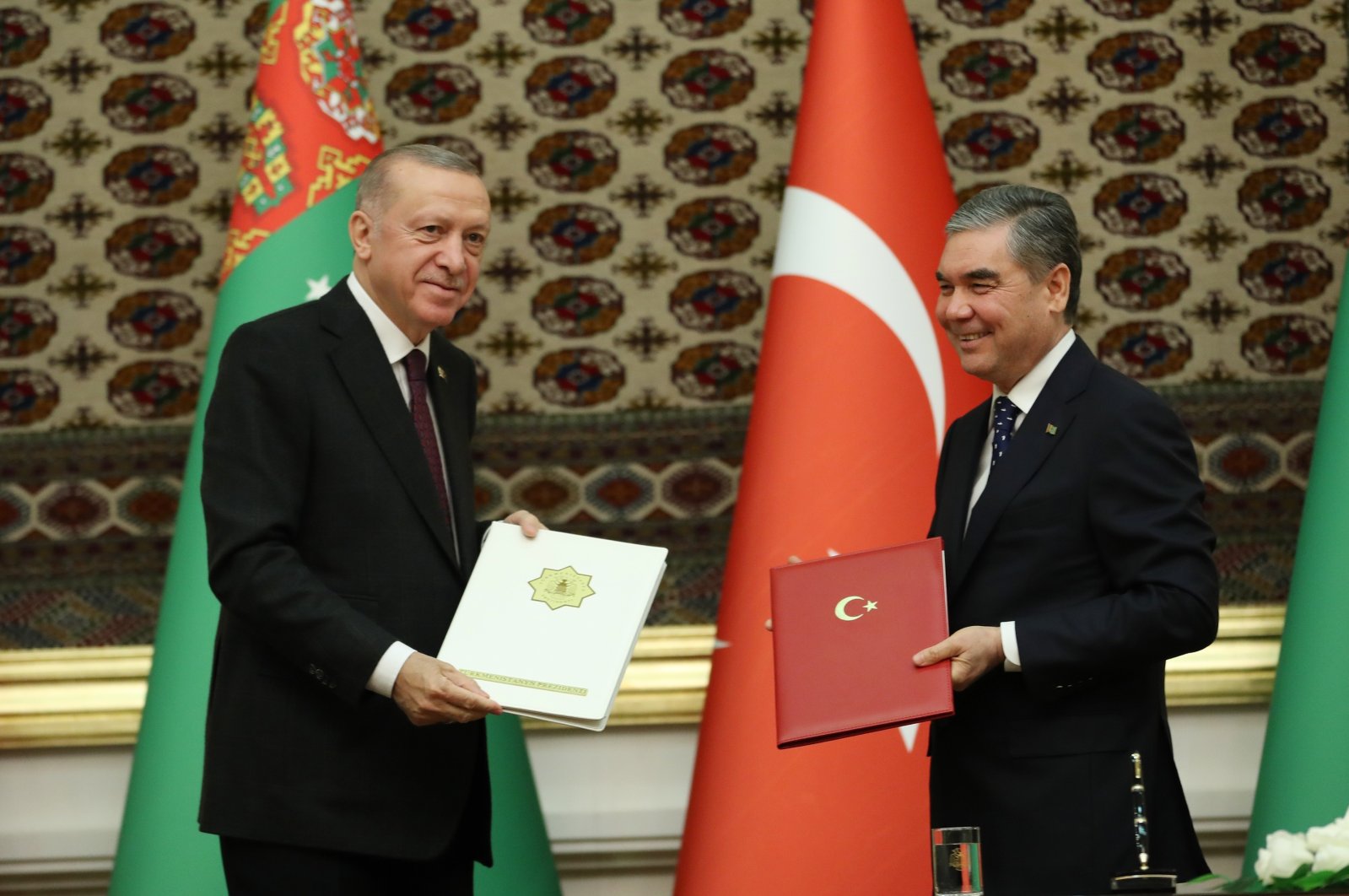 Following the ceremony, Erdoğan told a joint press conference that the two countries are determined to increase their trade volume to $5 billion.

Erdoğan and his Turkmen counterpart Gurbanguly Berdymukhamedov met at the Oguzhan Palace in the capital Ashgabat for a bilateral meeting, which was followed by the signing ceremony.

The Turkish president stated that measures to increase cooperation in land and air freight as well as energy were also discussed in the meeting.

ECO, which was founded by Turkey, Iran and Pakistan in 1985 as a follow-up of the Regional Cooperation for Development, was later joined by Afghanistan, Azerbaijan, Kazakhstan, Kyrgyzstan, Tajikistan, Turkmenistan and Uzbekistan in 1992.

The organization holds summits, ministerial meetings and regular sessions to cooperate on trade and investment.

During the 25th Council of Ministers Meeting of the Economic Cooperation Organization (ECO) on Saturday, Turkish Foreign Minister Mevlüt Çavuşoğlu said the body should do more in increasing trade and connectivity.

Asia has emerged not only as a production center but also as the largest consumer market, Çavuşoğlu said, pointing to opportunities brought by this development.

"ECO should act as a trade and economic cooperation bridge between Asia and Europe," he added.

Speaking about the pandemic and economic recovery, Çavuşoğlu said member states should benefit from ECO toward building an integrated region.

"We can only benefit more from global trade if we improve regional trade and connectivity," he explained.

Çavuşoğlu emphasized that the organization should focus on transportation and logistics corridors in the region to achieve that.

The minister said Turkey has been delivering on its commitments of the Economic Cooperation Organization Trade Agreement, known as ECOTA, and noted that the deal helps Turkey achieve meeting its $100 billion trade target.