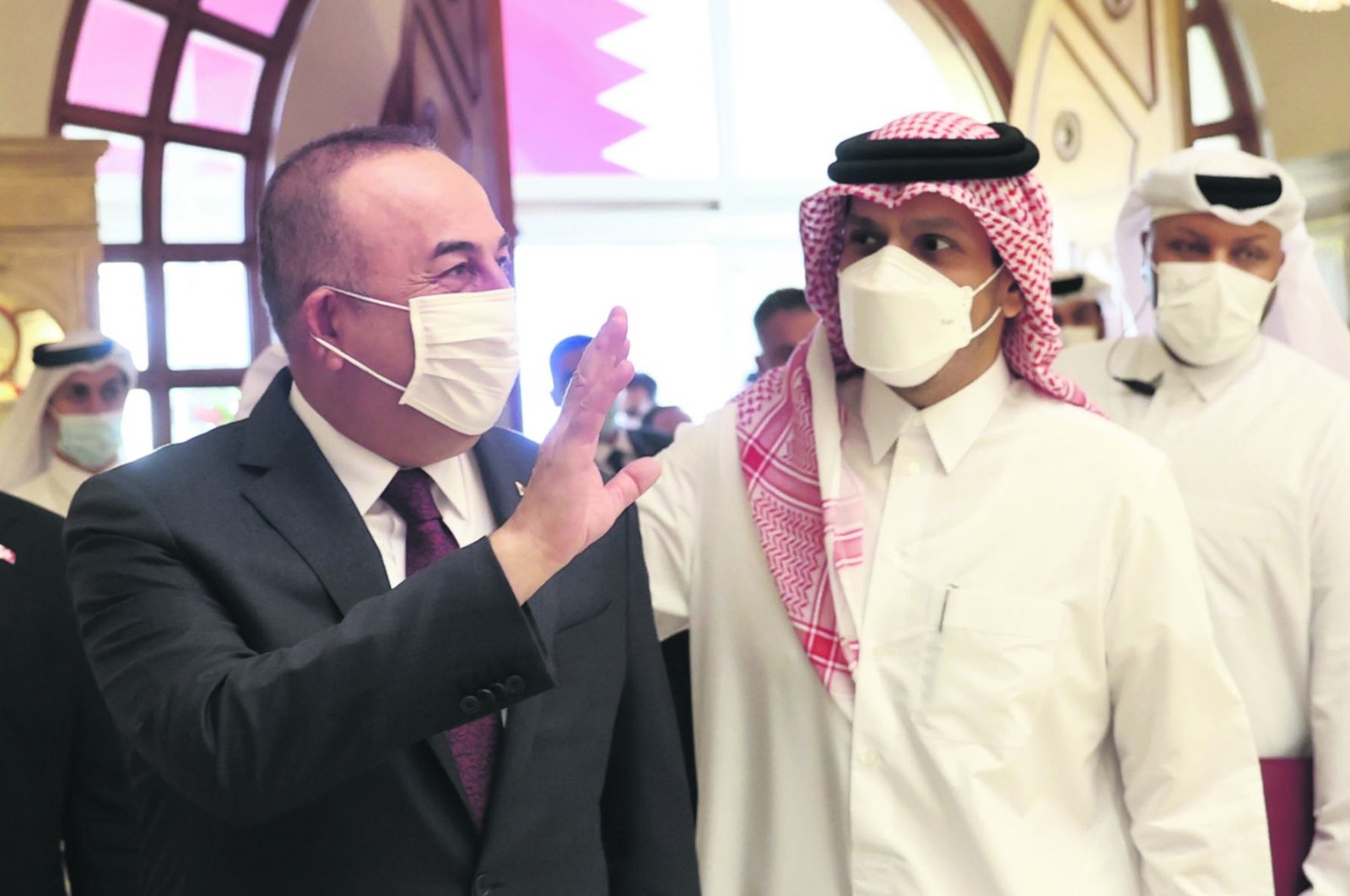 Qatar relies on the diverse economy of Turkey, the Gulf country’s foreign minister said Monday, pointing out that the Turkish economy is built on solid foundations.

“This enables the economy to overcome the situations it is in,” Foreign Minister Sheikh Mohammed bin Abdulrahman Al Thani said in Doha during a joint press meeting with Turkey’s Foreign Minister Mevlüt Çavuşoğlu.

His remarks came ahead of the seventh meeting of the Turkey-Qatar Supreme Strategic Committee, which will be headed by President Recep Tayyip Erdoğan and the emir of Qatar, Sheikh Tamim bin Hamad Al Thani.

Doha and Ankara are set to sign 12 new agreements during Erdoğan's visit to Qatar as the Gulf state keeps a close eye on the economic situation in Turkey, the Qatari foreign minister also said.

Last year, Turkey and Qatar inked a memorandum of understanding (MoU) to finalize the sale of 10% shares of Turkey’s stock exchange, Borsa Istanbul.

The deal, which also included future cooperation between the two institutions, came following the sixth meeting of the Turkey-Qatar Supreme Strategic Committee.

The two countries signed a total of 10 new deals at the time to further advance their relations.