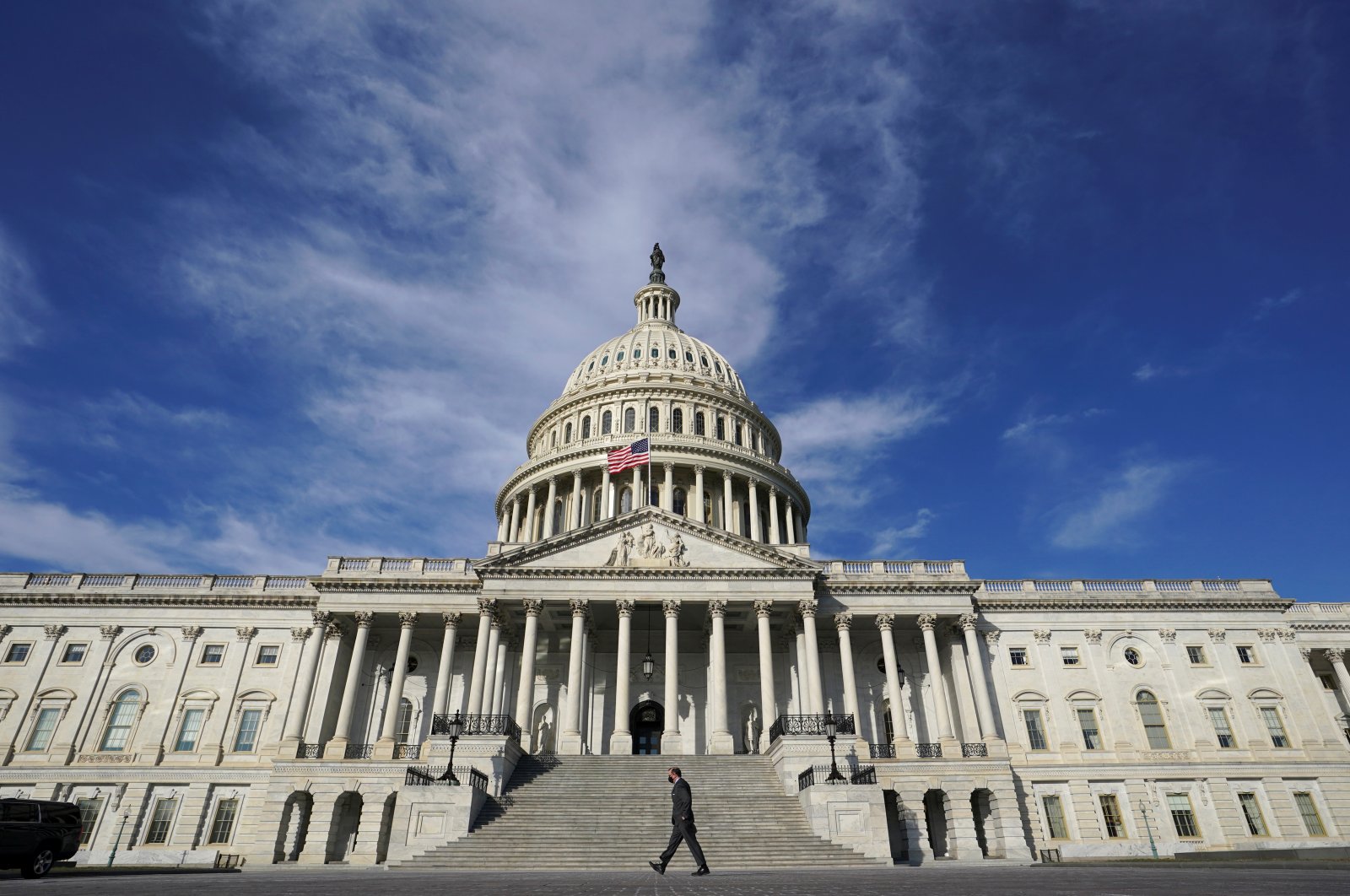 With the U.S.'s financial system on the brink of collapse, all but three Republicans voted against the massive stimulus package designed to protect millions of Americans from financial ruin.

It was early 2009, just weeks after Joe Biden was sworn in as vice president, and the vote marked the beginning of a new era of partisan gridlock in Congress. And for beleaguered Republicans coming off a disastrous election, it was their first step back to political power.

Democrats voted alone to stabilize the economy, and two years later, a Republican Party unified only by its unwavering opposition to Barack Obama's presidency seized the House majority.

Now, just weeks into the Biden presidency, the GOP is gambling that history will repeat itself.

Senate Republicans are expected to oppose a similar measure in the coming weeks, arguing that the bill is not focused enough on the pandemic. But with near-unanimous Democratic support, the measure could still become law.

It is far too soon to predict the political fallout from the first major legislative fight of the Biden era. But as the nation struggles to recover from the worst health and financial crises in generations, strategists in both parties agree that it is risky for Republicans to assume their 2009 playbook will lead to the same ballot-box success this time around.

“I think that the Republicans’ misread here is that it is the same, or that they can just oppose it and there’s no ramifications,” said John Anzalone, the Biden campaign’s chief pollster. “It’s a different world.”

“The definer of the legislation wins this battle,” Luntz said. “This could end up being the most important vote of 2021.”

There are reasons to believe that politics have changed since Republicans last unified against a sweeping stimulus package, not the least of which is Trump's omnipresence in the party.

At the same time, the scale of the economic devastation and disruption wrought by the coronavirus pandemic dwarfs that of the 2008 financial crisis. At its peak, roughly 9 million U.S. jobs were lost in the Great Recession, compared with the 22 million jobs lost to the coronavirus. A year after the pandemic began, nearly 10 million U.S. jobs remain lost, more than 20 million children are out of school, half a million Americans are dead, and roughly 100,000 businesses are feared closed forever.

Polling suggests that an overwhelming majority of voters — including a significant number of Republicans — supports the Democrats' pandemic relief plan. And the business community along with state and local leaders in both parties are crying out for help.

On the eve of the House vote, Oklahoma City Mayor David Holt joined 31 other Republican mayors in a letter encouraging leaders in both parties to approve the package.

“The major part of the bill that relates to cities is sorely needed,” Holt told The Associated Press, citing pandemic-related cuts to his city's police and fire departments. “I don’t know any blue or red state or blue or red city that doesn’t have a revenue shortfall due to COVID-19’s fallout.”

“We have tried to underspend and undersize what was really needed to get over the top of the mountain,” the Republican governor told reporters during a Friday coronavirus briefing. “You got a lot of people across this nation who are really hurting.”

Yet no Republican in Washington voted to support the sweeping $1.9 trillion stimulus package early Saturday.

Moderate Democratic Reps. Jared Golden of Maine and Kurt Schrader of Oregon were the only two lawmakers to cross party lines, joining 210 Republicans to vote against the legislation that ultimately passed 219-212.

“The swamp is back,” House Minority Leader Kevin McCarthy said shortly before the final vote, decrying what he called extraordinary “non-COVID waste” and a “blue state bailout.”

“Most states are not in financial distress,” McCarthy said.

The U.S. Chamber of Commerce, traditionally a Republican ally, declined to support or oppose the Republican position. Neil Bradley, the chamber's executive vice president and chief policy officer, said there is a need for a rescue package that is “targeted, timely and temporary.”

“There’s a lot to like in the plan,” Bradley told The AP. “But there's also a whole lot of elements that fail the test of targeted and timely and temporary.”

The chamber, like congressional Republicans, opposes Democratic efforts to boost the federal minimum wage to $15 hourly by 2025 from its current $7.25 floor. The Senate parliamentarian ruled Thursday that the progressive priority could not be included in the Senate version of the bill, although Senate Majority Leader Chuck Schumer is considering a provision that would penalize large companies that don’t pay workers at least $15 an hour.

Whether the minimum wage provision is included or not, Senate Republicans are expected to oppose the final package.

While there could be political fallout from the GOP's strategy in next year's midterm elections, Republican officials privately concede they are more concerned about the intense intra-party feud pitting Trump and his loyalists against leading establishment Republicans such as Senate Minority Leader Mitch McConnell and the No. 3 House Republican, Rep. Liz Cheney of Wyoming.

That divide is playing out this weekend at the Conservative Political Action Conference in Orlando, Florida, where Trump himself is expected to attack his party's establishment on Sunday as he returns to the public stage for the first time since leaving the White House.

“I think that Republicans need to recognize that what brings us together right now is the left-wing agenda of the Biden-Harris administration," Cotton told The AP. "The more that we focus on what they’re trying to accomplish in the Congress and through the president's executive actions, the more united we will be, and the more we will move public opinion in our direction.”

Americans for Prosperity, a conservative political powerhouse, opposes the Democratic-backed package as well, but its president, Tim Phillips, says it is unclear whether the GOP strategy will be enough to unite the deeply fractured Republican Party.

“This feels a lot like 2009 — that united the Republican caucus and the activist base in a way that probably nothing else could have,” Phillips said. “It served them well in 2009. I wonder if that’ll happen this time.”