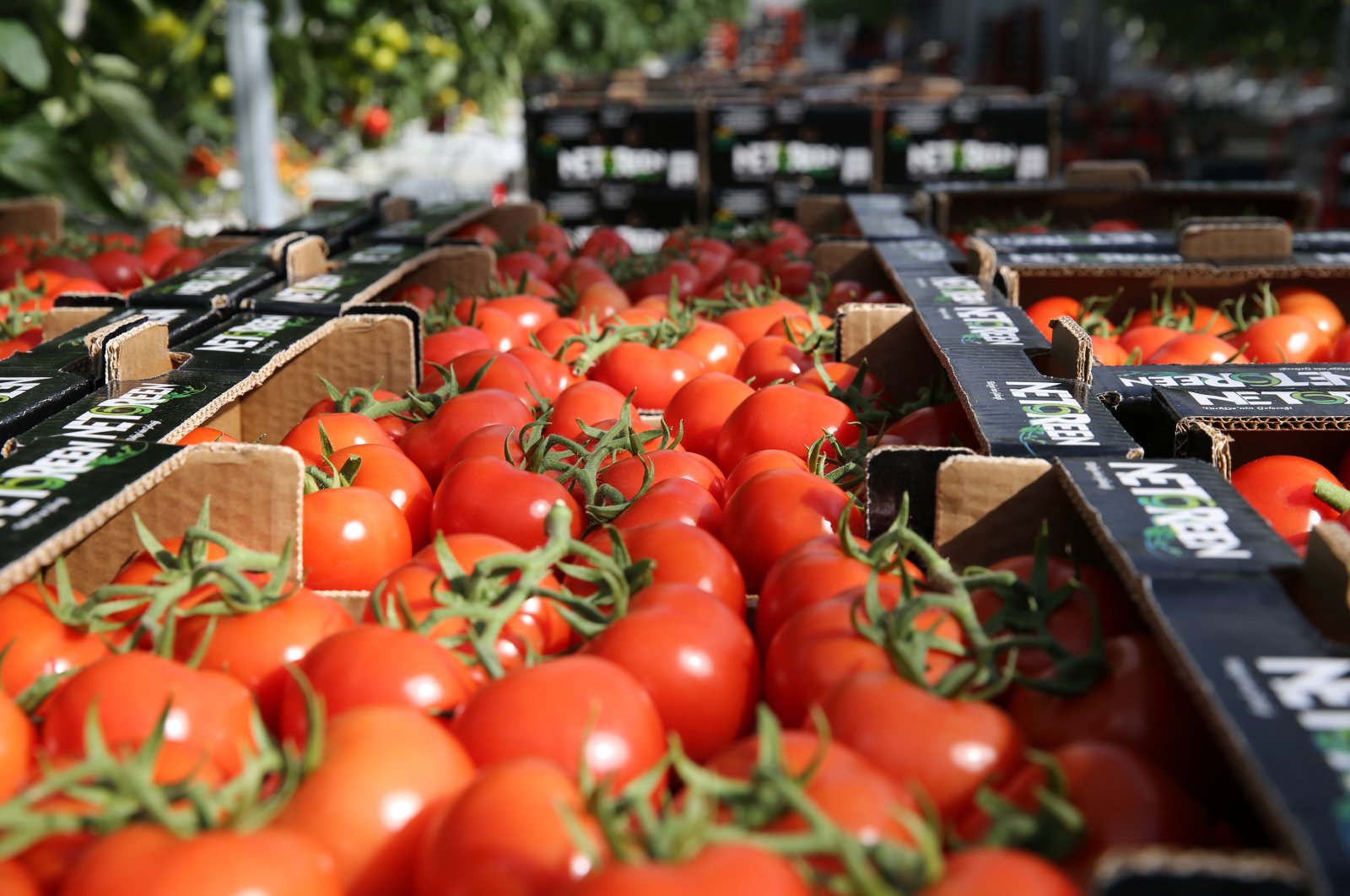 The Russian export quota for Turkey’s tomato producers and exporters this year will soon expire, a sectoral representative said, noting that they seek complete removal of the quotas that hamper trade.

The quota is being raised by 50,000 tons each time and currently, the Turkish exporters have only 4,458 tons left, which is set to expire in the next 15 days, said Cüneyt Doğan, a member of the board of directors of Antalya Commodity Exchange (ATB) said Monday.

Although this year's quota was fulfilled just in the middle of winter and summer production seasons, thus having less effect on the exports, Doğan said, however, the effects will be more visible with the beginning of the new season.

“Our demand is as always quotaless, limitless trade,” he said.

Russia – a huge market for Turkish exporters – has been applying the quota since 2017 on tomatoes produced in Turkey, mainly in the southern city of Antalya and the Mediterranean region in general. Such practice harms both the producers and exporters as they have reiterated many times their demand to lift the quota, which currently stands at 250,000 tons.

Turkey’s tomatoes exports increased by 3% in 2020 to $313.4 million (TL 2 billion), while most of the foreign sales were made to Russia, according to the data of the Turkey Exporters Assembly (TIM). Though there was a 28% year-on-year decrease in exports to that country, the total value of the sales was recorded as $62.2 million, down from $82.2 million in 2019.

Russia, which previously limited the purchase of vegetables from Turkey due to strained relations between the two countries, lifted the ban in November 2017 and instead set quotas.

The sanctions by Moscow were imposed in 2015 on vegetable imports after Turkey downed a Russian warplane that violated its airspace near the Syrian border.

A year later, in a clear sign of warming ties with Ankara, Russian President Vladimir Putin announced the decision to reopen many restricted Turkish exports during the World Energy Congress in Istanbul, where the two countries agreed to build an undersea gas pipeline to Turkey. However, the quotas, though increased from time to time, have remained on the tomato imports from Turkey, one of Russia’s major trade partners.