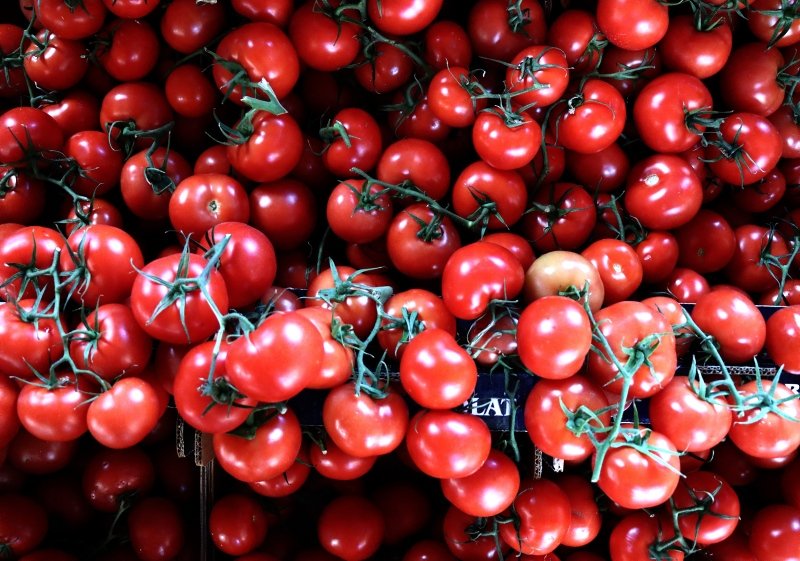 Local tomato exporters and producers welcomed Russia's decision to increase Turkey's tomato exports quota by 50,000 tons. They had been waiting for this decision as the upper limits of the quota were reached easily even before the end of last year.

Hayrettin Uçak, the chairperson of the Aegean Fresh Fruit and Vegetable Exporters Association, told Anadolu Agency (AA) Thursday that the raising of the quota from the previous upper limit of 200,000 tons to 250,000 tons for fresh or chilled tomatoes is pleasing news.

Uçak said that as a result of intense diplomatic efforts, a solution was found before the problem got out of hand.

Trade Minister Ruhsar Pekcan late Wednesday announced the raising of the quota via a Twitter statement. She said the approval process of Russia's decree on the subject has been completed and that the decree will come into effect after 10 days.

Turkey’s tomatoes exports increased by 3% in 2020 to $313.4 million (TL 2 billion), while most of the foreign sales were made to Russia, according to the data of the Turkey Exporters Assembly (TIM). Though there was a 28% year-on-year decrease in exports to that country, the total value of the sales was recorded as $62.2 million, down from $82.2 million in 2019.

Turkish exporters called for a removal of quotas on tomato sales to Russia last December as they had reached the limits of the quota by the end of November, a move they claim is supported by both Turkish exporters and Russian importers. Later in the same month, Interfax news agency reported that the Russian agriculture ministry has proposed increasing its quota for tomato imports from Turkey by 25%.

Uçak, however, said that the exporters still have the same demand of complete lifting of the quota.

Akdeniz Fresh Fruit and Vegetables Exporters Union Chairperson Nejdat Sin also told AA that they are very pleased to hear the announcement of an increase in the quota, stressing that the decision has come as a relief, especially for the producers.

“After the announcement of the decision, which we think will be beneficial for our industry, we immediately started preparations by meeting with our commercial attaches and resources in Russia. In the following days, we will restart exporting quickly,” he said.

He added that they are doing their best for a quota-free export process with Russia, one of the sector’s main markets.

Russia, which previously limited the purchase of vegetables from Turkey due to strained relations between the two countries, lifted the ban in November 2017 and set quotas.

Moscow imposed sanctions in 2015 on vegetable imports after Turkey downed a Russian warplane that violated its airspace near the Syrian border.

A year later, in a clear sign of warming ties with Ankara, Russian President Vladimir Putin announced the decision to reopen many restricted Turkish exports during the World Energy Congress in Istanbul where the two countries agreed to build an undersea gas pipeline to Turkey. However, the quotas, though increased from time to time, have remained on the tomato imports from Turkey, one of Russia’s major trade partners.

Turgut Demir, the chairperson of the chamber of agriculture in southern Mersin province, said the city is one of the main tomato producing centers in the country.

Reiterating that the producers have been waiting to export to Russia for a while, Demir said, “It is a good decision to increase the quota on tomatoes by 50,000 tons. I think there will be some relief and improvement.”

Abdullah Aslan, one of the tomato producers, said that they breathed a sigh of relief with the decision.

“We have not been able to export to Russia for about 20 days due to the quota limit. The quota decision was announced at an important time for greenhouse producers,” he said.

“We will start harvesting for export in the coming days. I hope our producers will smile again,” Aslan added.