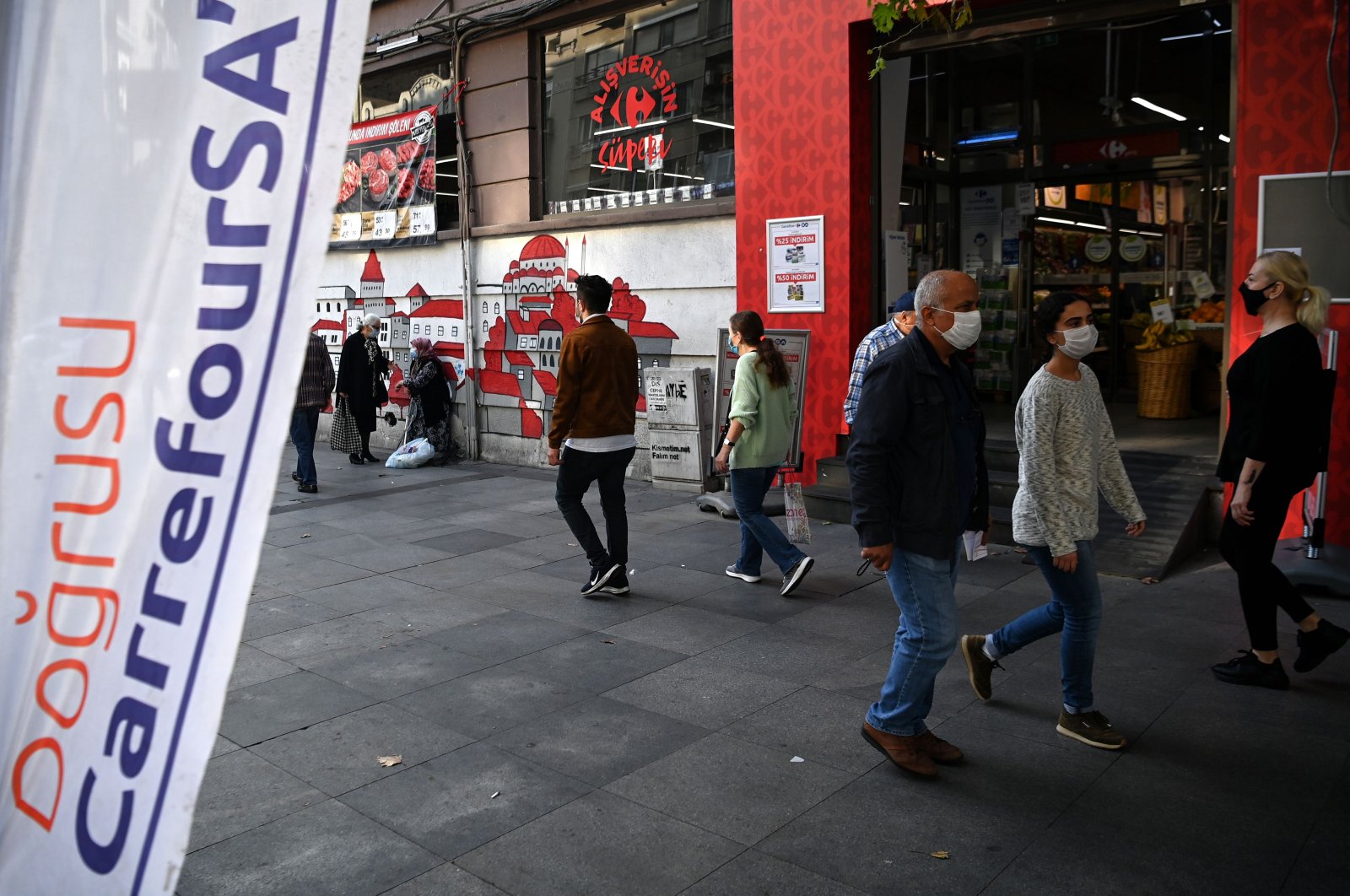 Erdoğan earlier vowed Turkey would get inflation under control as quickly as possible and pledged the government would prevent “unreasonable” price hikes.

“Markets are turning upside down with products collected by these five market chains,” Erdoğan told reporters in New York before returning to Turkey after attending the 76th session of the United Nations General Assembly (UNGA).

The president did not name the markets, but many suggested he was referring to BIM, Şok, Carrefour, Migros and A101, all of which saw their shares plunge in Friday trade.

Before his trip to the United States, Erdoğan had said the government would particularly tackle uncontrolled price hikes in food products.

“We are well aware of problems about the cost of living caused by inflation,” he said. “We will prevent excessive price increases on the shelves by placing inflation under control as soon as possible through lowering costs and fighting opportunists.”

Turkey’s annual consumer price inflation accelerated to 19.25% in August, above the central bank’s policy rate of 18% and its highest level in more than two years.

Asked whether these issues originated from the supermarket chains, Erdoğan said “it is where most of the business accumulates.”

He stated the five supermarket chains collect almost all the products, causing markets “to turn upside down.”

“If they behave more fairly at this point, both the citizen will be able to buy products at an affordable price, and the producer will have the opportunity to receive his earnings and money on time,” Erdoğan noted.

He underlined that the number of such stores is particularly high and continues to increase in cities in the Anatolian region, saying this significantly hurts the businesses of small-scale tradespeople in those cities, “thus eventually hurting the sector.”

A total of 249 chain stores are estimated to operate in Turkey, with the number of their branches reaching as much as 38,387. The share of the discount retailers in the whole sector is said to have reached 79% from 60% in the last 10 years.

The total retail sector, meanwhile, has reached a size of approximately TL 1.5 trillion ($169 billion) with some TL 450 billion of this estimated to be carried out by the organized (markets, etc.) retail sector.

The total turnover of local markets meanwhile is around TL 40 billion. Close to 1 million people are estimated to be employed in the organized retail sector.