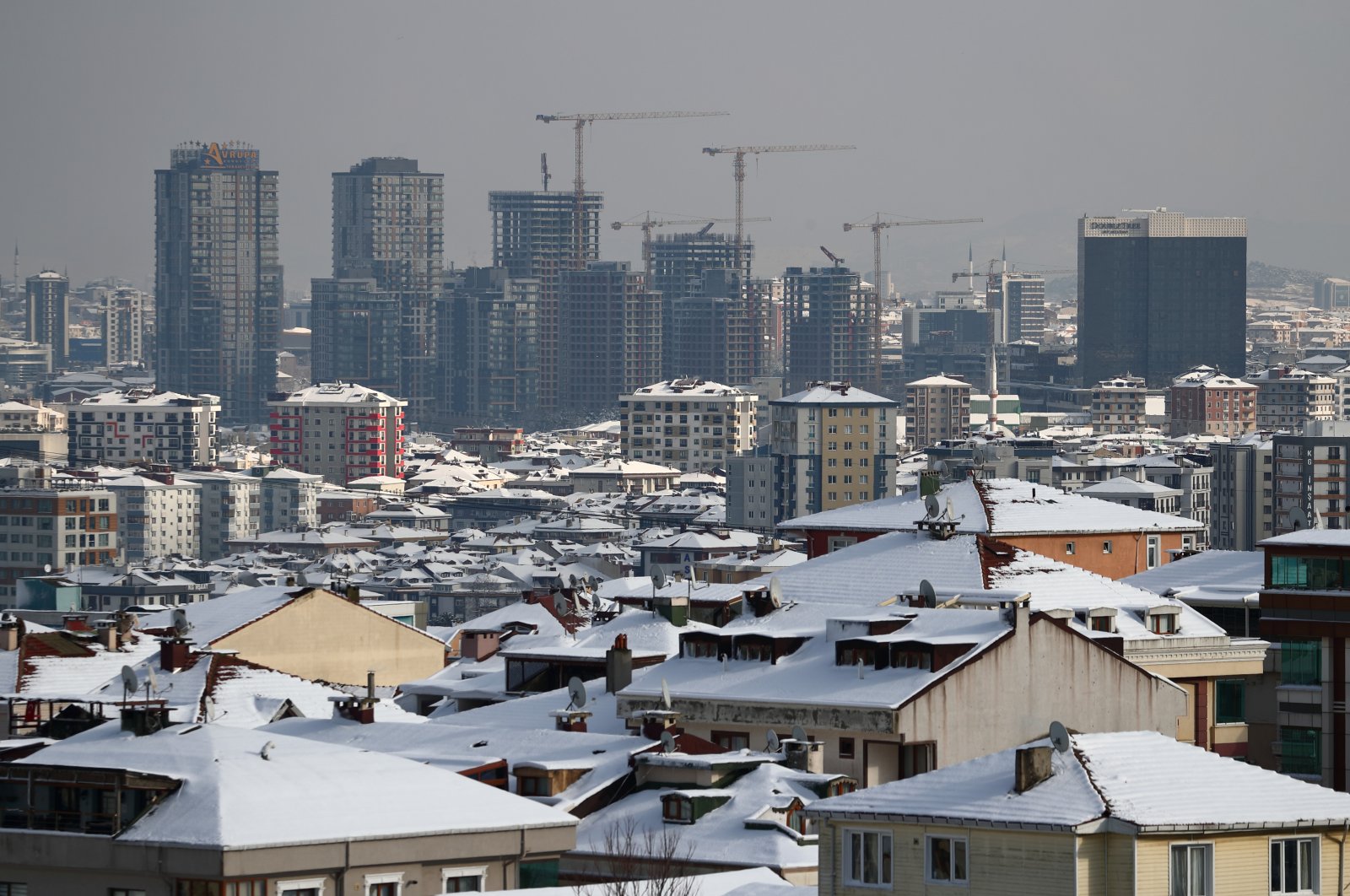 Turkey’s construction sector has emerged from its long spell in the wilderness to be a surprise winner in 2020 amid the coronavirus pandemic.

Top sector executives say, however, it was only a brief reprieve now that the government has turned its attention to fighting inflation rather than boosting credit, leaving builders facing higher costs, fewer buyers and a difficult year ahead.

House sales that boomed in the summer on the back of a state-driven lending spree have skidded in recent months as the central bank hiked interest rates by 675 points since November alone to 17% under its new governor, Naci Ağbal.

Sales of mortgaged houses in the year increased by 72.4% year-on-year, climbing to 573,337 units, the data showed.

A monetary tightening cycle began in the second half of the year. Both the Central Bank of the Republic of Turkey (CBRT) and President Recep Tayyip Erdoğan pledged to lower double-digit inflation, suggesting that tight monetary policy will continue to dampen mortgage sales and project financing, industry heads told Reuters.

“We benefited from the loans ... but it was short-lived,” said Ismail Kazanç, CFO of Torunlar REIC. “Plans for new projects are now hit by an increase in financing and construction costs, as well as fluctuating demand,” he said.

“We think the second half of 2021 will be better” as inflation and rates dip, Kazanç said.

The construction sector, long an important piston in Turkey’s economy, had contracted for eight straight quarters when the coronavirus pandemic hit.

The sector fared better than the wider economy when the crunch came, shrinking by just 2.7% in the second quarter of 2020 compared to a 9.9% contraction overall as lockdowns were imposed to curb the initial COVID-19 wave.

Construction then became the first sector to rebound, soaring by 6.4% in the third quarter as annual credit growth leaped to 50% driven by state banks and regulations meant to soften the fallout from the pandemic.

The country’s gross domestic product (GDP) roared to a more-than-expected 6.7% growth rate in the third quarter.

As recently as October, construction was the only sector to add jobs on an annual basis. In the six months to November, cash loans to the sector rose by TL 49 billion ($6.58 billion), propelling the hiring of some 500,000 workers.

Even while COVID-19 cases remain high and the economy has slowed into the winter, with mortgage sales dropping 71% last month, companies expect no new burst of fiscal or monetary support this year.

“Mortgage and commercial loan rates are expected to remain high,” said Tayfun Küçükoğlu, chairperson of the Construction Materials Industrialists Association (IMSAD). “Higher rates are likely to limit the performance of the sector in 2021.”

Reflecting last year’s boom, the construction sector’s share of overall GDP rose to 5.7% in September from 5.4% at the end of 2019 but from November to December alone, new business orders fell by 5.9 points, according to a sector report.

“The recent lockdowns and other coronavirus measures will slow business in the first quarter,” said Can Fuat Gürlesel, an economist and consultant for business associations.

“Neither loan nor mortgage rates can support the sector, which means the financing side is not likely to boost construction either.”