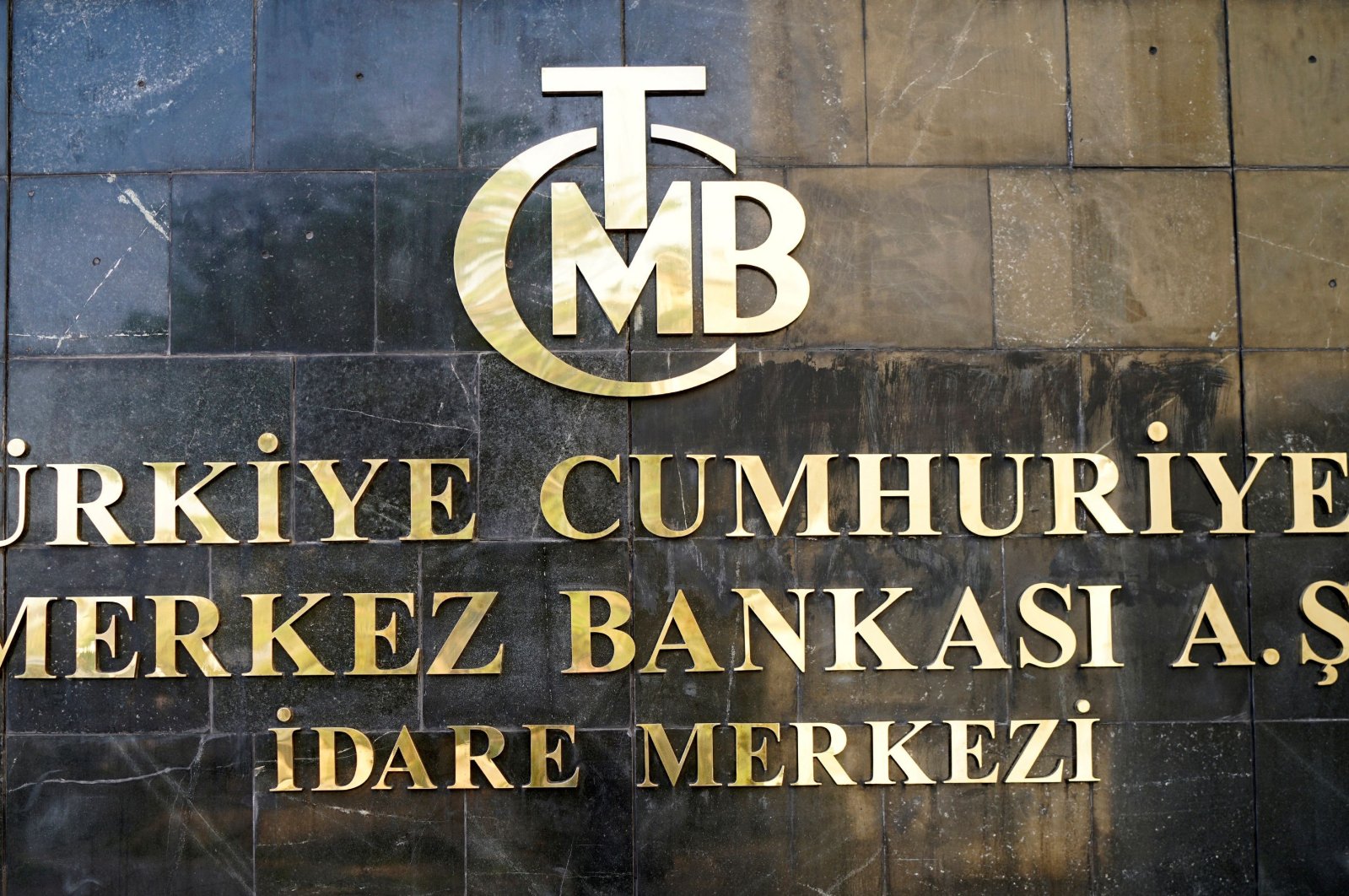 A logo of the Central Bank of the Republic of Turkey (CBRT) is pictured at the entrance of the bank's headquarters in the capital Ankara, Turkey, April 19, 2015. (Reuters Photo)
by DAILY SABAH May 28, 2021 4:04 pm
RECOMMENDED

Turkey’s central bank on Friday reiterated its pledge to continue to use every tool at its disposal to ensure its main priority – price stability – as it announced its Financial Stability Report, May 2021.

The tight monetary stance will serve as a significant buffer against external and temporary volatilities in the context of inflation expectations, pricing behavior and financial market developments, Central Bank of the Republic of Turkey (CBRT) Governor Şahap Kavcıoğlu was cited as saying in the report.

The CBRT held its benchmark policy rate – the one-week repo rate – steady at 19% on May 6 and pledged to maintain its policy stance until there is a significant drop in consumer prices.

Consumer inflation rose beyond 17% in April to its highest level in nearly two years.

Kavcıoğlu said the authority would continue to use all tools to ensure price stability.

He emphasized that the stability in the general price level would foster macroeconomic stability and financial stability through lower country risk premiums, a reversal in currency substitution, the onset of the upward trend in foreign exchange reserves and a perpetual decline in financing costs.

Separately, Treasury and Finance Minister Lütfi Elvan on Friday said that price stability was one of the main priorities for the government.

He said they have a holistic view when it comes to the fight against inflation.

“We will continue to support monetary policy with our fiscal policies. Of course, we are also closely monitoring credit development,” he noted.

The minister said the government will not compromise on opting for “macro-prudential measures” in the financial sector if necessary.

Kavcıoğlu also said the slowdown in loan growth, which has been on the decline since the last quarter of last year due to the tightening of monetary policy, is expected to continue.

The bank’s report said the decelerating impact of the current tight monetary stance on loans is expected to become more pronounced in the upcoming period and that the annual loan growth rates would continue to decrease along with the impact of the base effects that will kick in during the summer months.

Presenting the quarterly inflation report late last month, the central bank estimated that inflation would peak in April and decline to 12.2% by year-end, up from an initially forecast 9.4%. It aims to bring it down to 5% by 2023.

As the world emerges from the pandemic, global inflation has risen and has pushed up U.S. bond yields. That in turn pulls funds from emerging markets such as Turkey, putting more upward pressure on domestic prices due to its high imports.