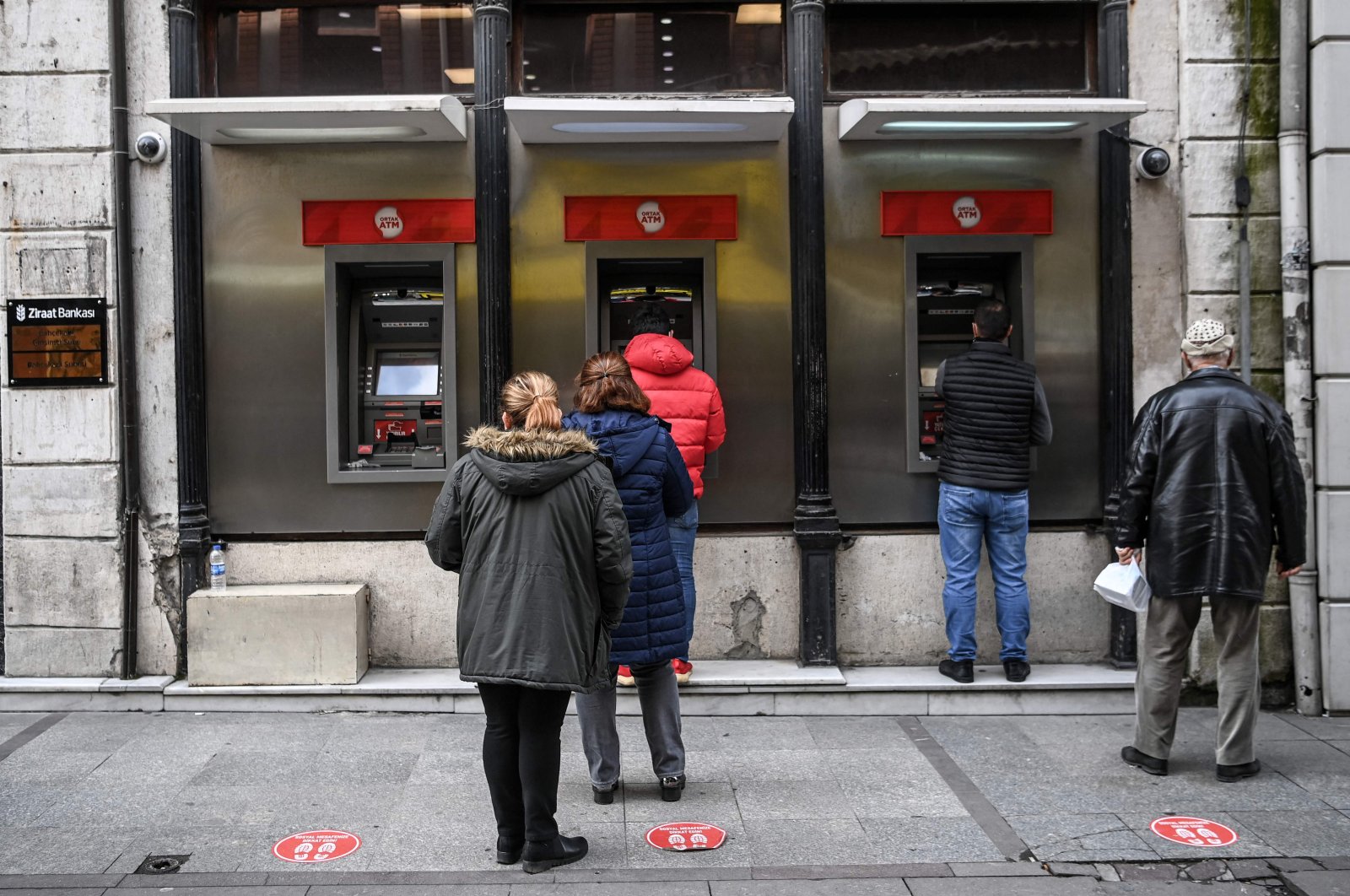 The Central Bank of the Republic of Turkey (CBRT) Thursday left its benchmark interest rate unchanged for the second straight month as expected and reiterated a pledge to keep it above inflation, which the bank expects to cool from its likely peak in April.

The Monetary Policy Committee (MPC) kept the one-week repo rate at 19% and the bank repeated its determination to use all available instruments to ensure the primary objective of price stability.

The decision came in line with market expectations amid price pressures, while analysts predict that cut is not on the horizon until at least the third quarter.

In a statement following the second MPC meeting under the new Governor Şahap Kavcıoğlu, the bank reiterated the pledge to keep the key policy rate – the one-week repo rate – above inflation, which climbed to 17.14% in April to its highest level in nearly two years.

The rise was driven by a depreciation in the Turkish lira and pricy commodity imports, pressuring the new central bank chief to keep policy tight.

"The policy rate will continue to be determined at a level above inflation to maintain a strong disinflationary effect until strong indicators point to a permanent fall in inflation and the medium-term 5% target is reached," the bank said.

The monetary authority also said that past rate hikes, including in March, have begun to cool demand in the economy. It also dropped a reference made in April’s policy statement to “maintain the tight monetary stance.”

Demand and cost factors, supply constraints in some sectors and high levels of inflation expectations continue to pose risks to the pricing behavior and inflation outlook, it noted.

“The decelerating impact of the monetary tightening on credit and domestic demand has begun to be observed,” the bank said.

“Taking into account the high levels of inflation and inflation expectations, the current monetary policy stance will be maintained until the significant fall in the April Inflation Report’s forecast path is achieved,” it added.

Presenting the quarterly inflation report last week, the bank estimated that inflation would peak in April and decline to 12.2% by year-end, up from 9.4%.

Some analysts said it would peak in April and enter a downward trend in the aftermath, while others said it could keep rising into May or even June and that the high levels of inflation are likely to keep the central bank from cutting its policy rate.

“With inflation being where it is right now, it was more so important for the CBRT to continue to reinforce a relatively hawkish message to markets, and that is exactly what it did,” said Ima Sammani, an FX analyst at Monex Europe, but noted that the CBRT may be called into action if inflationary momentum continues.

The fact that the bank said it would keep nominal interest rates above inflation “offers some room for the CBRT to lower interest rates in the near future given that real rates are currently positive,” Sammani said in an emailed note following the decision.

“The question going forward is whether Turkish inflation reached its peak in April already, aligning with the CBRT’s forecasts for a cyclical peak around 17-17.5%, or whether the peak will only come later on in Q2,” she added.

“This ultimately depends on May’s inflation print, as this would help the CBRT gauge whether April’s reading was the cyclical peak or not. For this reason, we expect the next CBRT meeting on June 17 to be of more importance to currency markets than today’s meeting.”

If the May inflation data "indeed comes out lower than the April ‘peak’ of 17% expected by (the Turkish central bank)... we think the likelihood of monetary policy easing at the June meeting will be stronger,” said Berna Bayazıtoğlu, an analyst at Credit Suisse.

Kavcıoğlu has sought to convince onlookers that he will be as decisive as his predecessor, Naci Ağbal, in bringing down inflation to a 5% target over the next three years.

Producer prices were up 35.17% year-over-year in April, from 31.20% in March. Higher producer prices are often passed on to consumers.

The central bank Thursday also said that past rate hikes, including in March, have begun to cool demand in the economy. It also dropped a reference made in April’s policy statement to “maintain the tight monetary stance”.

The CBRT emphasized Thursday that stability in the general price level will foster macroeconomic and financial stability positively through the fall in the country risk premium, a reversal in currency substitution, an accumulation of foreign exchange reserves and a perpetual decline in financing costs.

"This would create a viable foundation for investment, production and employment to continue growing in a healthy and sustainable way," the statement read.

The delayed expectations of a rate cut suggest that Kavcıoğlu, who has promised that the policy rate will remain above inflation to maintain a strong and disinflationary impact, has managed to convince markets that an early rate cut will not be delivered.

In a Reuters poll, all 18 economists forecast the bank would keep its one-week policy rate unchanged, before easing likely in the third quarter.

Out of 15 participants who responded to a question about the timing of a rate cut, 10 expected the first cut in the third quarter, while two expected it in the second and three in the fourth.

Morgan Stanley forecast last week that the bank would keep its interest rates on hold until the fourth quarter due to price pressures.

“The statement repeated the line that nominal interest rates would be kept above inflation, which already offers scope for interest rates to be lowered,” Tuvey noted.