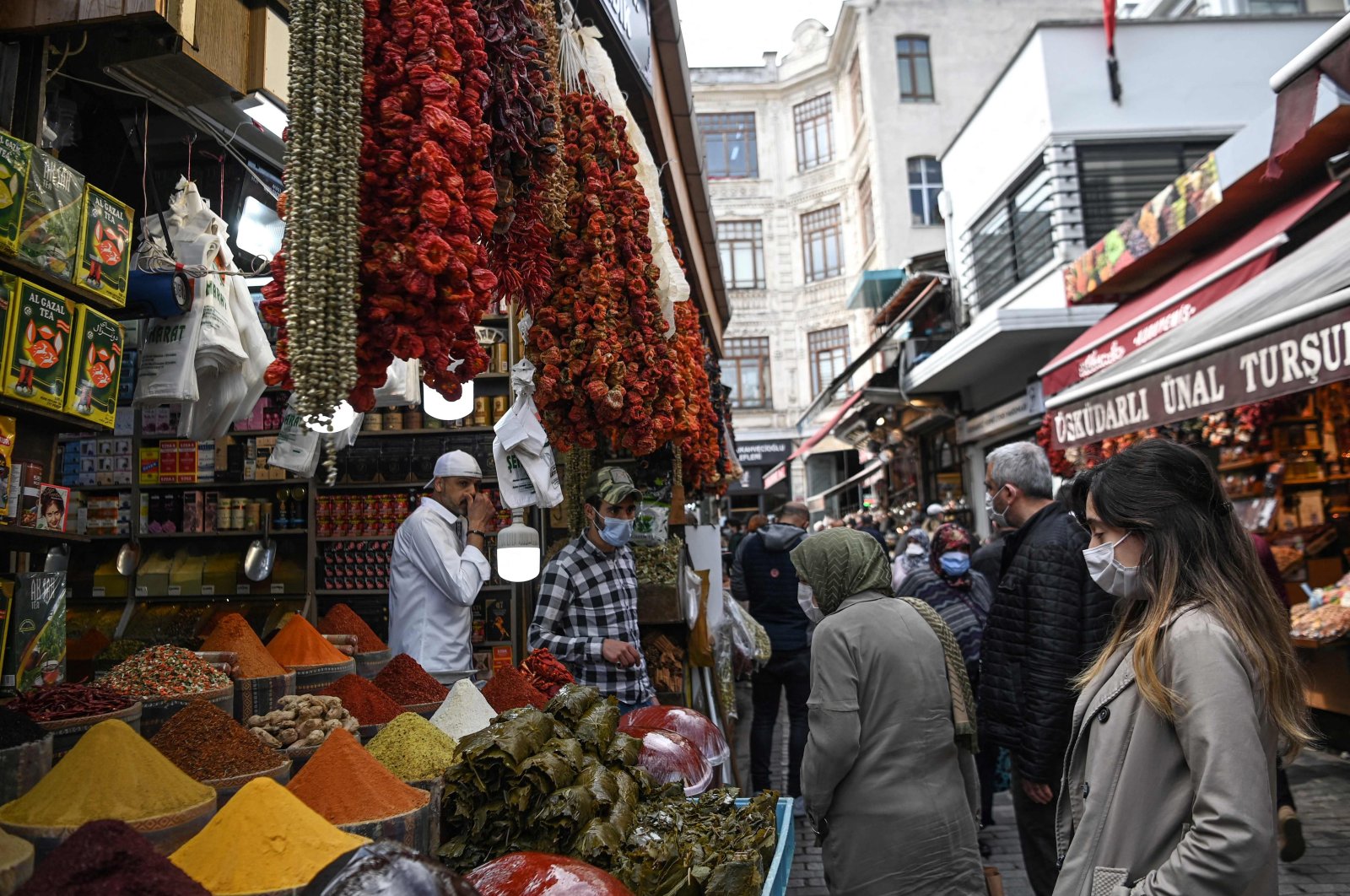 Turkey’s central bank on Thursday increased its year-end inflation forecast to 12.2% as it announced the second quarterly inflation report of the year and the first under the new governor.

The forecast was revised upward from 9.4% in the previous report, Central Bank of the Republic of Turkey (CBRT) Governor Şahap Kavcıoğlu said, stressing that a tight monetary policy would be maintained, as high inflation expectations continue to negatively impact the inflation trend.

Presenting the quarterly report for the first time since he was appointed last month, Kavcıoğlu said the policy rate, now at 19%, would be set above inflation, reiterating determination to use all tools to achieve price stability.

The annual consumer price inflation edged higher in March to above 16% and is expected to head a bit higher, signifying the need to maintain the tight policy.

Inflation is expected to peak in April before entering a downward trend afterward.

"The policy rate will remain above realized and expected inflation until inflation converges to the target," he said.

The lira firmed slightly as he spoke before settling back to trade flat on the day, at 8.165 versus the dollar at 9:03 a.m. GMT.

Former CBRT Governor Naci Ağbal had raised the policy rate from 10.25% to 19% to curb inflation before he was replaced by Kavcıoğlu on March 20 after about five months on the job and two days after the higher-than-expected 200 basis points rate hike.

The inflation rate is expected to top 17% this month, according to a Reuters poll this week. Some analysts, including Goldman Sachs, expect it to reach as high as 18%.

The Turkish Statistical Institute (TurkStat) is scheduled to release April inflation data on May 3.

The depreciation in the lira, as well as high energy and other commodity prices, pushed producer price inflation above 31% last month.

The central bank also raised its 2022 inflation forecast more modestly to 7.5%, up from 7%, and said 2022 food price inflation was forecast at 9.8%, compared to 9.4% in the previous report presented three months ago.

Kavcıoğlu reiterated the goal to bring down inflation to the 5% target over the next three years.

The governor said that high inflation expectations continue to hurt price trends, adding economic activity should slow in the second quarter and that employment was lagging behind growth.

Kavcıoğlu underlined that the upward revision stemmed from an increase in assumptions for Turkish-lira-denominated import prices, output gap and food inflation.

High-frequency data, along with credit developments and the normalization period, indicated that the economic activity continued its strong course, he said. "However, depending on the course of the pandemic and the vaccination process in the upcoming period, there are risks on the economic activity in both directions."

The investment appetite of the industrial firms gives positive signals despite the limiting impact of the pandemic on some service sectors' employment, the governor noted, saying the investment demand, which began to recover in the second half of 2020, strengthened in the first quarter of this year.

"In this period, it was observed that the demand for investment loans increased and investment tendency especially in large firms strengthened," Kavcıoğlu noted.