Tunisia in talks with Saudi Arabia, UAE to obtain funds 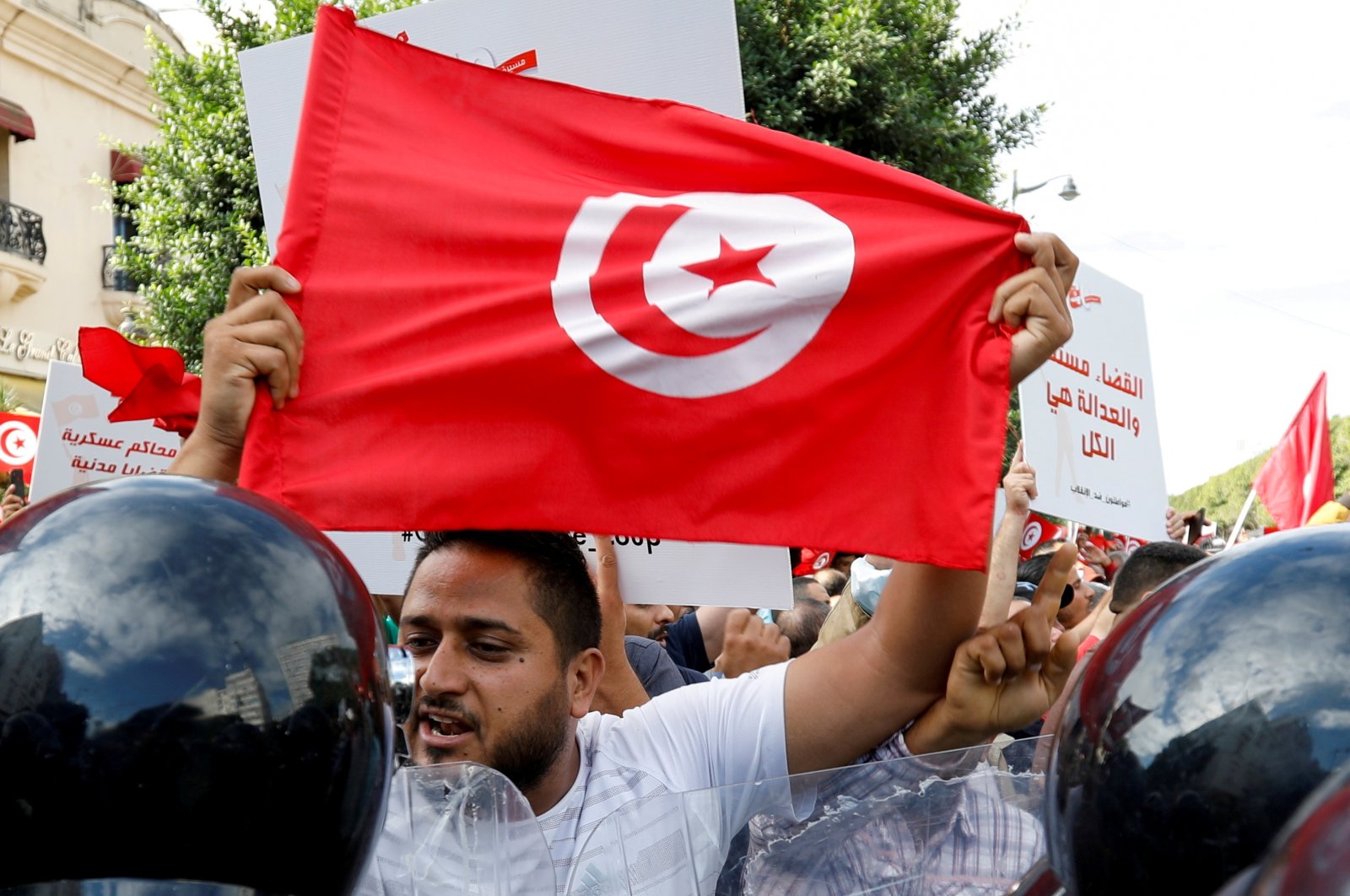 A demonstrator carries a Tunisian flag as he speaks with police during a protest against Tunisian President Kais Saied's seizure of governing powers, in Tunis, Tunisia, Oct. 10, 2021. (Reuters Photo)
by Anadolu Agency Oct 16, 2021 7:43 pm
RECOMMENDED

Tunisia's Central Bank is in advanced talks with Saudi Arabia and the United Arab Emirates (UAE) to obtain financial resources, a senior banker said on Saturday.

The statement was given by Abdel Karim Lassoud, the bank's general director of finance and external payments, to the local Shams FM radio, without giving any further details.

There was no comment from Saudi and Emirati authorities on the report.

Lassoud said it is important for the North African country to reach an agreement with the International Monetary Fund in order "to introduce important reforms to the Tunisian economy."

Tunisia is currently negotiating with the IMF to obtain a $4 billion loan but the negotiations were suspended due to political instability in the country.

Tunisian President Kais Saied is under strong international pressure, especially from Western powers, to announce a clear road map for a return to constitutional politics after seizing a wide range of powers in July. He unveiled a new government on Monday but gave no indication that he was ready to relinquish control.

Lassoud denied reports that Tunisia is unable to repay its foreign debts and is trying to reschedule its debts with the Paris Club, a group of government creditors.

He stressed that Tunisia can fulfill its foreign commitments for the remainder of 2021.

He said he expects that Tunisia will not face any problem in repaying its debts if an agreement with the IMF is reached and reforms are kickstarted at the beginning of 2022.

Tunisia is in the grip of a severe political crisis coupled with the repercussions of the COVID-19 pandemic.