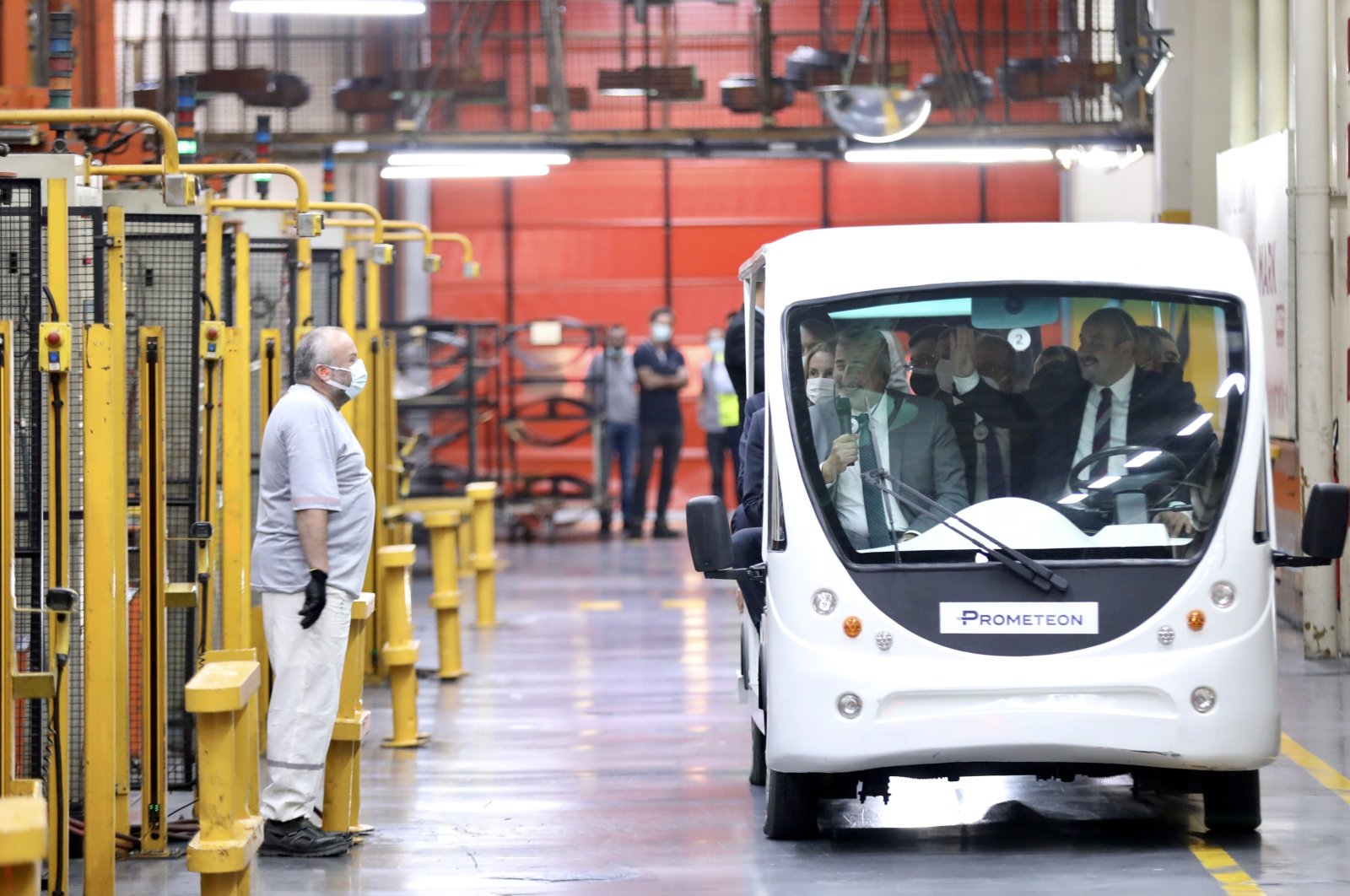 Turkey is a safe harbor with tremendous opportunities for investors, thanks to its strong financial system, stable macroeconomic structure and attractive incentives, Technology and Infrastructure Minister Mustafa Varank said Thursday.

The minister was speaking at the opening of a new research and development (R&D) center of Prometeon Tyre Group, in northwestern Turkey's Kocaeli province.

Varank said that even during the pandemic, he had visited the city on several occasions to inaugurate new projects and investments.

The minister added that the city last week hosted an electric vehicle competition organized as part of one of the world’s largest aviation and technology event, Teknofest. Thousands of students have participated in the competition with their unique designs.

He said there “is no upper limit of what Turkish youth can achieve when the necessary opportunity and possibility is provided to them.”

Varank stressed that the number of high-technology products like the Akıncı unmanned combat aerial vehicle (UCAV), which was recently delivered to the army, will go up in the near future and that Turkey will no longer be a market for “critical technologies but will rather be the producer of them.”

He said Kocaeli offers attractive opportunities for investors with qualified human resources, technological competencies, infrastructure and production capabilities. Many national and international companies have already invested in the city, he added.

"Prometeon, which has been producing in Turkey for nearly 60 years, has chosen Turkey as the management center of the Middle East-Africa-Russia region because our country is a safe harbor for investors with a strong financial system, stable macroeconomic structure and attractive incentives. You can be sure of this, everyone who invests here has won, and will continue to win,” the minister said.

He added that the investment has important value for the country, due to production, exports and employment factors.

"It also contributes significantly to the current balance of our country by exporting approximately 50% of its total production to different markets in the world. Thanks to the R&D center we opened today, commercial Prometeon tires, which will be sold to the whole world from now on, will bear the signature of Turkish engineers,” he said.

Varank said the capacity of Prometeon, which has developed nearly 30 joint projects and eight patents with the Scientific and Technological Research Council of Turkey (TÜBITAK), will increase further with new R&D investments.

“Prometeon Group is also one of our valuable investors who take initiatives on climate change. This new R&D center carries out important studies on tires that reduce fuel consumption and carbon emission. I personally believe that they will develop innovative products and methods.”

Promising that the ministry will always support initiatives that contribute to production, employment and exports, while also being environmentally friendly, Varank said they have supported the opening of the new R&D center from the beginning with significant exemptions.

“We are working hard to ensure no city remains without a Technology Development Zone, no company goes without R&D and design centers in our country. We have established an encompassing ecosystem to encourage the private sector toward R&D works,” Varank said.

He emphasized that knowledge is the dynamite and driving force behind economic development. “Today, the production, storage and dissemination of knowledge is an important part of the economy. R&D and innovation capacity are seen as the source of growth for countries rather than labor and capital.”

“On this occasion, I invite all, especially global companies operating in high-tech sectors, to Turkey to make production and R&D investments. Come and see the opportunities here. Let's evaluate them and let's win together.”