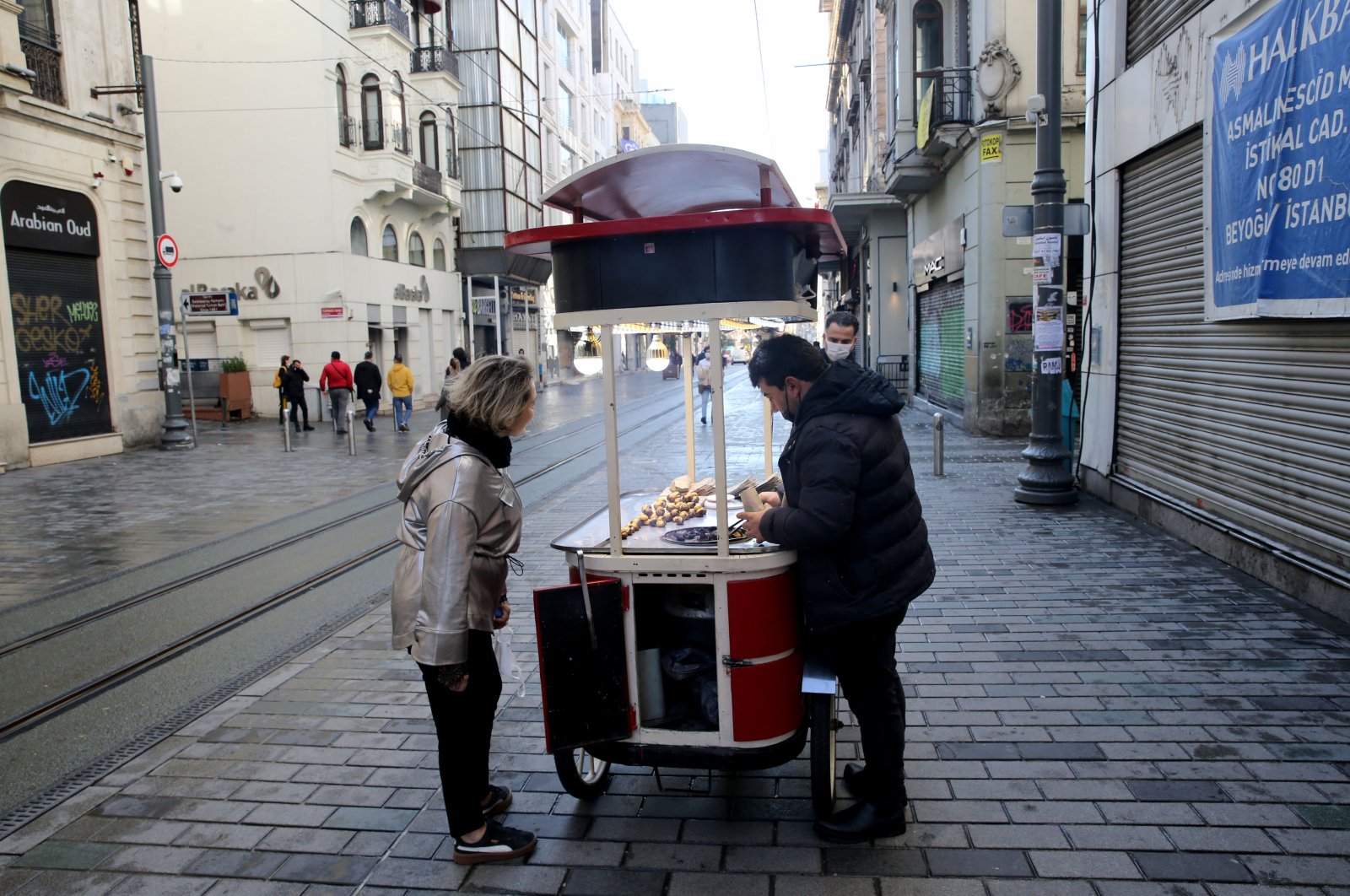 People on Istiklal Avenue, one of the city's main shopping streets, with closed stores in the background during the coronavirus outbreak, Istanbul, Turkey, Jan. 24, 2020. (AA Photo)
by DAILY SABAH Jan 25, 2021 1:35 pm
RECOMMENDED

Turkey has postponed the taxes of businesses whose activities have been temporarily suspended due to the measures to curb the spread of the coronavirus outbreak, Treasury and Finance Minister Lütfi Elvan said Monday.

In the latest move, published in the country’s Official Gazette, income tax, withholding tax and sales tax payments for businesses that were closed due to the pandemic will be deferred. This comes after they were included within the scope of force majeure effective Dec. 1 last year.

Elvan wrote on Twitter that cafes, cinemas, various sports facilities, tea gardens, internet cafes, amusement parks and Turkish baths that have been closed due to lockdowns would benefit from the move.

Measures to combat the spread of the coronavirus in spring last year led to a sharp slowdown in Turkey’s economy in the second quarter, and the government has taken a series of measures to ease the burden and revive activity.

Rising COVID-19 cases throughout the country prompted the government to reimpose measures as of late November as it adopted lockdowns for weekends and nighttime curfews on weekdays.

It limited the working hours of some businesses, including restaurants, cafes and shopping malls. While restaurants and cafes are limited to serving takeout only and establishments with higher infection potential, like swimming pools and Turkish baths, were shut down.

Trade Minister Ruhsar Pekcan also said on Twitter that the regulation on the postponement of some tax payments was among the demands of tradesmen, artisans and merchants, whose businesses remained closed during the pandemic.

Other VAT reductions introduced in several sectors will also remain in effect until June.

Erdoğan said in December that the government would provide tradespeople with nearly TL 5 billion ($677 million) worth of support for three months.

The government will pay shop owners negatively affected by the pandemic TL 1,000 for three months, benefiting nearly 1.24 million people, including 806,871 citizens and 432,657 business owners who are directly affected by the lockdowns.

The money will be extended as a grant and businesses such as taxis, minibusses, service vehicles, bazaar vendors, tailors, auto mechanics, hostels, dorms and kindergartens will benefit from it. In metropolitan cities, shop owners will be given TL 750 worth of rent support, while other cities will receive TL 500.