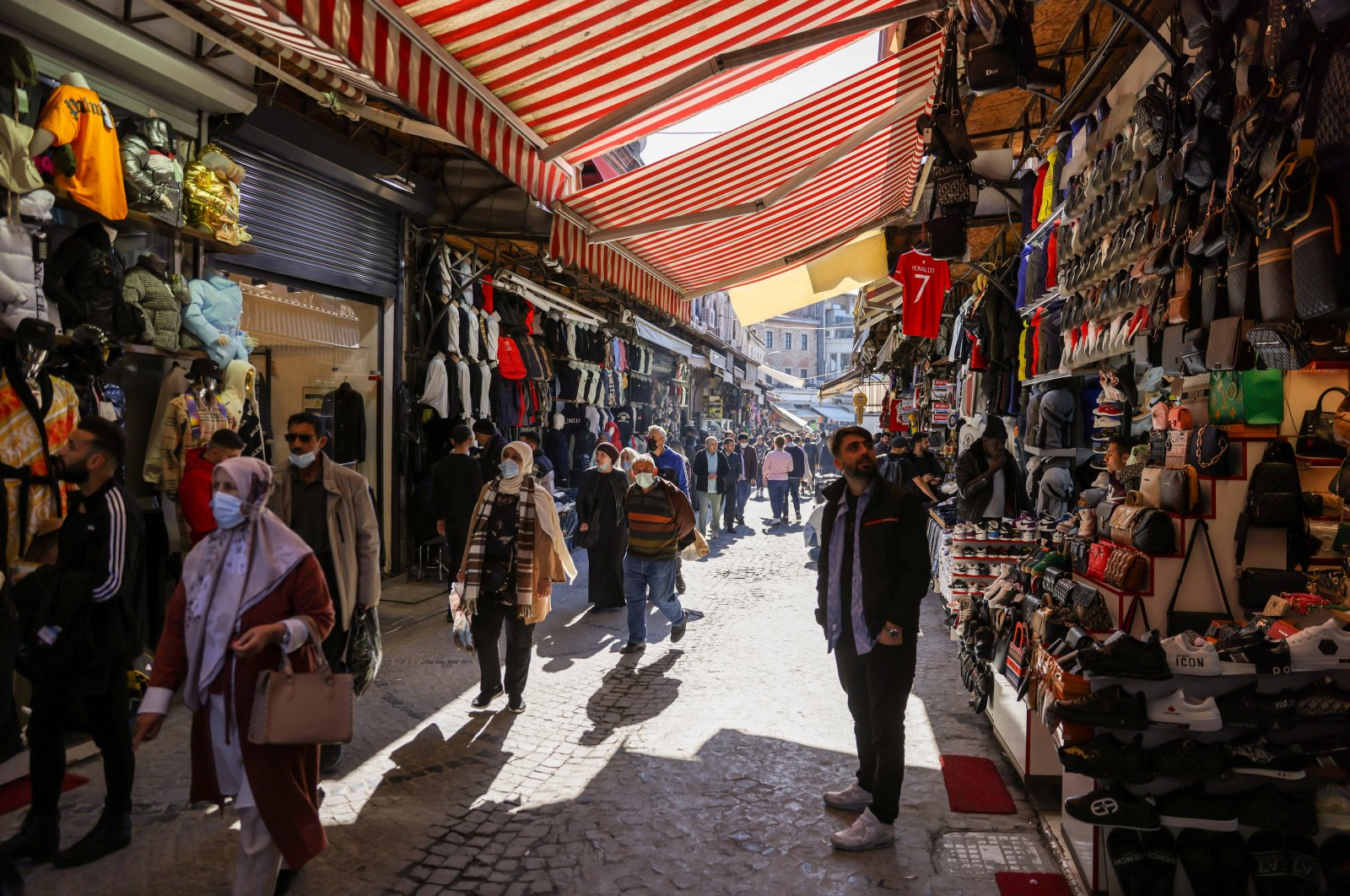 Turkish government officials have said arrangements are being made to increase earnings to support households and offset pressures stemming from a rise in consumer prices.

The signal comes after the government earlier this week was reported to have been planning a fiscal stimulus to boost wages and cut certain taxes to support citizens who are particularly affected by high inflation.

Labor and Social Security Minister Vedat Bilgin said Friday they are “making calculations” and that there will be an “arrangement” that will “bring a relief, protect our workers and remove the minimum wage issue from Turkey’s agenda.”

A deep nationwide survey to determine public expectations is underway, Bilgin told the Parliament’s Planning and Budget Committee in the capital Ankara.

The talks were marked by how much the government would raise the minimum wage, which currently stands at a net of TL 2,825 ($292) a month.

Labor and Social Security Ministry officials are due to hold talks with unions representing employers and employees to determine the new minimum wage for 2022.

“We are conducting a survey about the minimum wage throughout Turkey. We are acting with the idea that a minimum wage level should be determined that will protect labor in the face of inflation,” Bilgin said.

Treasury and Finance Minister Lütfi Elvan has also touched upon the minimum wage arrangement. Elvan on Thursday said one of the issues that President Recep Tayyip Erdoğan particularly focuses on is that “citizens should not be oppressed by inflation.”

“We are working in strong cooperation with our relevant ministries, and we will show the necessary sensitivity in this regard, especially the minimum wage,” Elvan told Turkey 2023 Summit, organized by Turkuvaz Media Group’s Sabah daily and broadcaster A Para.

The commission meets four times before it announces a decision by the votes of a large majority. If the votes are split down the middle, the decision of the commission's president prevails.

Addressing the same event, Erdoğan said they were “aware of the difficulties experienced by our citizens,” stressing the government “will take measures to reflect the costs in the most minimum way possible.”

“We are taking the necessary measures to reflect the costs caused by the deteriorating economic balances on a global scale due to the pandemic in a minimum way,” the president said.

Turkey’s public finances are strong compared to emerging market peers, leaving it room for potential fiscal stimulus. The budget deficit has dipped to 1.5% of the gross domestic product (GDP) so far this year and is projected to be about 3.5% for this year and next.

Family and Social Services Minister Derya Yanık on Monday said that TL 2.5 billion in aid will be provided to ease fuel and electricity expenses for needy citizens during the winter.

Among the options being considered by the government is lifting the minimum wage by more than the inflation rate, as well as providing relief on the rising cost of energy and raising the salaries for some civil servants, two senior officials familiar with the plan to tap the country’s relatively strong budget told Reuters this week.

“There is a bit more tightness than there should be in the budget. This must be opened somewhat and a step will be taken in this regard (at least) from the start of next year,” said one senior official.

“Work is being done so that those with low incomes are impacted less by inflation,” the person added.

The bank says inflation is temporary and has signaled more, albeit less aggressive, easing before the end of the year. Last week, it said achieving a current account surplus would ease the Turkish lira pressure.

In a speech on Thursday evening, Elvan dismissed some analysts’ view that the government sought a weak lira to support exports. He said Turkey had a floating exchange rate policy and that the market set the currency’s value.

Elvan said there had been volatility in financial markets in the last two months under the impact of global developments, with movement seen in market rates, asset prices and the exchange rate after Turkey’s rate cuts.

“We attach importance to low inflation and exchange rate stability,” the minister said.

Stressing they have not compromised on fiscal discipline, Evlan said the country will close 2021 with a budget deficit of below 3.5% of GDP, below 4.3% that was earlier estimated.

He noted support extended to households since 2020 will reach TL 734 billion by year-end. “We have forgone TL 125 billion of public revenue with tax cuts and price adjustments in the fight against inflation, and we have shown fiscal policy determination very clearly.”

“While managing our budget in accordance with our goal throughout the year, we have made high efforts to ensure that our citizens are not aggrieved during the fight against the pandemic,” Elvan noted.