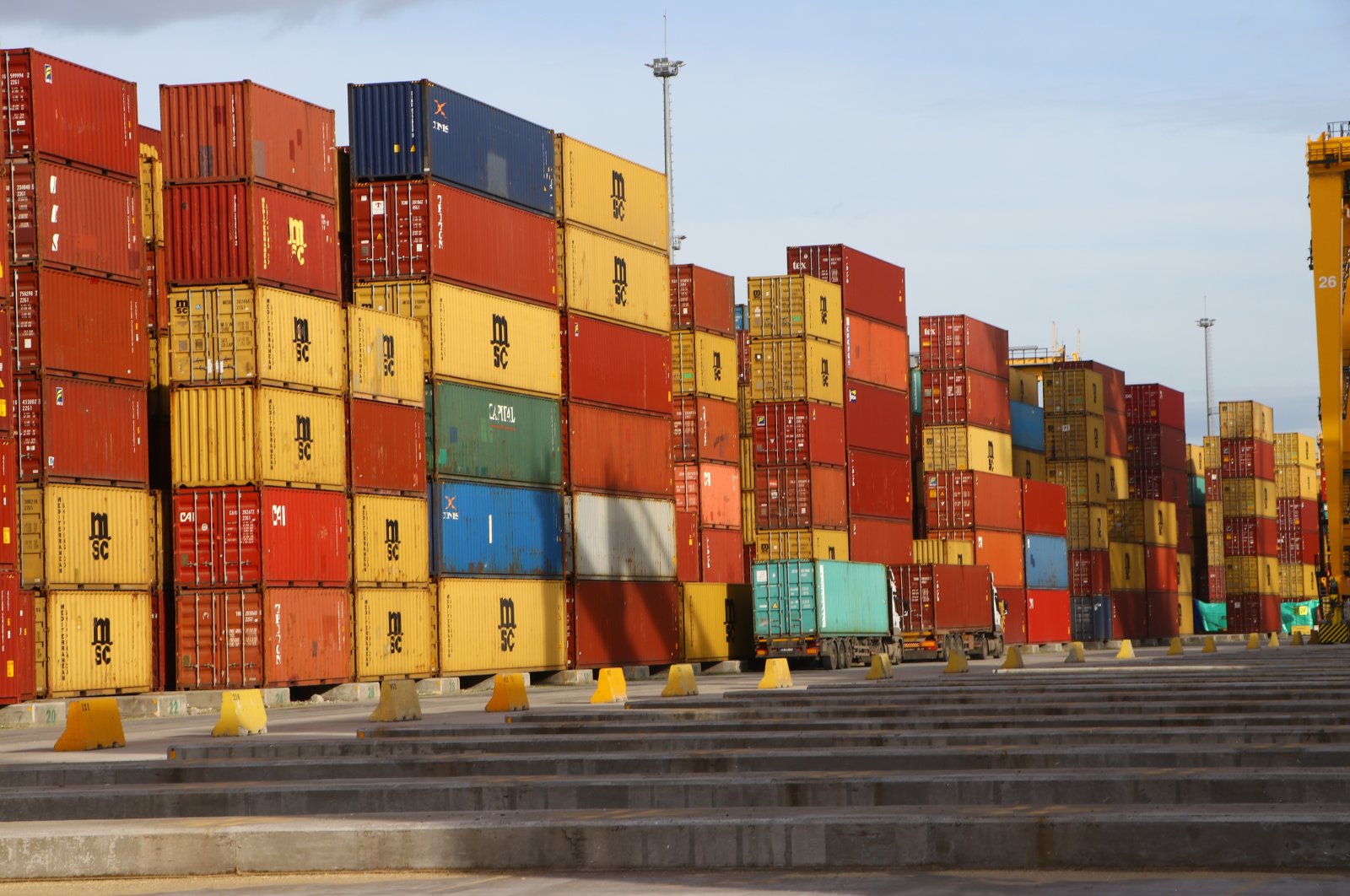 Exports climbed 52% to $18.9 billion (TL 156 billion) last month, having been hit in spring last year as the COVID-19 pandemic hurt trade with Ankara's biggest partners, according to the general trade system.

"With this strong momentum achieved in our exports, we surpassed the pre-pandemic performance," Muş told a meeting in the capital Ankara to announce preliminary figures.

The figure also represents a rise of 43% versus August 2019, he underlined.

After exceeding the threshold of $200 billion for the first time ever in July, the country's 12-month rolling exports reached $207.5 billion last month, the minister noted.

The eight-month figure was up 20% from the same period of 2019. Imports from January through August reached $170 billion, rising 25.5% from a year ago, according to the data.

Twenty-five sectors managed to lift their sales. The traditional export champion, the automotive sector again topped the list with $2.4 billion, boosting its sales by 57%. The industry increased its exports by $876 million from a year ago.

Yet, the steel industry had the best performance as it boosted its sales by as much as $1.4 billion, according to the data. Its exports were up 165% to reach $2.3 billion.

It was followed by the chemicals sector with over $2 billion, a 49% year-on-year rise. The industry’s exports were up $674 million versus a year ago.

On the other hand, exports to 20 countries, including Spain, Belgium, Morocco and Israel, saw their best monthly figures ever.

Sales to the European Union were up 51% to $7.8 billion as the bloc took a 41% share in Turkey’s overall August exports.

Around 1,455 firms joined the country export family as they made their foreign sales for the first time, bringing the overall number to 81,000 in the eight-month period.

Nearly TL 5.35 billion ($646 million) worth of exports were made with Turkish lira, the data showed.

The August performance marked the “confirmation that Turkey has been promoted to a new league in exports,” said Ismail Gülle, head of the Turkish Exporters Assembly (TIM).

“Our goal now is to reach $300 billion in as much as five years. Our export family has broken records in 10 of the last 12 months,” Gülle noted.

Turkey now looks to close with annual exports of around $210 billion, far exceeding the official 2021-end target of $184 billion as well as the $198 billion target set for 2022.

Gülle also referred to the data that Wednesday showed that Turkey’s economy grew a massive 21.7% year-on-year in the second quarter, rebounding powerfully after a sharp slowdown a year earlier driven by COVID-19 restrictions.

It marked the strongest growth in data that goes back to 1999.

Gülle said net exports had a contribution of 6.9 points to the growth in the April-June period, adding that the contribution in the first half stood at 10.8 points.

“So, half of the growth was driven by exports. Thus, exports made their biggest contribution to growth in the last 23 years,” he added.

“Thanks to the strong momentum in our exports, we have moved beyond even the V-shaped recovery. Now we are far above the pre-epidemic period. As an export family, we are proud of our contribution to the economy of our country.”