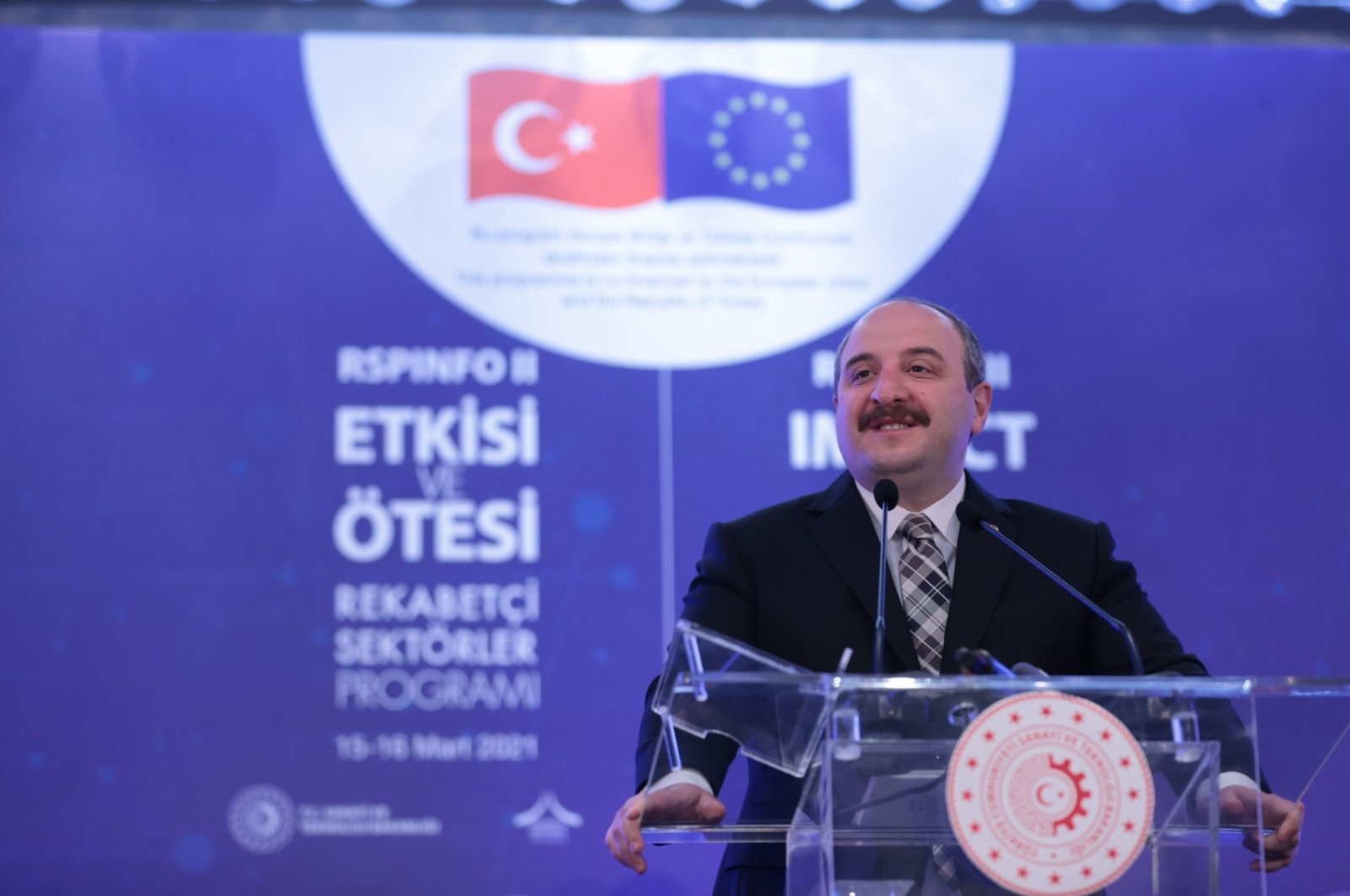 Turkey has been seeking to benefit from more pre-accession EU funds for projects amid its harmonization efforts with the bloc, the country’s industry and technology minister said Monday.

The financial and technical support provided by these programs will help small and medium-sized enterprises (SMEs) improve their R&D and innovation capabilities and increase their export potential, Industry and Technology Minister Mustafa Varank told a Competitive Sectors Program event in the capital Ankara.

Starting Monday, the two-day event aims to promote projects contributing to the targets of the joint industry policy of Turkey and the EU.

“We realized 46 projects worth 520 million euros across 43 of our cities under the first part of the Competitive Sectors Program in the 2007-2013 period,” he added.

“The Göbeklitepe project was one of them and was listed by UNESCO as a World Heritage Site,” the minister informed, referring to the archaeological site in southeastern Turkey’s Şanlıurfa province described as “point zero of history.”

“These include a wide variety of projects, from the development of domestic COVID-19 vaccines and drugs to autonomous vehicles, from the digital game industry to obtaining fuel from algae, from the fight against cancer to digital transformation.”

The EU-backed Instrument for Pre-Accession Assistance (IPA) funds are a financial apparatus for candidate countries and are used toward projects and programs allowing alignment with the EU acquis, enhancing their capacity for economic and social cohesion.

“Turkey will expand its national investment incentive system in line with areas prioritized by the EU Green Deal,” he also said, adding that more funding and technical support would be given to those projects in this area.

“To encourage planned industrialization and protect the ecological balance, we are transitioning to Green Organized Industrial Zones,” he added.

He underlined that Turkey is aware that it is more essential than ever to strengthen its relations with the EU, focusing on efforts for full membership.

“It is a necessity for the EU and Turkey to act together,” the minister noted.

President Recep Tayyip Erdoğan himself last month vowed Turkey’s commitment to improving relations with the EU as he reiterated that Ankara prioritizes the EU in its agenda and sees its future in Europe.

Erdoğan has said Turkey hopes to start afresh with the bloc in the new year. Interactions with the EU in 2020 were unproductive due to the artificial problems created by certain EU members, the president said in January.

Also addressing the event Monday, Nikolaus Meyer-Landrut, the head of the EU delegation to Turkey, said the program under the IPA is one of the most important tools to continue this cooperation through supporting the green and digital transition of the Turkish industry.

He also said the program would increase productivity and enable an innovation-driven economy.

“Here in Turkey, we will continue supporting the competitiveness, science, technology and innovation activities, as well as the implementation of COSME (the EU program for the Competitiveness of Small and Medium-Sized Enterprises) and Horizon Europe.”

Landrut also commented on the Turkish government’s fresh economic reform package, saying it would positively contribute to the economy by focusing on key areas such as productivity, digital transformation, green economy and energy efficiency.

Under the package announced Friday, Erdoğan outlined a series of measures that he said would lift the country’s economy, as he pledged to bring inflation back down to single digits.

The government will focus efforts to reform the economy on bringing down inflation and tightening state finances as well as increasing the country’s potential growth through productivity driven by investment, employment and exports.