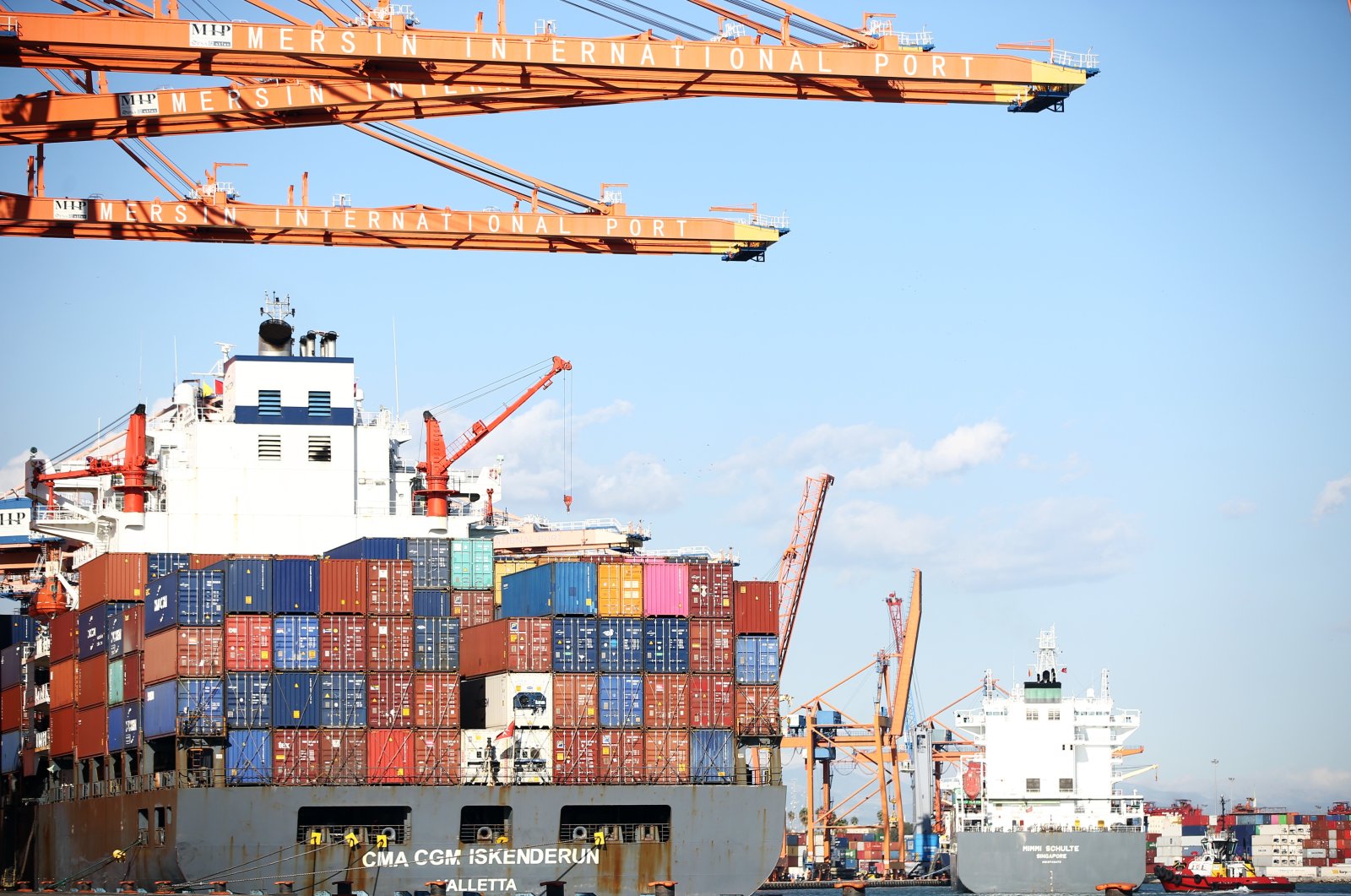 Turkey’s trade with the United States is approaching record high figures since the beginning of 2021, as a sign of recovering pace after several challenges, including the COVID-19 pandemic, according to a trade official Thursday.

Turkey-U.S. Business Council (TAIK) Chairperson Mehmet Ali Yalçındağ said the country’s trade with the U.S., which remained stagnant in 2020 due to the measures taken to prevent the spread of the pandemic and fundamental changes in the supply chains globally, has now reached levels “that would excite the business circles of both sides.”

The exports to the U.S. surged by 45.1% in January-November compared to the same period of the previous year, reaching $13.2 billion. The imports from the U.S., meanwhile recorded as $11.7 billion in the same period.

Already showing strong performance in October, the exports to the U.S. has again surpassed the imports from that country in November, Yalçındağ said, stressing that the total trade volume has reached $25 billion in the 11-month period.

The share of Turkey’s exports to the U.S. which was 5.6% in the first 10 months of 2020, has increased to 6.4% in the same period of 2021, which was referred by Yalçındağ as an exited development and would improve further with new opportunities.

Some developments have been effective in the improvement in bilateral trade relations, Yalçındağ said, such as the steps taken toward solving Section 301 draft that foresees additional customs tax of 25% for the products that Turkey exports to the U.S. the most, namely jewelry, ceramics and carpets.

The Turkish and American business circles welcomed the joint approach to the resolution of disputes through meetings between both sides, he said.

Yalçındağ added that, however, there are still issues to be addressed like additional taxes imposed upon Turkish exporters for aluminum and steel. He said the U.S. has announced at the end of November that Washington would lift similar taxes on European exports, which would leave Turkish exporters in a disadvantageous position.

The Turkish official said they also closely follow the Halkbank case in the U.S., which he referred to as an important lender in the Turkish-American trade ties.

A United States appeals court ruled on Oct. 22 that Turkey’s public lender Halkbank can be prosecuted over accusations it helped Iran evade U.S. sanctions. Later the bank said it will use all its legal rights to appeal a U.S. court order.

Prosecutors accuse the bank of converting oil revenue into gold and then cash to benefit Iranian interests and documenting fake food shipments to justify transfers of oil proceeds.