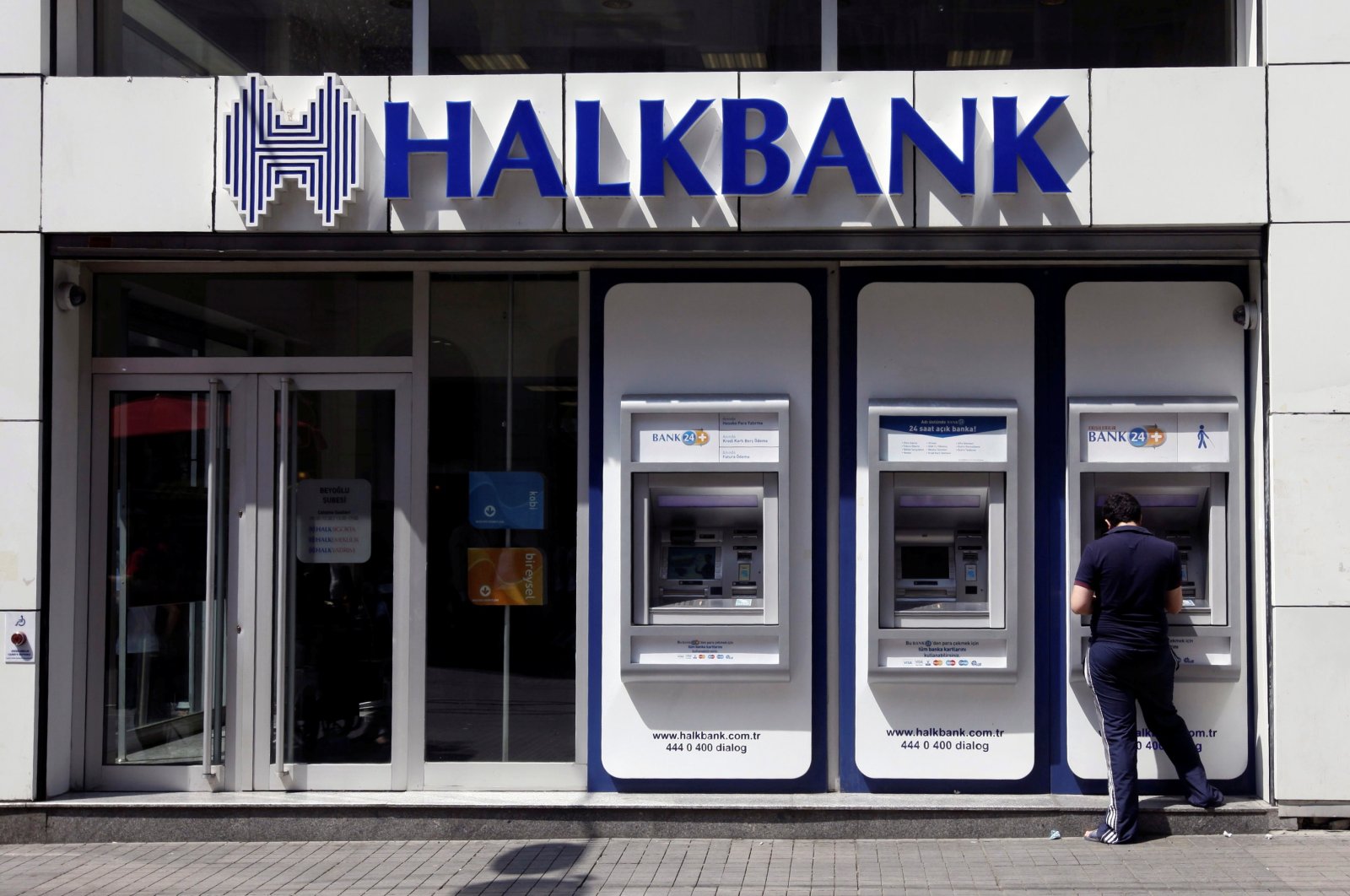 A customer uses an automated teller machine at a branch of Halkbank in Istanbul, Turkey, Aug. 15, 2014. (Reuters Photo)
by Daily Sabah with Reuters Oct 22, 2021 6:30 pm
RECOMMENDED

The 2nd U.S. Circuit Court of Appeals said even if the Foreign Sovereign Immunities Act shielded the bank, the charge against Halkbank falls under the commercial activity exception.

Robert Cary, an attorney at Williams & Connolly representing Halkbank, declined to comment. There was no immediate comment from the Turkish Foreign Ministry or Halkbank.

Prosecutors accuse the bank of converting oil revenue into gold and then cash to benefit Iranian interests, and documenting fake food shipments to justify transfers of oil proceeds.

The bank had argued it is immune from prosecution under the U.S. federal Foreign Sovereign Immunities Act because it is "synonymous" with Turkey, which has immunity under that law.

The court said Halkbank was conflating its purpose – to act as a repository for the Turkish government's Iranian oil and gas proceeds – with its alleged action, which the court claimed was a scheme to participate in money laundering.

The appeals court said that even if the law "confers sovereign immunity in criminal cases, the offense conduct with which Halkbank is charged falls within FSIA’s commercial activities exception to sovereign immunity."

Halkbank had been appealing an Oct. 1 ruling by U.S. District Judge Richard Berman allowing it to be prosecuted.

Atilla was convicted in January 2018 and returned to Turkey in July 2019 after leaving prison.

The case was decided by judges Amalya Kearse, Joseph Bianco and Jose Cabranes, who wrote the opinion. The lower court had scheduled a trial to start for May 3, but the proceeding was stayed during the appeal and a new trial has yet to be scheduled.