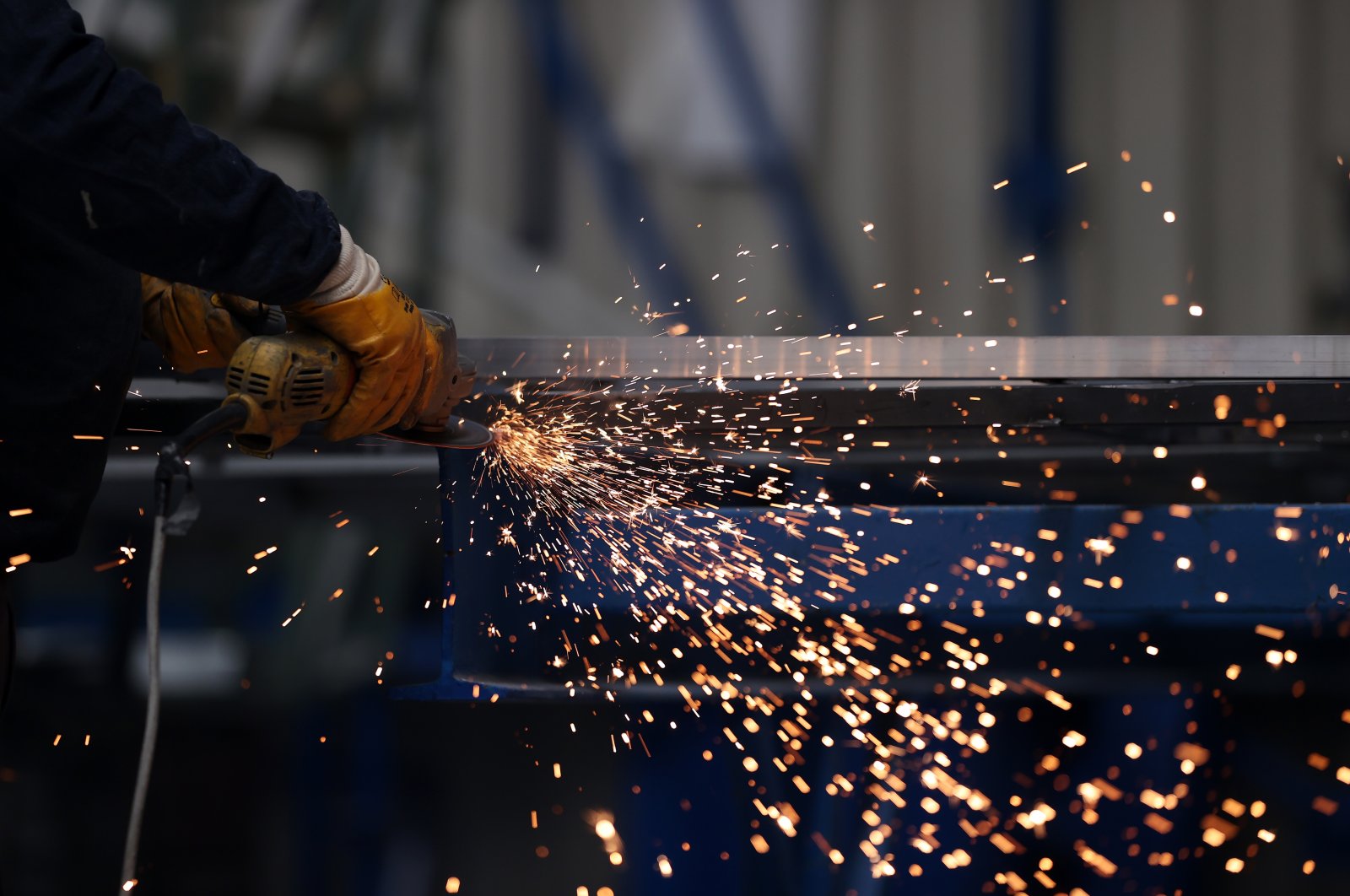 Turkey’s industrial output exceeded forecasts and posted a double-digit rise in April, due to a sharp slowdown in the same month last year caused by the initial measures to curb the coronavirus pandemic, official data showed Friday, carrying its rise to an 11th straight month.

The calendar-adjusted industrial production index grew by 66% in April, largely due to the so-called base effect, the Turkish Statistical Institute (TurkStat) said.

Many Turkish factories halted operations last March, soon after the first COVID-19 infection was recorded. Output dropped 31.4% in April and 19.9% in May before a recovery began in June.

After a strong economic rebound in the second half of 2020, new virus-related lockdowns were adopted in recent months but did not affect production.

The median estimate in a Reuters poll of seven institutions projected year-on-year growth of 65%. Forecasts ranged between 59% and 70.5%.

An Anadolu Agency (AA) survey of a group of 11 experts expected a 63.5% year-on-year rise.

The improvement with the base effect was especially backed by the sub-index of the manufacturing sector, the TurkStat data showed.

The manufacturing index soared 72.3% year-on-year in the month while the electricity, gas, steam and air conditioning supply index rose 26.6%.

The electricity, gas, steam and air conditioning supply index went up 25.5% during the same period.

Month-on-month, industrial output fell 0.9% in April on a calendar and seasonally adjusted basis, posting a first monthly decline over the last year.

All sub-sectors posted declines compared to March, with mining and quarrying falling by 4.1%; manufacturing by 0.7% and electricity, gas, steam and air conditioning supply by 1.3% in April.

Turkey imposed curfews, weekend lockdowns and restaurant closures in December but manufacturing and the broader economy were unaffected.

Some of the restrictions were eased in March, before a full lockdown was reimposed at the end of April due to surging COVID-19 cases. The country has been gradually easing measures since mid-May.

The economy grew 7% in the first quarter of this year and economists expect it to expand around 5.5% this year. A central bank survey Friday showed the forecast for 2021 gross domestic product (GDP) growth has been raised to 4.9% from 4.3%.