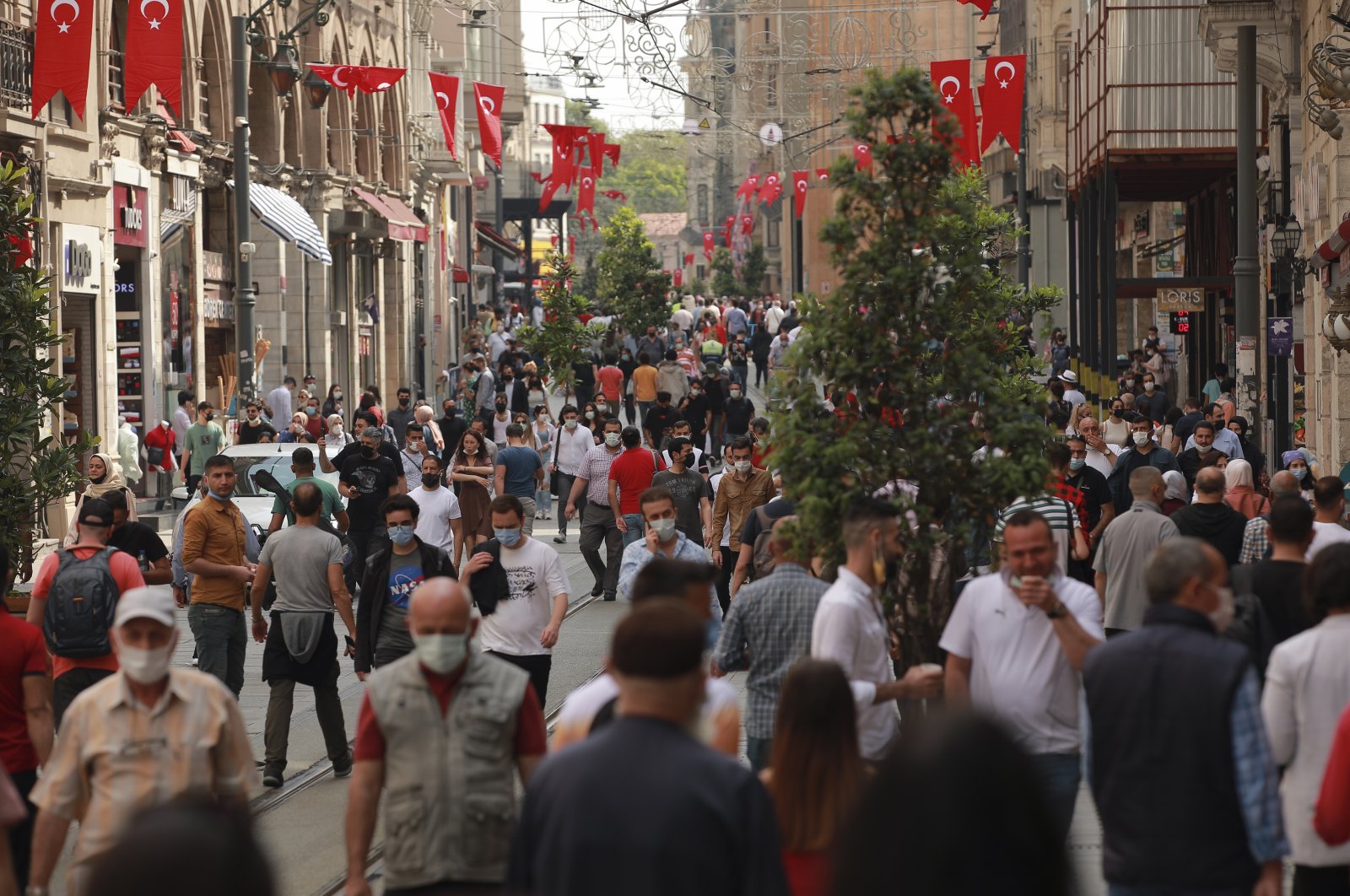 Turkey’s economy grew at a greater than expected pace in the first quarter, outperforming most large economies as coronavirus pandemic restrictions were careful not to temper hot retail sales, exports and manufacturing.

The country's gross domestic product (GDP) expanded by 7% year-on-year and 1.7% from the previous quarter on a seasonally and calendar-adjusted basis, data by the Turkish Statistical Institute (TurkStat) showed Monday.

The economy was forecast to have grown by 6.7% in the January-March period, according to a Reuters poll. The median of 22 forecasts in a Bloomberg survey was for a 6.3% expansion.

The Turkish lira firmed as far as 8.48 to the dollar after the data, up nearly 1% from Friday’s closing level of 8.56.

Turkey grew faster than all the Organisation for Economic Co-operation and Development (OECD) members, and G-20 nations except for China in the first quarter.

The economy was one of only a few globally to expand last year as it grew by 1.8%.

Growth in the first quarter was driven by industrial production and other key sectors that have recovered well from the worst of coronavirus fallout last year.

It was also bolstered by robust consumption on the back of last year’s government-led push to cut interest rates and boost lending.

While new coronavirus measures were imposed at the end of last year, they did not impede manufacturing or other key sectors, and most were lifted in March.

By late April, a strict lockdown was imposed again.

“Of the 7% growth in the first quarter, 56% came from net foreign demand and investments. This is an indicator of balanced and healthy growth,” Treasury and Finance Minister Lütfi Elvan said, evaluating the data.

“We will resolutely implement policies that create employment, improve income distribution and focus on stability,” Elvan said on Twitter.

Industry and Technology Minister Mustafa Varank stressed that the economy managed to register robust growth despite the outbreak, as he noted the role of the industry.

“The manufacturing industry, which grew by 12.2%, was the sector that contributed the most to the increase in GDP. Our goal is to expand in a healthy way by producing,” Varank tweeted.

Below are some highlights from the GDP report:

On the demand side, private consumption maintained its rebound with 7.4% year-on-year growth after close to double-digit growth rates in the previous two quarters and turned out to be the major driver with a 4.4 percentage point contribution to the GDP expansion in the January-March period.

Investments also remained on a rapid recovery path with 11.4% year-on-year growth, translating into a 2.9 percentage point contribution to the headline as companies utilized supportive measures implemented by the government in the pandemic environment to improve production capacity.

In the breakdown, machinery and equipment investments recorded excessive growth rates in recent quarters, standing at 30.5% year-on-year in the first quarter, while construction investments remained in negative territory.

Public consumption that has lifted the GDP almost every quarter since the second half of 2017 remained supportive, adding 0.2 percentage point to the headline, though the outcome shows some momentum loss after a significant 1 percentage point contribution in the previous quarter.

Overall, the data showed a continuation of rebound from the pandemic-induced recession while implementation of quarantine measures to a certain extent limited the first-quarter performance, according to analysts at Dutch banking and financial giant ING.

In the sectoral breakdown, all sectors have lifted the headline growth showing the continuation of a broad-based recovery.

Among positive drivers, the industry was again the biggest contributor, pulling the fourth quarter performance up by 2.5 percentage points as indicated by industrial production data, followed by services with 1.4 percentage points.

The industrial sector, which has recovered well from the worst of the pandemic fallout last year, grew 11.7%.

The information and communications sector also led the growth in the quarter, expanding 18.1% annually, followed by some services, which together rose 14.4%.

The agriculture industry surged 7.5% and the financial sector was up 2.9%. Construction and real estate, drivers in previous years, were the laggards. They were up 2.8% and 2.4%, respectively, in the January-March period.

Economic activity is expected to slow in the second quarter due to tighter financial conditions and the lockdown that covered part of May.

But the economy is still estimated to log double-digit GDP growth on an annual basis due to the sharp contraction last year when the initial coronavirus fallout led to a contraction of 10.3% in the second quarter.

Alvaro Ortiz Vidal, head of Big Data Research and chief economist for Turkey at BBVA Research, said the growth “stays near 23% in the second quarter.”

“The data remind us that GDP will grow near or above 6% in 2021 and that controlling inflation, not growth, should be the priority this year. Only by this will guarantee sustainable growth in 2022,” Vidal said on Twitter.

The second quarter is likely to be respectable with the gradually waning effects of COVID-19 and a low GDP base in 2020, according to ING.

“However, activity is expected to lose momentum on a sequential basis given the impact of high borrowing costs, recent FX volatility and pandemic-control restrictions extending into 2Q21 despite a further rebound in goods and services exports given strong external demand with global activity picking up and a recovery in tourism,” it said.

Turkey on May 17 eased restrictions as it emerged from a full lockdown but kept overnight and weekend curfews in place.

The government looks to lift measures more significantly as of Tuesday.