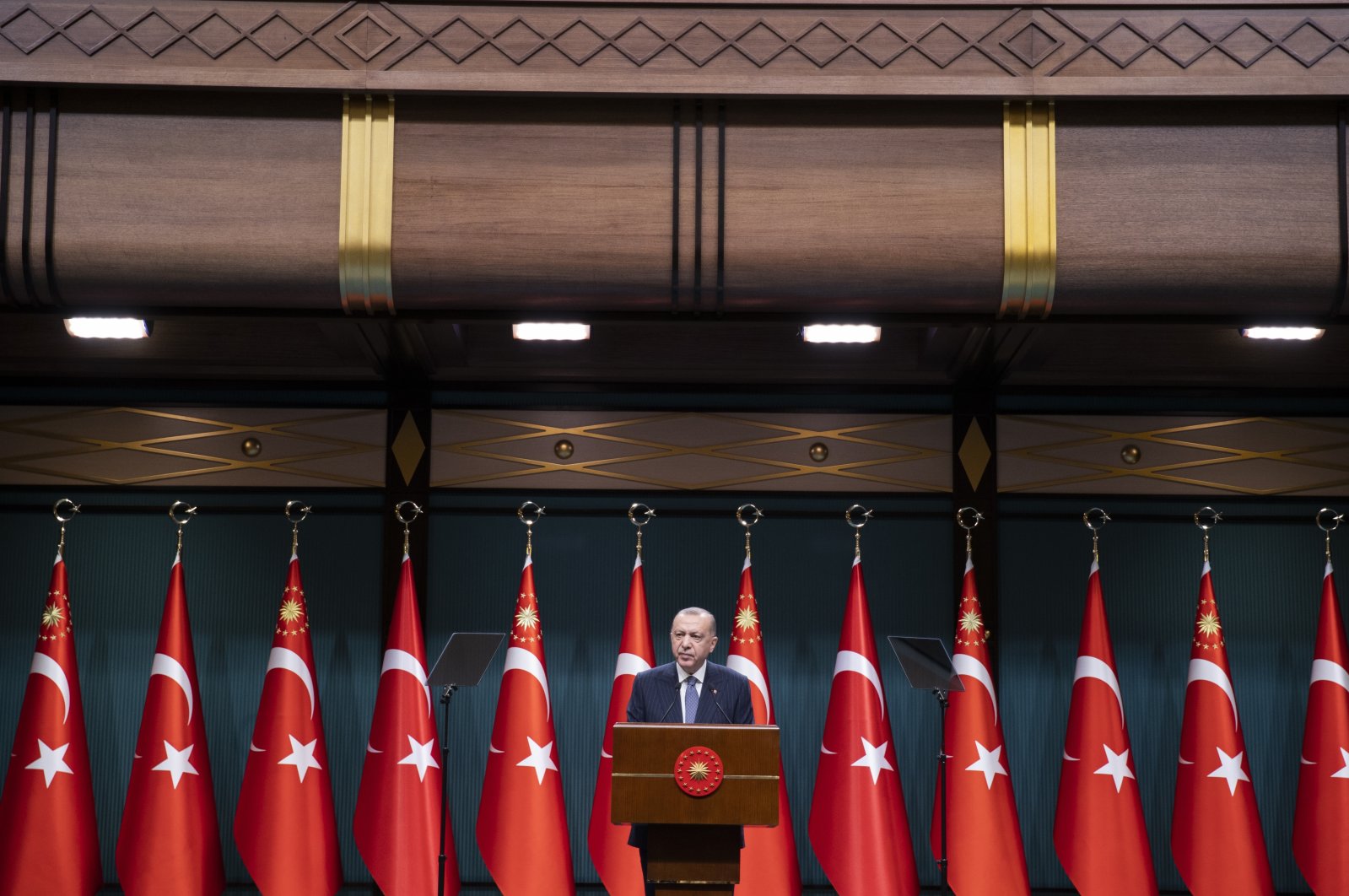 Erdoğan also said that the government's financial supports aim to reach 3.5% of gross domestic product (GDP) by the end of 2021. The president stated that Turkey boosted employment by 2.8 million since the start of the outbreak in April 2020 by compensating for lost jobs.

"Turkey will break a new record by exceeding $200 billion in total exports by the end of this year," he said.

Turkey has since last year extended multiple practices to help businesses stay afloat, including a wage support program for employees, rent and turnover support as well as cash aid for citizens.

Some 3.77 million people benefited from the short-term work allowance and more than 1 million received unemployment benefits. Cash aid was extended to around 2.81 million citizens.

Erdoğan also previously said that expenditures from the government budget reached TL 79 billion through multiple grants. The amount will reach TL 104 billion by the end of year, the president noted.

Additionally, over 670,000 pensioners have had their payments boosted, said Erdoğan, noting that 1.2 million people benefited from the rent and turnover aid scheme provided to tradesmen.

He added that the government gave up on TL 26 billion through tax deductions for several sectors.

The president underlined that nearly 400,000 companies, some 8 million citizens and 848,000 tradesmen benefited from loans worth around TL 315 billion.

Erdoğan also pointed to the fact that the Turkish economy was one of few that managed to avoid a contraction last year despite the pandemic.

A rebound in activity in the second half of last year helped the economy expand 1.8% in 2020 thanks to a state lender-led credit boom mid-year.

The preliminary indicators show a strong recovery in activity this year from the fallout of the pandemic.

In 2021 as a whole, growth is expected to return to around 5%, according to the government and analysts.