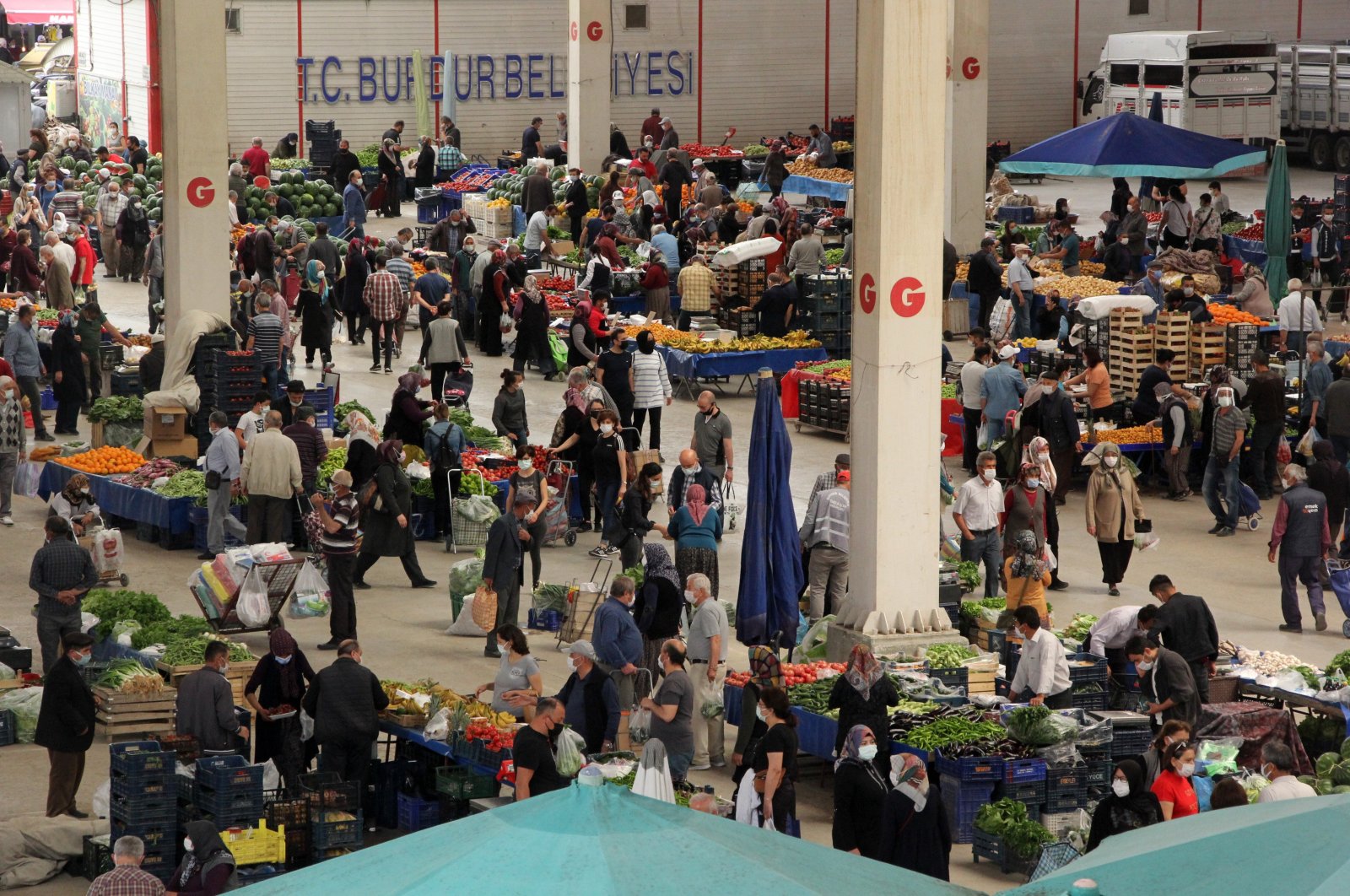 People are seen at a local marketplace in the southwestern province of Burdur, Turkey, May 8, 2021. (DHA Photo)
by DAILY SABAH WITH AGENCIES Jun 01, 2021 2:40 pm
RECOMMENDED

Turkey’s annual inflation rate is expected to have continued an upward trend in May by rising for an eighth straight month, according to a survey.

The consumer price inflation rate is forecast to have risen to 17.25% in the month, according to a Reuters poll Monday that predicted it would drop to just below 15% by the year's end.

The consumer price index (CPI) rose to 17.14% in April to the highest level in nearly two years. Producer price inflation surged above 35% in the month.

Central Bank of the Republic of Turkey (CBRT) Governor Şahap Kavcıoğlu said last month that inflation was expected to peak in April after topping 17%.

The bank held its benchmark policy rate – the one-week repo rate – steady at 19% during the last two monetary policy meetings and pledged to maintain its policy stance until there is a significant drop in consumer prices.

The bank’s adjustments to policy statements in the last two months were read by some analysts as preparation to cut rates in the coming months.

Annual inflation is now seen falling to 14.90% by the end of the year, according to the median estimate of 11 economists. Their forecasts ranged between 11.7% and 15.50%.

The median number compares to 14% in the April poll and 10.8% in the January poll.

The Turkish Statistical Institute (TurkStat) is scheduled to release May inflation data on Thursday.