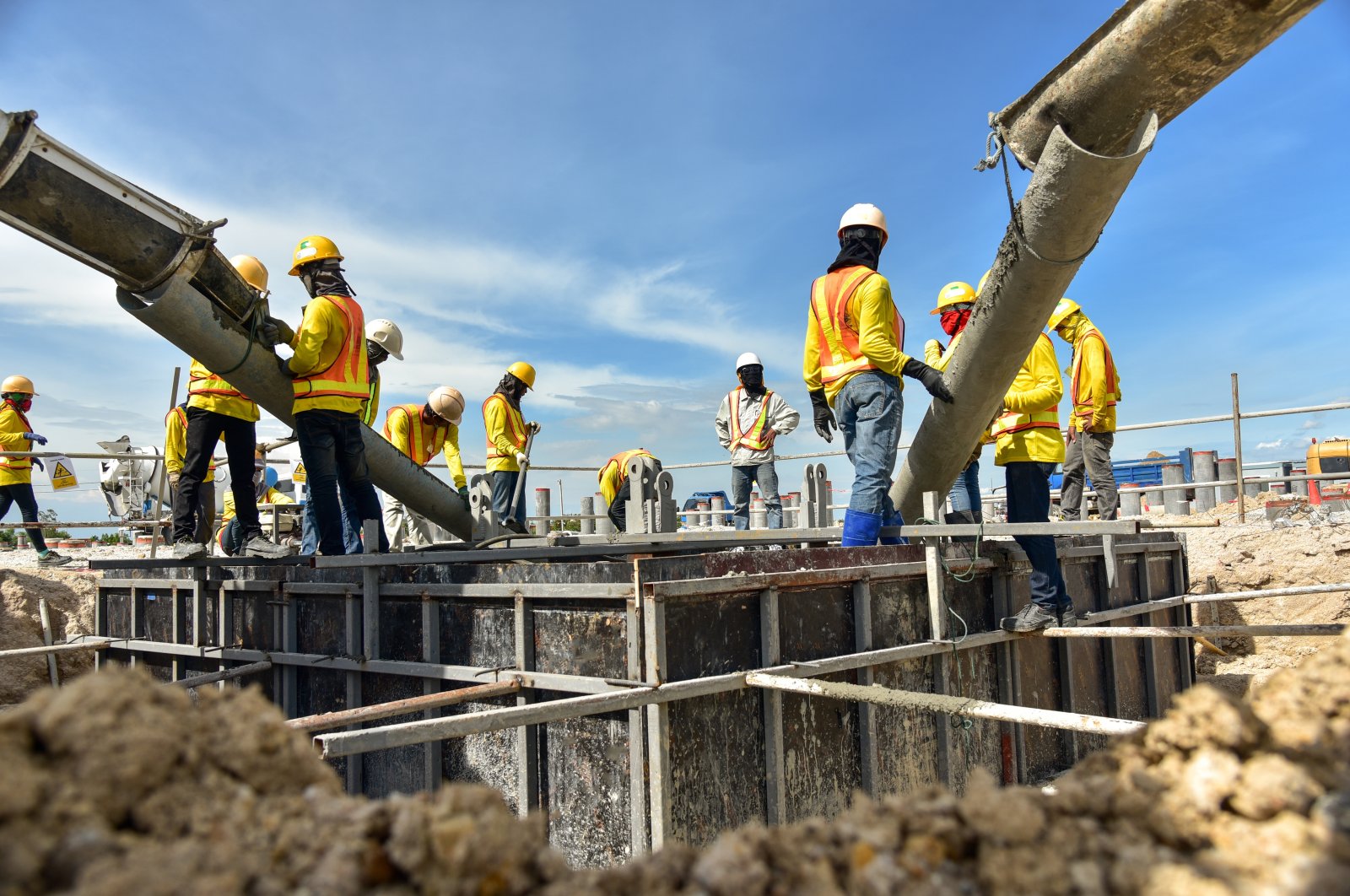 Turkish construction sector has reached around $17.8 billion as of September. (Shutterstock Photo)
by DAILY SABAH WITH AA Oct 20, 2021 3:41 pm
RECOMMENDED

Austrian and Turkish contracting companies can establish partnerships in third countries and start relationships based on trust that could strengthen cooperation in regions like Africa, Central Asia and the Middle East, Austria's Ambassador to Ankara Johannes Wimmer said Wednesday.

"I am sure that the cooperation of the two countries will make them more visible in these regions. I expect good results in a short time,” he said.

Wimmer told Anadolu Agency (AA) that contractors from the two countries have a long history of working together and this exemplary cooperation can be carried to other markets.

The Austrian diplomat added that export banks from the countries, Oesterreichische Kontrollbank AG (OeKB) and Türk Eximbank, inked a cooperation agreement this year to strengthen partnership opportunities in third markets and “provide support for the companies.”

Eren pointed to the many Austrian firms that have been operating in Turkey, particularly in technology and water-related fields, adding that the electromechanics of many dams and hydroelectric power plants in Turkey were built in cooperation with Austrian companies.

He also said that the deal signed between the countries’ lenders could help finance such projects in third markets.

Pointing out that there are opportunities for huge projects in countries like Sri Lanka, Indonesia, Bangladesh and the Philippines, Eren said that these countries were predominantly under the hegemony of China as Beijing entered these regions with great credit opportunities.

“China undertook construction projects there and even used some projects such as ports and airports as a political expansion tool for the commercial expansion of the country,” he said noting that Türk Eximbank did not have the capacity to compete with China in the Far East or in Africa.

He said despite this, these countries prefer Turkish contractors due to the high quality of their work compared to that of Chinese firms.

“Together with the competitive power of Turkish contractors, we rely on technological and especially financial support from Austria to take up big projects in third countries,” Eren said.

He noted that there are $50 trillion (TL 462.61 trillion) worth of projects set to commence in the post-pandemic era, and that Turkey contractors are poised to grab a fair share of these ventures.

We have hit an annual business volume of $30 billion in the past while this year it has reached around $17.8 billion as of September, Eren said.