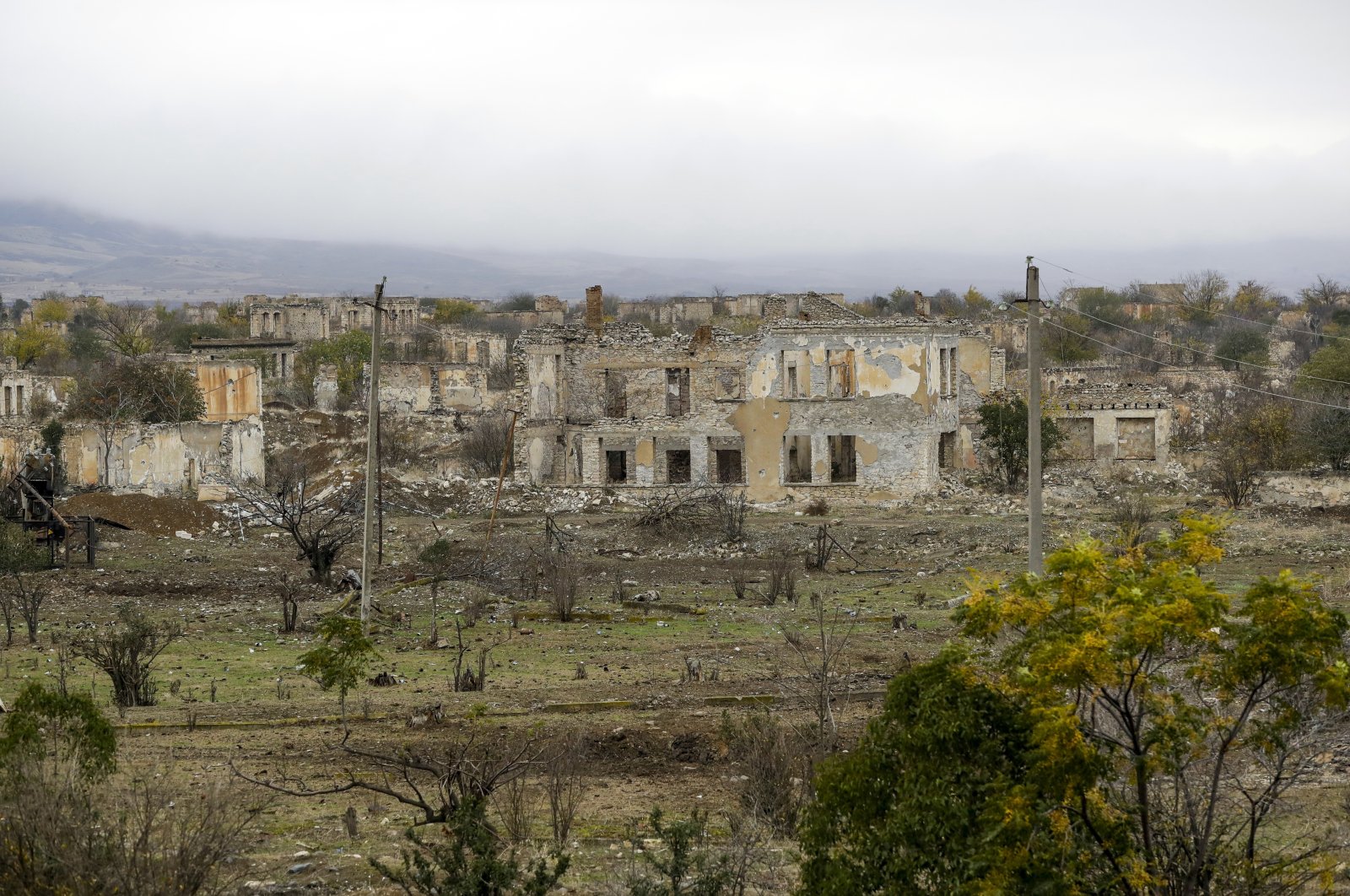 Liberated after a 30-year occupation, the Nagorno-Karabakh region is set to undergo a complete transformation, from infrastructure to roads and hospitals, with Turkish contractors set to play a key role in the process, according to an investment bank CEO.

Azerbaijan wants to work with Turkish contractors, known for their experience in construction in the region, said Cenk Eynehan, the CEO of Istanbul-based PASHA Bank, whose parent company is located in the Azerbaijani capital Baku.

Azerbaijani officials earlier expressed that Turkish companies would be prioritized in tenders in a bid to improve the quality of construction projects and that procedures for planned investments would be simplified.

The rebuilding process is already underway across the region and surrounding provinces liberated from Armenian occupation in late 2020 after six weeks of intense conflict. The two countries signed a Russia-brokered agreement on Nov. 10 to end the fighting and work toward a comprehensive resolution.

The peace deal prompted a political crisis in Armenia that led to intense calls for Prime Minister Nikol Pashinian to resign. Pashinian late last month announced he would resign in April and that he would remain in office until the snap parliamentary elections due to be held on June 20.

During the 44-day conflict, Azerbaijan liberated several cities and nearly 300 settlements and villages, which have been dilapidated since the Armenian invasion in the early 1990s.

The government plans to revive the area, allowing for the return of the Azerbaijanis who once called the region home.

Around 1.5 million Azerbaijanis will return to the region as the projects are carried out in the areas of infrastructure, agriculture, energy, education and health, Enyehan stressed.

He said Azerbaijan has so far allocated a budget of 2.2 billion Azerbaijani manats ($1.3 billion) to the projects, and the budget is expected to rise by tens of billions of dollars in the coming years.

PASHA Bank will also play a role in financing facilities for the rebuilding process.

He stressed that under new agreements following Azerbaijan’s victory in Nagorno-Karabakh last fall, trade routes to China will be more active and trade will grow.

“We believe that the economic and strategic cooperation between the two countries will become stronger for the prosperity and future of the region,” Eynehan added.

Some 21.6% of all foreign companies in Azerbaijan are capitalized by Turks, he stressed.

“Under the new preferential trade agreement which came into effect this March, the trade volume is targeted to reach $15 billion.”

His remarks followed a visit by Turkey’s Trade Minister Pekcan and the accompanying delegation to Baku Friday to meet with Azerbaijani officials and hold talks on bilateral relations.

She said an increase in the mutual investments and commissioning of an FTA could easily pave the way for Turkey and Azerbaijan to reach as much as $15 billion in bilateral trade volume.

He also said in the future the two countries can work to eliminate double taxation and reach new trade agreements.

On visa-free travel between the two countries, which started on April 1, he called the move very positive for economic relations.

He said in 2020, despite the coronavirus pandemic, Azerbaijanis launched 148 firms in Turkey and bought 1,279 houses.

On his bank’s position between the two countries, he stressed that the bank serves as a “financial bridge” for business people aiming to invest in the business between Turkey, Azerbaijan and Georgia.

The three countries collaborated on the Baku-Tbilisi-Kars (BTK) railway line that kickstarted a new era in the field of rail freight transport between Asia and Europe.

Launched in October 2017, the line has become the most important connecting point of the Middle Corridor stretching from Beijing to London.