Turkish economy could grow over 5% in 2021 if no major wave in outbreak, Finance Minister Albayrak says 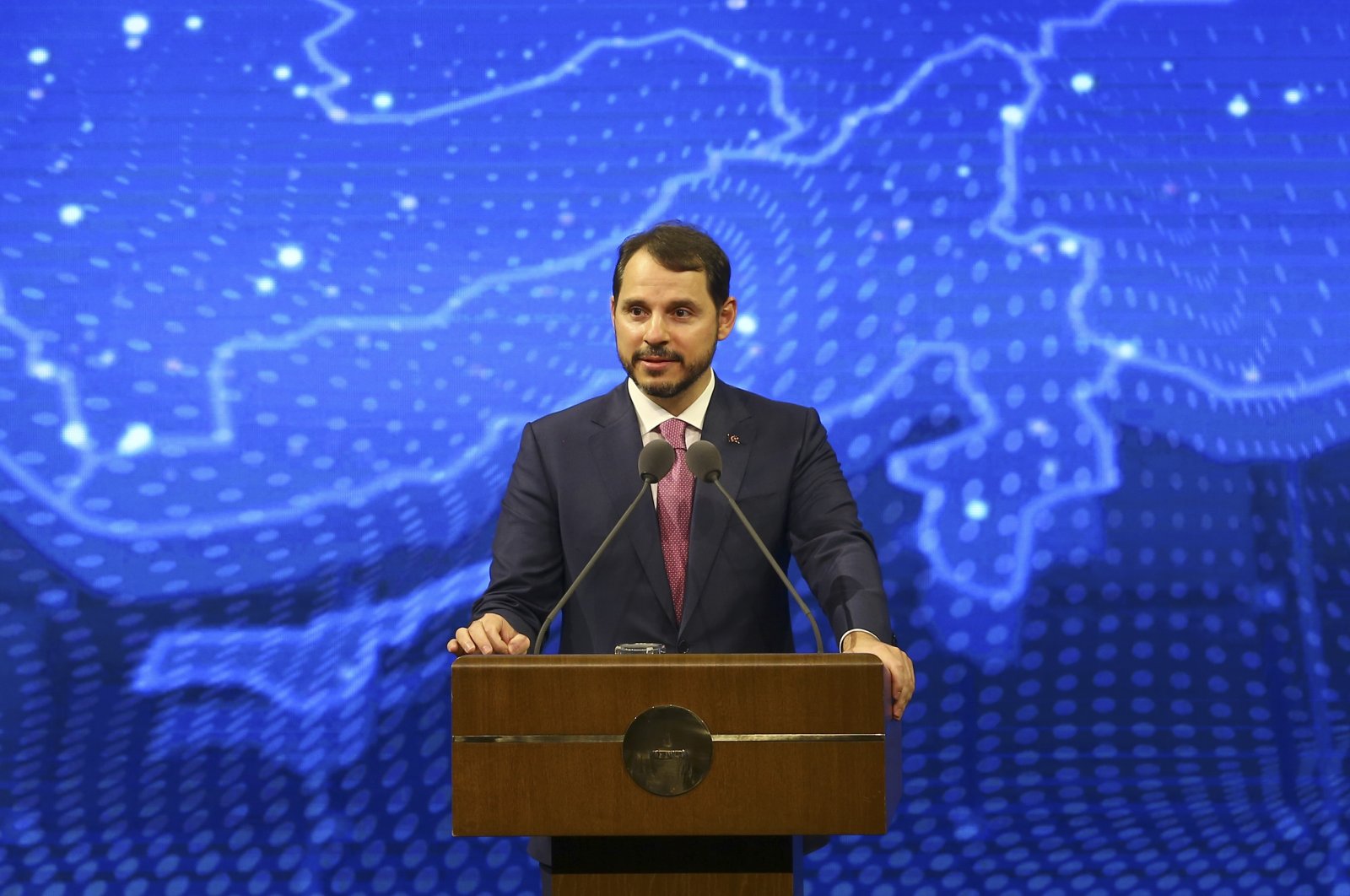 Economic activity will gradually and continuously return to its normal course, and Turkey will end 2020 by positively decoupling from the world, Treasury and Finance Minister Albayrak said

All leading indicators indicate that the worst has passed and that the recovery in the economy is uninterruptedly gaining pace in the third quarter, Turkey's Treasury and Finance Minister Berat Albayrak said Wednesday.

"In light of all the data, we expect the recovery in the second half to be V-shaped," Albayrak said in response to emailed questions from Bloomberg. "I believe our growth rate will be significantly above 5% in 2021 if there won't be another major wave in the outbreak."

The Turkish economy has managed to do better than its peers in the second quarter of the year when the coronavirus pandemic struck the most and fared better than forecasts, aided by the government's stimulus campaign.

The country's gross domestic product (GDP) in the April-June period shrank 9.9% from a year earlier after it had grown 4.4% in the previous three months.

He said achievements in the balancing period was what helped the economy grow by 4.4% in the first quarter.

"Yet our economy shrank a less-than-forecast 9.9% in the second quarter, at a time when the pandemic gripped the global economy. In this period, Turkey was among the countries that contracted the least among the G-20, the OECD (Organisation for Economic Co-operation and Development), and the European Union countries that reported data," Albayrak was cited as saying.

"The measures we have taken and the packages we have announced rapidly and decisively were among the important factors that have supported this process," he noted.

Beginning in March, Ankara shut schools and some businesses including many factories, closed borders and adopted weekend stay-home orders. Much of the economy was reopened in June as most of the lockdown measures were lifted.

The country's strong health care system has qualities to alleviate the adverse economic effects of the pandemic, the minister said. "High trust in the health care system is also a positive factor in Turkey's recovery period," he added.

Albayrak had earlier estimated this year's performance between a contraction of 2% and a 1% gain.

International ratings agency Fitch Ratings on Tuesday revised upward its projections regarding Turkey's economic growth and said it expects the economy to contract by 3.2% in 2020, up from the previous forecast of 3.9%.

It also made a slight upward revision for the global economic economy, which it said would fall by 4.4% this year, up from the 4.6% decline it projected in a previous report in June.

Albayrak also stressed that the Turkish economy's growth over the last two years has been below potential due to exchange rate attacks and lastly the coronavirus outbreak.

He said the country is highly resilient to crisis and apart from extraordinary periods, it can easily reach a 5% economic growth rate, "thanks to its young and well-educated population, dynamic and entrepreneurial businesspeople, modern production and logistical infrastructure and strategic geographical location."

"In this way, it positively decouples from many developing countries," he said.

He noted that many firms have delayed fixed-capital investments and capacity-boosting projects, and households also postponed major spending.

"Given the impact of these delayed investments and demand, I believe our growth rate will be significantly above 5% in 2021 if there won't be another major wave in the outbreak," Albayrak said.

The minister added that Turkey can capitalize on the legacy of the global coronavirus crisis by putting a competitive lira at the heart of a new strategy to move to a more export-focused economy.

Albayrak suggested that the "economic activity will gradually and continuously return to its normal course, and we will end 2020 by positively decoupling from the world."

"We are resolved to make 2021 a year that will bring us closer to our potential through an inclusive and sustainable structure," he noted.

Inflation to return to decelerated path

The minister further said that pandemic-related unit-cost increases as well as exchange rate and credit developments led to some rise in the inflation trend in the recent period.

However, he stressed that the Central Bank of the Republic of Turkey's (CBRT) recent liquidity moves would be effective in curbing inflation and that inflation would return to a deceleration path in the coming period.

Turkey's inflation came in slightly lower than expected and was up 0.01 percentage points to 11.77% in August, from 11.76% in July, official data showed. Month-on-month, consumer prices rose by 0.86% in August.

The CBRT in July raised its year-end inflation forecast to 8.9% from 7.4%. It said the 1.5 percentage-point increase was driven by an upward revision in oil prices and food inflation projections.

The bank ended an easing cycle in June and has since held its key rate at 8.25% but has used backdoor steps to tighten credit and support the Turkish lira.

"All of our institutions, led by the central bank, are making a maximum effort to manage the currency volatility correctly, in line with our price and financial stability goals," Albayrak said.

The government's year-end inflation target is 8.5% for 2020, as laid out in its new economic program, announced last September.

On Turkey's recent discovery of 320 billion cubic meters (bcm) of natural gas in the Tuna-1 well in the Sakarya Gas Field in the Black Sea, Albayrak said the well is located around 170 kilometers (105 miles) offshore in the Black Sea, at a depth of 2,100 meters (6,890 feet), where the gas was found during the ninth round of deepsea drilling.

"We drilled 3,500 meters below the seabed and discovered 320 bcm of gas in two layers. We will go 1,000 meters deeper than the discovery point," he explained. "More good news may come soon."

Separately, Energy and Natural Resources Minister Fatih Dönmez said the country had two more layers to go below the area of discovery.

"The data shows that the 320 billion cubic meters of reserves will be revised upward," Dönmez told Anadolu Agency (AA).

The country's find was the first offshore discovery in the world this year and second among all the offshore and onshore discoveries.

The United Arab Emirates (UAE) in February this year announced the discovery of a new gas field with estimated reserves of 80 trillion cubic feet.

Albayrak said that the potential of the field is exciting, stressing that the country would complete new seismic and drilling activities in the region in the coming period.

Turkey aims to produce its first gas from the Sakarya field by 2023. "We aim to reach plateau-level production in the following few years," Albayrak noted, adding that with production at those levels, their target is to meet 30% of the current consumption.

"We believe this gas will be an important element of trust for Europe's supply security, and it will provide new motivation for regional energy cooperation," he said.