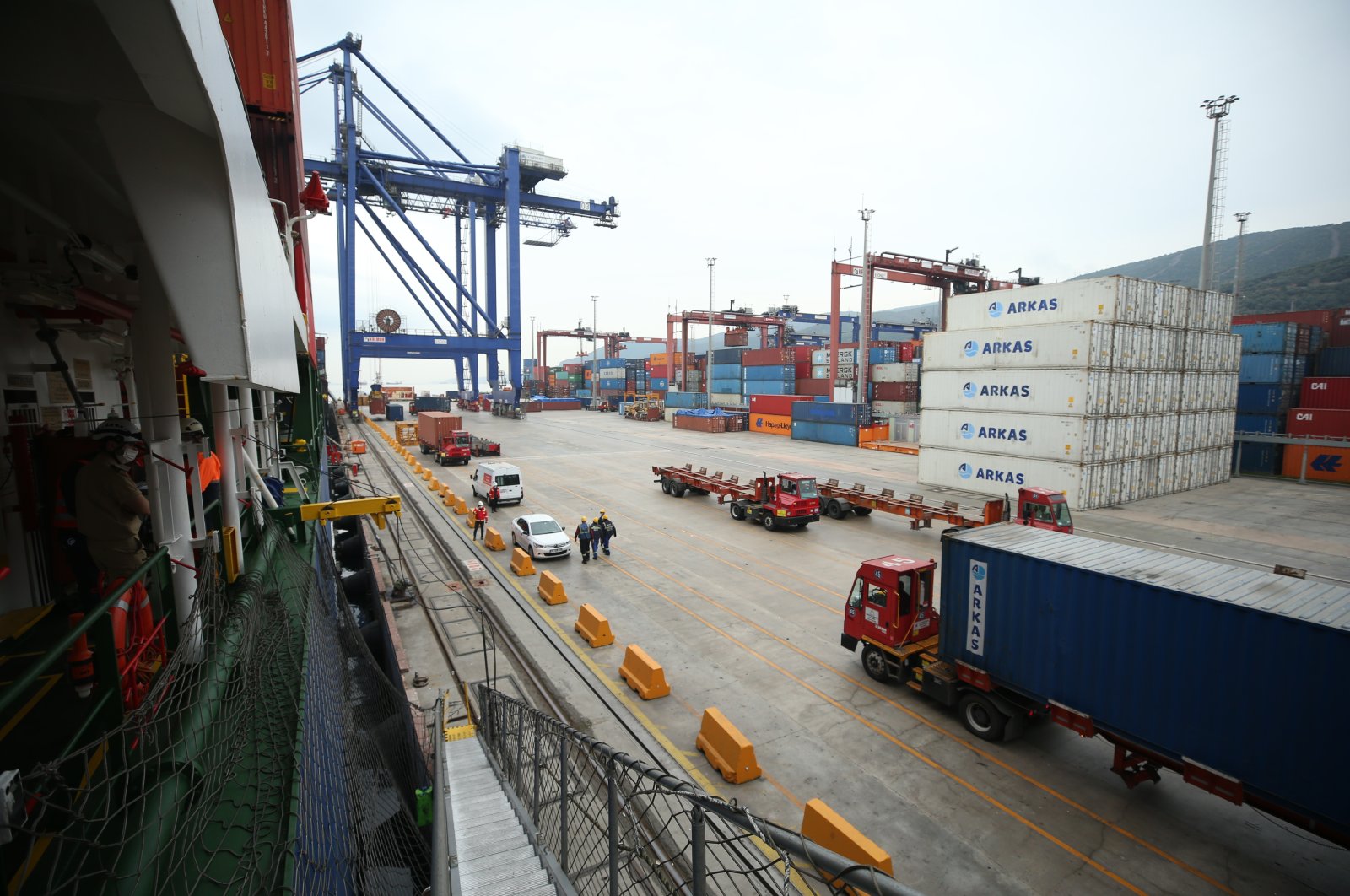 Sales from January through November reached $203.1 billion, Muş said, well exceeding the level prior to the coronavirus pandemic.

The 12-month rolling sales came in at $221 billion, Muş said. The country aims to close the year with over $211 billion in foreign sales, according to the government's economic program.

The exports-to-imports coverage ratio reached 80% in November, up 4 percentage points from the same month last year, Muş said, adding it was recorded at 101.2%, excluding energy.

The $48.3 billion foreign trade volume in November marked the highest monthly figure ever, he noted.

The effect of energy imports was seen in both imports and foreign trade deficit in November, he stated.

Exports continued to be the driving force of growth in the third quarter, Muş said, further saying the contribution of net exports of goods and services to growth was 6.8 points.

“Thus, 92% of the high rate of growth in the third quarter stemmed from net exports of goods and services. In other words, Turkey has grown by producing and selling its products abroad,” Muş said.

The trade minister also said many EU countries and the U.S. have shifted their investments to Turkey through their supply network amid the COVID-19 pandemic, leading the country to benefit from its location and competitiveness.

These results show that the increase in Turkey’s exports is not temporary but permanent, Muş said, adding that Turkey embraces new investments and business models as a strong and reliable supplier.

“It is a shallow approach to attribute the superior performance in exports only to the exchange rate,” he stressed.

Germany remained the country’s top export market and received $1.8 billion worth of Turkish goods in November, followed by the U.K. with $1.5 billion and the U.S. with $1.4 billion.

Sales to the U.S. surged by $462 million from a year ago, said Gülle, also noting increases of $389 million and $323 million in exports to the U.K. and Italy, respectively.

Exports to the country’s biggest market, the European Union, climbed 28% to $8.6 billion, he noted. The bloc accounted for around 40% of Turkey’s overall sales last month.