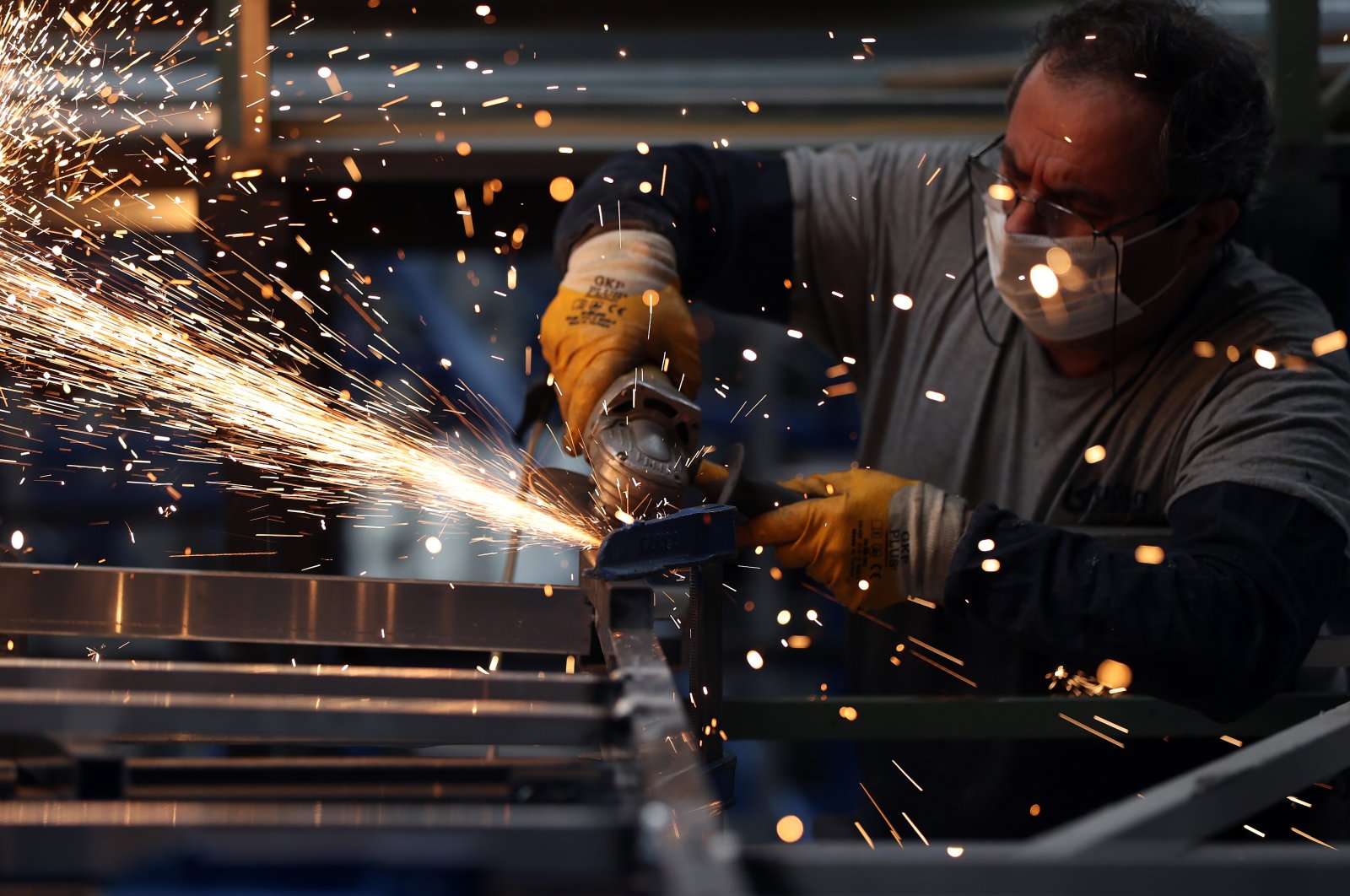 Turkey’s factory activity rebounded in June after it fell below the threshold for the first time in a year a month ago, a closely watched survey showed Thursday.

The headline Purchasing Managers’ Index (PMI) surged to 51.3 points last month, up from 49.3 in May, data from the Istanbul Chamber of Industry (ISO) and IHS Markit showed. It stood at 50.4 points in April.

The reading thus climbed above the 50 mark that separates expansion from contraction.

Turkey’s relaxation of COVID-19 restrictions proved instrumental in the return of the manufacturing industry to the growth zone in the second quarter, the report said. Both output and new orders rose in June, it added.

New business from abroad expanded at the fastest pace since January, while the rate of job creation also increased, according to the report.

As some firms reported difficulties securing raw materials, stocks of purchases continued to fall, despite a return to growth in input buying, it said.

Turkey had lifted virtually all social restrictions in March but backtracked in April when daily COVID-19 cases soared above 60,000. It prompted the government to impose the strictest lockdown yet from the end of April to May 17, when it again started to gradually ease the measures.

The final stage in the nation’s gradual normalization process began Thursday, with curfews and lockdowns lifted, as well as all venues and businesses opening without restrictions.

“The Turkish manufacturing sector, which managed to return to growth territory in June with the rapid decline in COVID-19 cases and easing of restrictions, will hope that the upward trend will continue in the coming months,” said Andrew Harker, economics director at IHS Markit.

Harker stressed some participants said growth could have been even stronger had it not been for ongoing challenges in raw material supply.

“It was observed that companies had difficulty creating input stocks and had to use existing final product stocks to meet new orders,” he noted.

European factories, meanwhile, continued to ramp up their post-lockdown recovery in June, but Asian manufacturers saw momentum weaken amid rising input costs and the reintroduction of curbs to combat a new wave of coronavirus infections, surveys showed Thursday.

Eurozone manufacturing activity expanded at its fastest pace on record last month, while Britain’s factories extended their post-lockdown recovery and went on a hiring spree.

“How has that story turned – a few months ago we were seeing the eurozone was lagging with vaccinations far behind. We were expecting a turnaround and we haven't seen much disappointment,” said Bert Colijn at ING.

“That upside scenario has materialized. There is a very broad feeling amongst businesses in both services and industry that the coming months are going to be very strong as economies reopen.”

Czech and Polish manufacturing hit a record pace of activity for the second month in a row as orders rose and economies opened up again.

But manufacturing activity grew at a slower pace in China and Japan as raw materials rose, while activity shrank in Vietnam, Malaysia and India, where governments imposed tougher restrictions to contain fresh coronavirus outbreaks.

A shortage of shipping containers and supply chains hugely affected by the global pandemic has made it a sellers’ market for materials needed by factories.

An index measuring input prices in the eurozone was at its highest since the survey began 24 years ago.

IHS Markit’s final manufacturing PMI nevertheless rose to a survey high of 63.4 in June from May’s 63.1, above an initial 63.1 “flash” estimate.

Britain’s PMI dipped to 63.9 from May’s all-time high but the pace of expansion in output, new orders and employment remained among the highest in the survey’s near 30-year history after some COVID-19 restrictions were eased.

Data showed Asia was lagging behind Western economies in recovering from the pandemic doldrums, reinforcing the view that many regional central banks were unlikely to withdraw pandemic-era stimulus soon.

“With neither issue likely to be resolved soon, the rapid growth in the industry over the past few quarters looks unlikely to be repeated.”

China’s factory activity expanded at a softer pace in June with output growth slumping to the lowest level in 15 months, according to a private survey, in line with an official survey showing a dip in activity to a fourth-month low.

The Caixin/Markit Manufacturing PMI fell to 51.3 in June from May’s 52, marking the 14th month of expansion but coming in below analyst expectations for only a slight slowdown to 51.8.

Higher raw materials costs and a shortage of semiconductor chips also hurt export powerhouses including Japan, which saw factory activity expand at the slowest pace in four months in June.

Once seen as a driver of global growth, Asian emerging economies are lagging behind advanced economies in recovery from the pandemic as delays in vaccine rollouts hurt domestic demand and countries reliant on tourism.

Vietnam’s PMI plunged to 44.1, marking the sharpest deterioration in business conditions, while Malaysia’s PMI fell to 39.9 as renewed COVID-19 curbs weighed on external and domestic demand. The PMI for Taiwan fell to 57.6 from 62.

India’s factory activity contracted for the first time in almost a year as restrictions to contain the deadly second wave of the coronavirus hit demand.