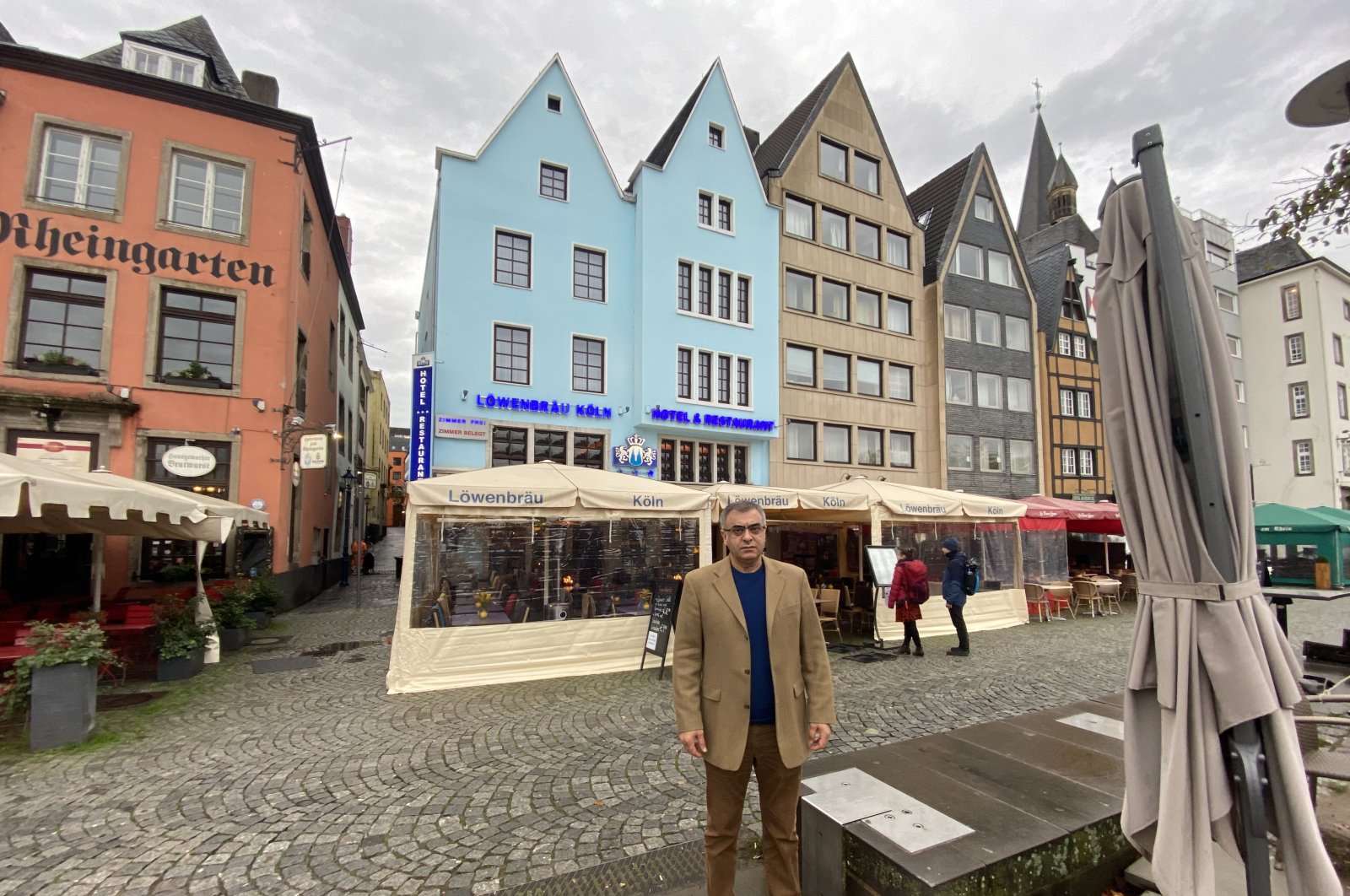 Hoteliers and restaurateurs in Germany have been severely affected by tougher new restrictions on public life to stem the spread of the coronavirus.

Last week, the European country, which has assigned the management of the virus and restrictions to regional leaders within its 16 states, announced new measures including limits on the number of people at private gatherings and mandating that cafes and restaurants close by 11 p.m. in areas classified as hot spots.

As Cologne exceeded its coronavirus threshold of 50 new infections per 100,000 people over a seven-day period, its mayor, Henriette Reker, banned alcohol consumption in public after 10 p.m. and restricted gatherings to up to five people in public spaces.

She also urged people to refrain from private parties and large celebrations.

Turkish-German proprietors in the western city, which is home to large numbers of Turkish-origin population, say they are having a hard time staying afloat.

Fazıl Bay, the owner of LöwenBrau Hotel and Restaurant since 1993, said most of their tables stay empty. "Customers don't leave their homes because the restaurants will close early anyway," he told Anadolu Agency (AA).

Bay said they are fulfilling all obligations vis-a-vis the pandemic and are careful about hygiene rules. "Including the entrance to the bathrooms, we have put hand sanitizers everywhere. But we don't have customers. That is the main problem," he lamented.

Erdoğan Güçlü, the manager of Bay Freud restaurant, said they now operate for limited hours, which has obviously affected the sales volume. "Our restaurant was open from 10 a.m. till three in the night. But now we open at 3 p.m. and close by 11 p.m.," he said.

Güçlü added that the entire food and beverage industry has been devastated by the pandemic, urging the government to step in to improve the situation.

According to the figures released by Robert Koch Institute, new infections jumped by more than 3,500 in the past 24 hours, up from 7,595 on Wednesday. The previous single-day record was 7,830, registered Saturday.

Chancellor Angela Merkel has urged Germans to restrict movement, saying, "Difficult months are ahead of us."