Turkish mobile plant factory system: A farm inside a container 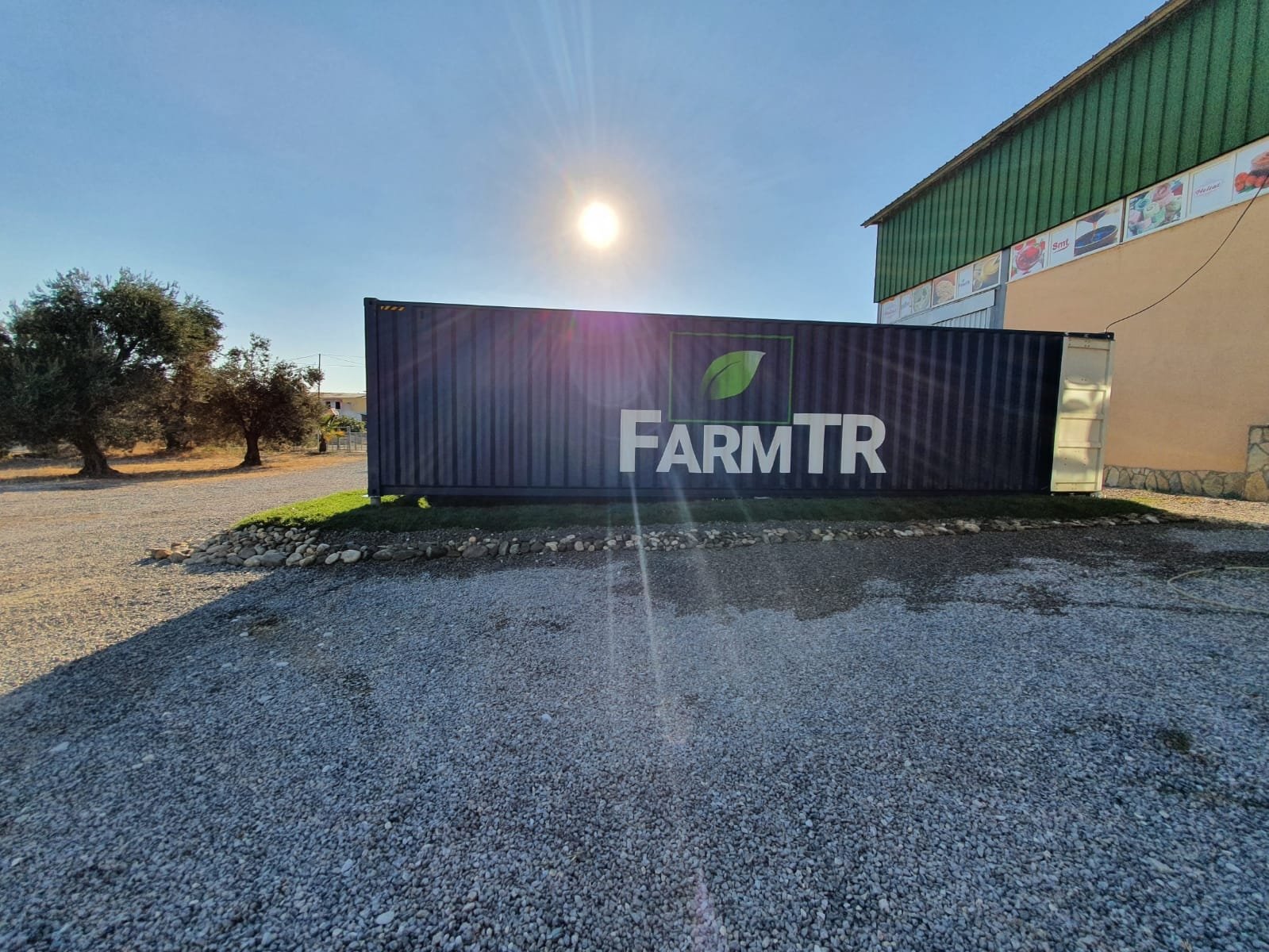 A Turkish group of companies has designed a container farming system that enables the cultivation of all kinds of crops, regardless of climate and weather or amount of daylight, amid growing concerns over the course of climate change-related uncertainties.

The container plant factory is equipped with systems that have all been developed and installed by CY Group itself – from software and watering system to LED lights.

Operating in multiple areas across 21 countries, including construction, real estate, agricultural technologies and energy production, CY Group wants to help make up for agricultural lands that are facing yield loss or are impacted by climate change and environmental disasters.

The company has the ambitious aim of accomplishing this while using less energy and at lower costs, according to its Chairperson Halit Arabacı.

The container system, consisting of an average of 250 liters (65 gallons) of water and layers of LED-lit shelves, is capable of growing many vegetables and fruits specific to different regions.

From desert to Arctic climate, the container farm offers convenience for all.

The CY Group has started to test its container farm in Turkey’s western province of Balıkesir.

Arabacı stressed their goal was to grow organic and healthy products through all four seasons without depending on the climate.

“We also have land in our country that is not suitable for agriculture, but our country is very valuable both in terms of water, solar energy and soil,” he noted. “But due to its geopolitical situation, Turkey also has a climate that enables cultivation for four seasons.”

His remarks came during a meeting with press members at the company’s hotel in the famous vacation spot Sapanca in northwestern Sakarya province.

Following multiple studies, Arabacı explained that they agreed with their colleagues on the need to grow organic products in all seasons.

“We made a prototype of it (container plant factory). A project of our own where we can grow many products in a container equipped with software and LED lights that belong to us. We have finished the work on this, installed it in the garden of our factory in Balıkesir and moved on to the planting stage,” he noted.

“We will now introduce it to the whole world.”

The size of the customized container farm can be modified according to demand, Arabacı said.

The LED lights constitute one of the crucial parts of the system, he noted, as different crops require different kinds of spectrums.

Plants are picky about the type of light they absorb and have special, color-specific receptors and hormones that serve different functions.

“The main thing here is the LED lights in the enclosed space. These replace the sunlight. We can grow almost anything vertical right now. From lettuce, tomatoes to cucumbers,” Arabacı noted.

The group has also developed different software to produce products that grow underground, such as potatoes.

“We can grow it in the square meter we want and in the climate we want. We only need 200-250 liters of recirculating water and vitamins and minerals that the plant needs. We provide it with vitamins that are completely natural and organic,” Arabacı explained.