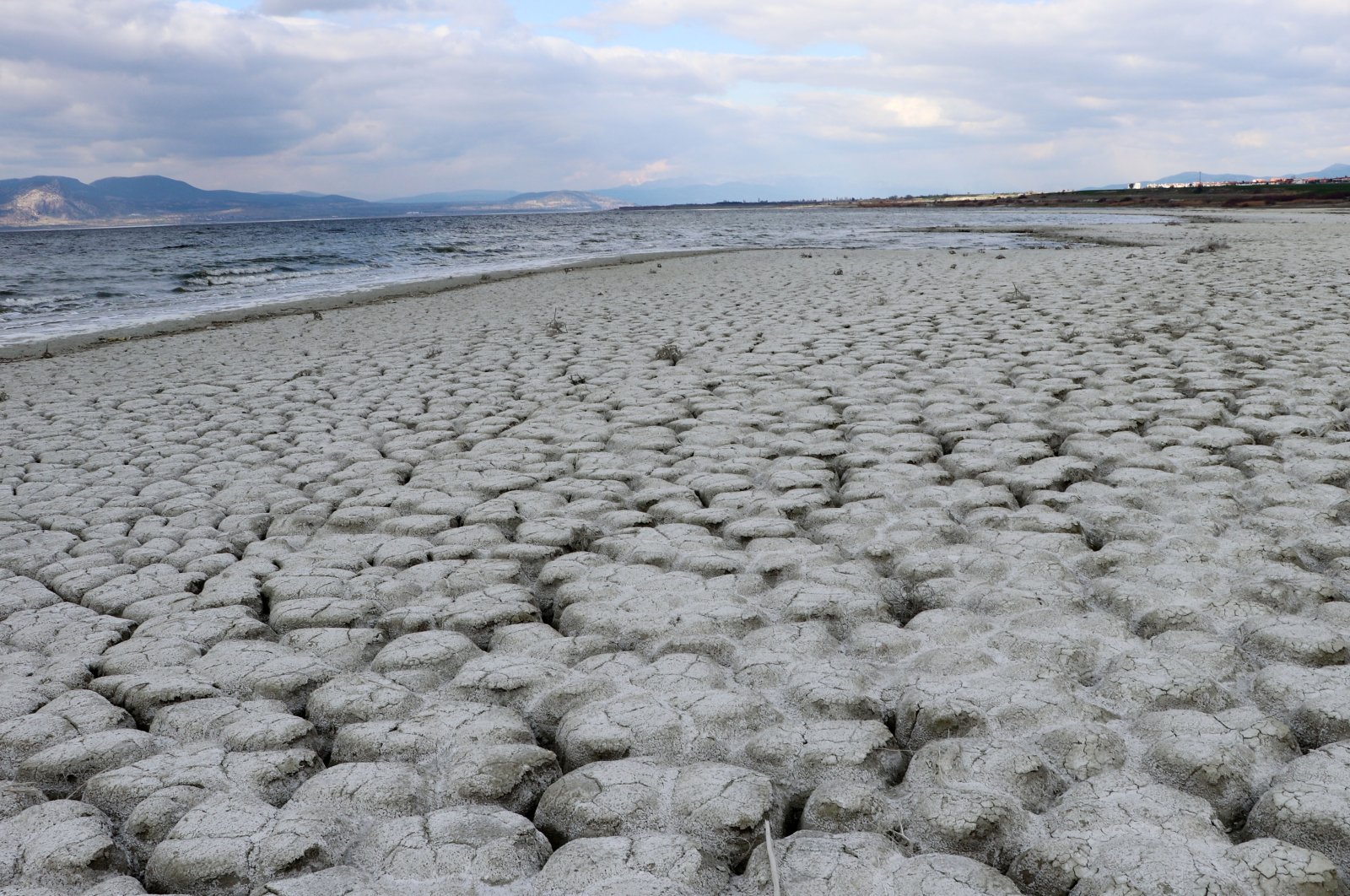 A dried-up field once used to grow sugar beets in Burdur, southwestern Turkey. (DHA Photo)
by Anadolu Agency May 06, 2021 11:15 am
RECOMMENDED

A bleak future mired in water shortage and a food security crisis awaits Turkey if we cannot mitigate the effects of climate change, an Istanbul-based climate scientist has warned.

"Drought is the most pressing issue we need to deal with ... As a country, the most important problem (we have) in the context of climate change is our food security," Levent Kurnaz said in an interview with Anadolu Agency (AA) on climate-change-related extreme weather events. Kurnaz currently serves at the Center for Climate Change and Policy Studies at Boğaziçi University.

Stressing that water shortages would "reflect more heavily on agriculture," Kurnaz said the matter demanded urgent action. According to the scientist, Turkey needs to preserve all the water resources it can and maximize its arable basins, especially since three-fourths of its lands are non-agricultural.

He also noted the health risks related to falling water levels amid rising temperatures and the strain on the health care system caused by the COVID-19 pandemic, now in its second year.

"So, let's say that there's a heat wave in Istanbul and we see 45 degrees, there could be an incredible loss of life and we're not ready for such problems," he said. Turkey is also not prepared for other dangerous diseases, such as malaria and the West Nile virus, which experts fear may arrive in Turkey with the changing climate.

Once the outbreak subsides, however, the top item on Turkey's to-do list against climate change should be the modernization of its agriculture, he said.

"We have to modernize the irrigation systems in agriculture. We need to use only the amount of water needed for the plant and build a system in which no water is wasted."

One expected consequence of global climate change is an increase in the frequency and severity of extreme weather events, said meteorologist Hüseyin Toros, currently a professor at the Meteorological Engineering Department of Istanbul Technical University (ITU). Turkey has been in the midst of an increasing trend in meteorological disasters in the last decade.

"There's a correlation between the increase in global warming and increase of extreme weather events in recent years," he said.

Owing to its geographical location, Turkey's southern regions are marked by hot deserts, while the Siberian cold dominates in the northeast. To its west, the influence of the Atlantic Ocean – an expansive source of water vapor – also pumps energy in Turkey's Mediterranean and Aegean coasts.

Since a partial drought last year, work has begun in Turkey to harvest and store rainwater, as well as to provide domestic water resources on-site, said Toros, in what he said was a great practice in socio-economic terms.

He highlighted that these practices were introduced after extensive media coverage of the dry season that increased public awareness of the issue.

"(However), since our country is not rich in water, water resources must be used efficiently," he warned, stressing that "no resources are unlimited."

Including past climate data and future projections in water usage plans would largely eliminate the risk of running out, reassured Toros.

"It may be necessary to have different scenarios for this. For example, (water) use can be planned depending on the amount of water in each region. In other words, our activities can be adapted to agriculture, industry, etc. annual water budgets."

He underlined that efforts to grow public awareness and sensitivity on using resources efficiently and economically as well as increasing the share of renewable energy among energy sources should continue.