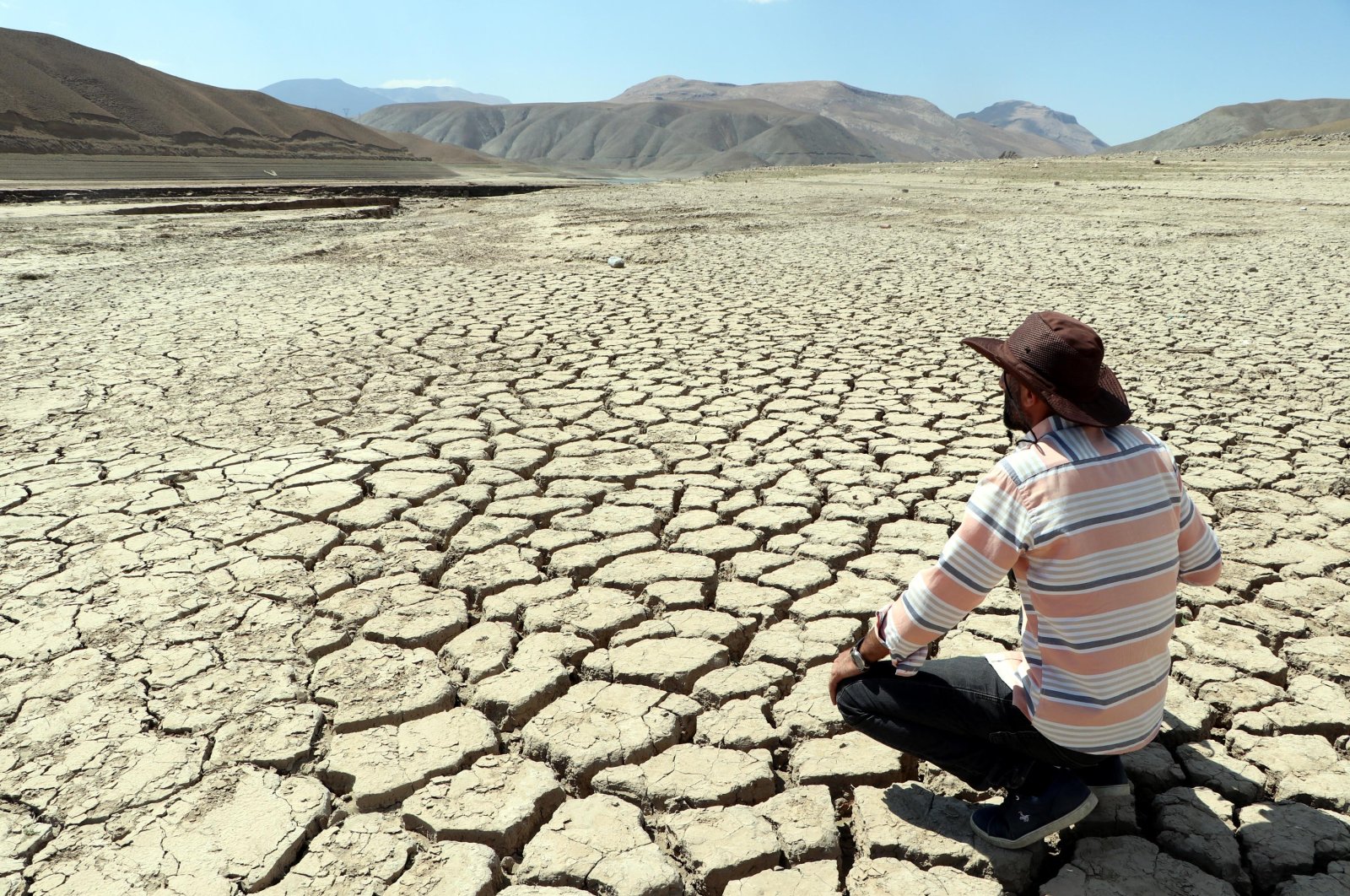 In the face of climate change that spells trouble for agriculture, Turkey works to promote water-saving practices and drought-resistant crops

As a drought risk looms in Turkey, authorities are scrambling to find solutions to the problems being exacerbated by climate change and excess use of water.

Turkey is aiming to modernize its irrigation systems and agriculture in line with the national water policy, said the country's forestry and agriculture minister on Tuesday.

Water use in agriculture is being rearranged in order to reduce the negative effects of climate change and drought, a statement from the Ministry of Agriculture and Forestry quoted Bekir Pakdemirli as saying. Keeping in mind the current insufficient groundwater and other water constraints, the ministry is looking at measures to promote crops with low water consumption in the hopes of replacing high water consumption crops, such as corn. "Taking into account climate change and drought conditions, we have accelerated our efforts to promote water-saving modern irrigation systems," said Pakdemirli.

"With the completion of important infrastructure works in irrigation, such as in-field development services, and a transition to closed irrigation systems, a very high level of saving will be achieved in irrigation water," he said. "Irrigation management technologies for the effective use of water in agriculture will be given priority in the future. The more we prioritize technology and innovation, the faster we will secure our future."

Speaking at a workshop entitled "Climate Change and Agriculture" in the western province of Izmir on Wednesday, Pakdemirli said droughts, which were limited to once in a decade in the past, would soon occur nearly twice as frequently.

"We cannot ignore the impact of climate change. We will be ready for this new climate by transforming agriculture, boosting the forest resources and ensuring efficient use of water," he said.

Pakdemirli noted that the effects of climate change surfaced in the country in the form of heavy precipitation in some places and drought and forest fires in others.

"We saw 16 major forest fires in just 17 days (this summer) while it was only five throughout the past five years. Climate change also affects the water cycle, as we have seen in flood disasters in Bartın, Kastamonu and Sinop," he highlighted.

Pakdemirli said they certified the development of 42 species of wheat and 19 species of barley resistant to drought and were working to provide incentives to farmers to use these species, adding that they also allocated funds to compensate for the losses of agricultural producers affected by the droughts.

Soaring temperatures and lack of precipitation prevalent across the country are ringing alarm bells for agriculture at a time when dams, ponds and rivers report considerable drops in water levels. Zernek Dam in the eastern province of Van is the latest dam to be affected by the risk of drought. Cracks on dry land and small islets emerging in places once filled with water indicate the severity of the situation.

"We are witnessing a serious drought in Turkey," associate professor Mustafa Akkuş of Yüzüncü Yıl University said as he examined the effects of the drought on the dam. "Lakes are shrinking as well, and most farmers in the region cannot find fertile conditions to raise their crops. The Lake Van basin is in particular danger as it is a closed area where we cannot supply water," he told Ihlas News Agency (IHA) Wednesday.

Akkuş said agricultural activities take up 74% of the total water consumption in Turkey, and it is for this reason that they have to ensure efficient water use. "Here in this basin, for instance, farmers should abstain from growing crops like beets, which need lots of water. We also need to find ways to collect precipitation, to prevent it from pouring into bodies of water. Every building should have a rainwater collecting system, for instance," he said.

Turkey is home to some 173 gypsophyte plant species, which means they are a type that thrives even in drought conditions. Professor Latif Kurt, a biology expert from Ankara University who joined a European Union-backed study on gypsophyte plants, says that while there were some 1500 gypsophytes in the world, Turkey alone accounts for 173 of the species, including plants like mullein and Turkish soaproot, which are used in the food industry in dessert and ice cream production and in cleaners, including soaps, as well as in bread and some drugs.

"Plants have adapted themselves to the drought over millions of years, and we are studying these plants to learn about their adaptation mechanism and possible use of these mechanisms in other plants," Kurt told Demirören News Agency (DHA) on Wednesday.

"Three-fourths of Turkey is under the impact of an arid or semi-arid climate. It is one of the countries that will be most affected by a lengthy drought in the future. This year was among the driest in more than four decades and crop losses exceeded 60% in some places," he said.