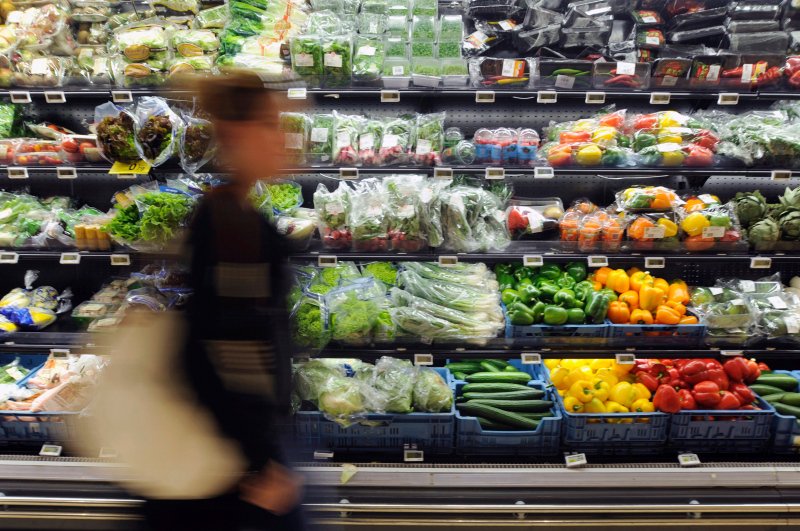 A customer walks past the fruit and vegetable section of a Carrefour grocery store in Brussels, Belgium, Sept. 4, 2014. (Reuters Photo)
by Anadolu Agency Apr 13, 2020 3:39 pm

The retail sales volume, with constant prices in the Turkish economy, jumped 10.6% year-on-year in February, according to official figures released Monday.

During the month, the highest annual hike was seen in nonfood sales – except automotive fuel – with 14.7%, the Turkish Statistical Institute (TurkStat) stated.

It added that food, drinks and tobacco sales, and automobile fuel sales followed it with rises of 9.6% and 1.8%, respectively, year-on-year in February.

Among nonfood, the volume of textile, clothing and footwear sales rose 19.3%, and computers, books and telecommunications equipment climbed 15.8%.

The volume of medical goods and cosmetic sales, electronic goods and furniture sales went up 8.1% and 6.7%, respectively.

TurkStat also revealed that the calendar-adjusted retail turnover with current prices jumped 21.8% in February on a yearly basis.