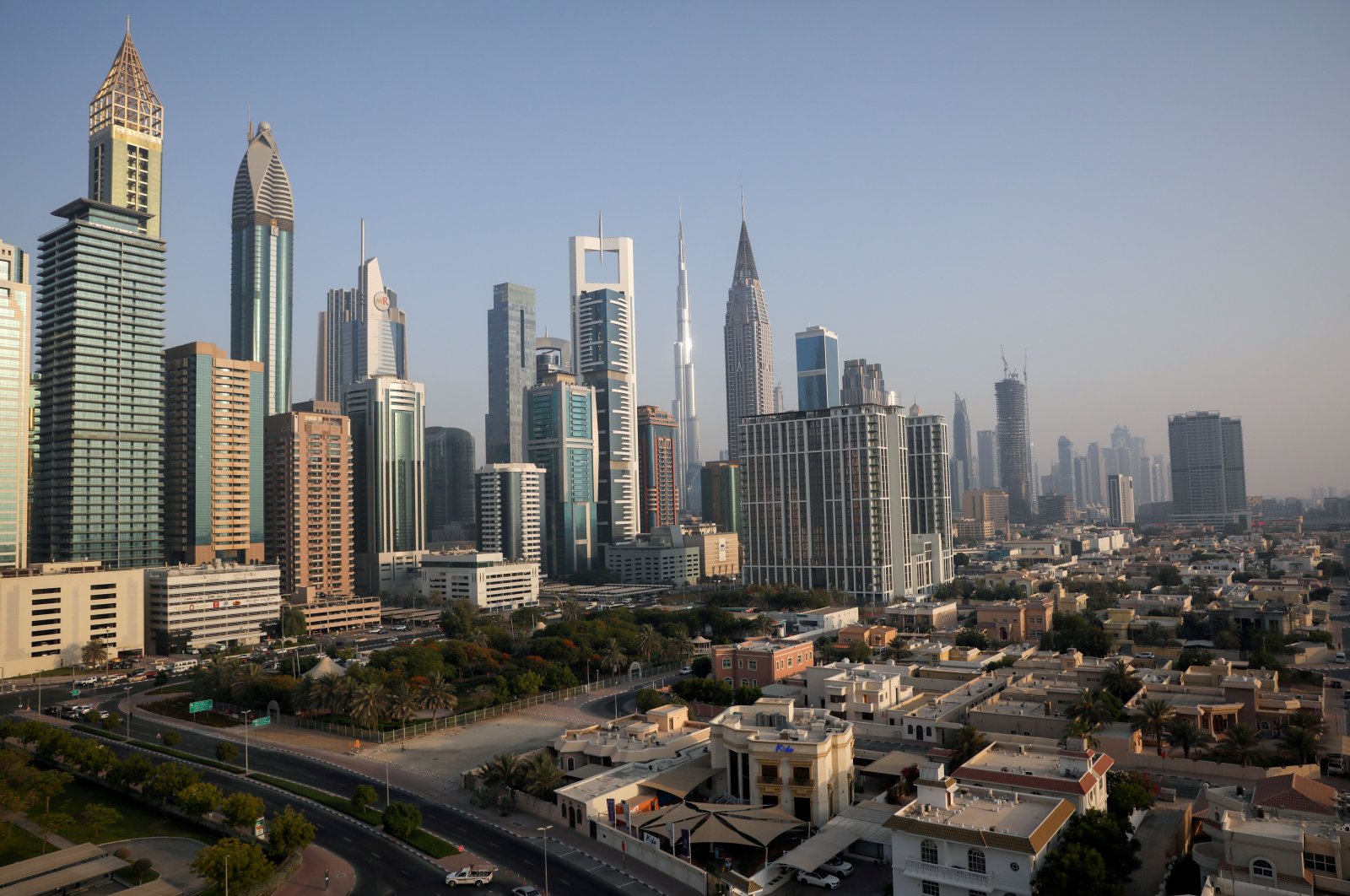 A general view of the Burj Khalifa and the downtown skyline in Dubai, United Arab Emirates, June 12, 2021. (Reuters Photo)
by Daily Sabah with Reuters Sep 15, 2021 10:27 am
RECOMMENDED

The United Arab Emirates (UAE) will pursue an aggressive timetable to negotiate economic agreements with eight countries it wants to deepen trade ties with, hoping to wrap up some of those talks within a year, its trade minister said Tuesday.

The Gulf state, already a hub for global trade, this month announced plans to strengthen trade and economic ties with India, Britain, Turkey and South Korea among others.

"We really do hope that ... at least the first ones are going to be concluded within six months to one year. So we are talking about a very aggressive, quick work and quick negotiations," Minister of State for Foreign Trade Thani al-Zeyoudi told Reuters in an online interview.

He did not identify any country.

The UAE seeks to bilaterally pursue what al-Zeyoudi called comprehensive economic accords with the eight countries on trade, foreign direct investment and sectors like tourism.

The other countries the UAE is hoping to deepen trade ties with are Ethiopia, Indonesia, Israel and Kenya.

The UAE's push to bolster its status as the Middle East commercial hub comes after it was hit hard by the pandemic with its economy contracting last year, and as it faces increasing economic competition from Saudi Arabia.

Al-Zeyoudi, without naming Saudi Arabia, said the UAE was focused on strengthening its own economy and was not paying attention to what others in the region were doing, though added that economic competition between states was natural and healthy.

The renewed focus on the economy also follows a reset of its assertive foreign policy that has seen it take steps to mend strained ties with regional power Turkey and neighbor Qatar.

Turkey and the UAE have engaged in swift talks recently, signaling that ties are getting back on track as a truce between the two countries has calmed tensions after a yearslong rift.

But with ongoing political differences, the two countries are expected to focus on building economic ties and deescalating, rather than resolving, an ideological rift that has drawn a faultline through the Middle East.

After his meeting with the UAE national security adviser Sheikh Tahnoun bin Zayed Al Nahyan last month, Erdoğan had said that the two countries have made progress in improving relations, which could lead to significant UAE investment in Turkey.

The UAE wants economic and trade relations with those countries, as well as regional power Iran, al-Zeyoudi said.

Al-Zeyoudi, who is in the United States, also said he had discussed U.S. tariffs on UAE aluminum and steel imports with U.S. counterparts and that he hoped the matter would be "sorted."