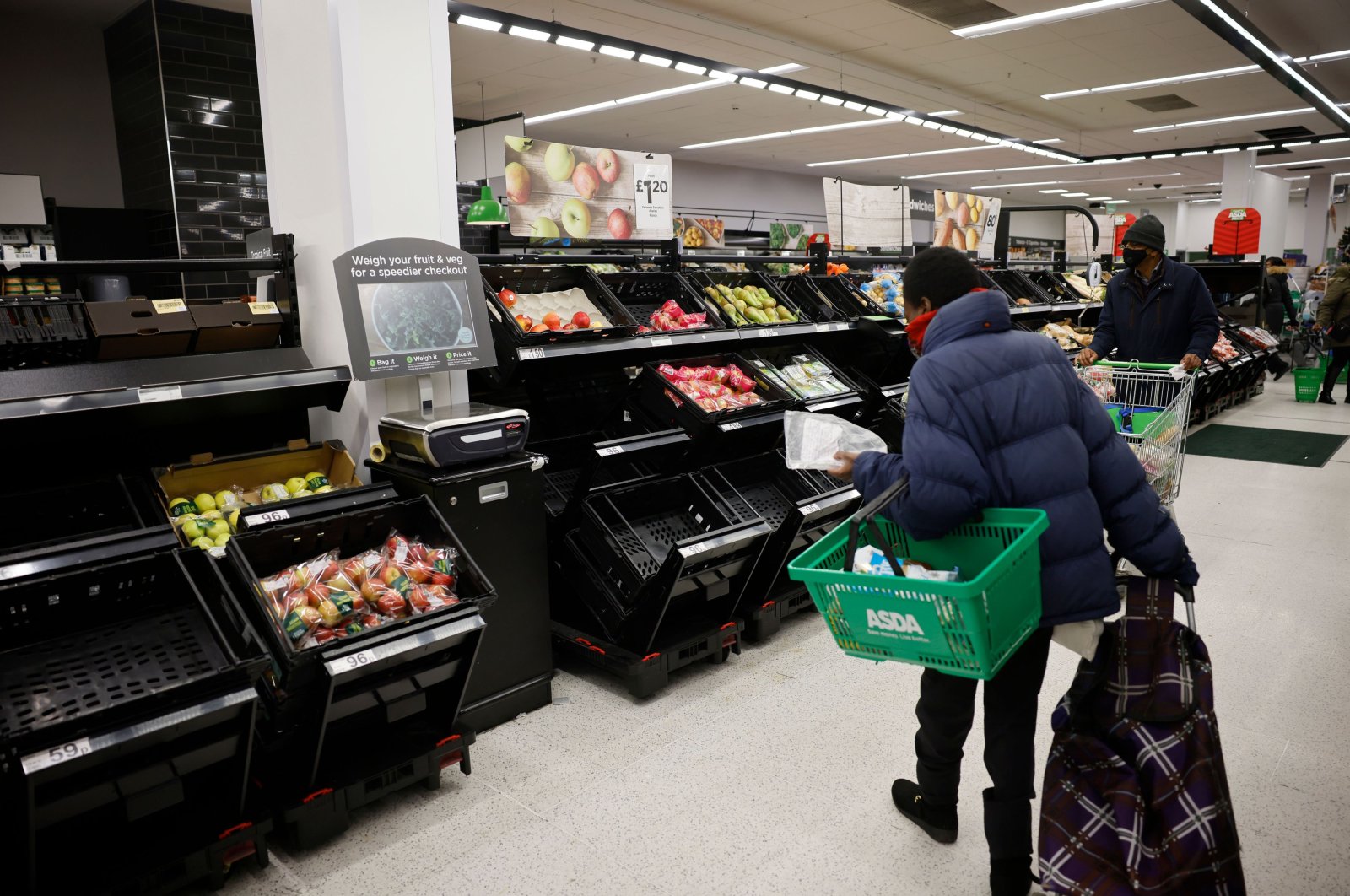 Inflation in the United Kingdom has soared to the highest level since the early stages of the COVID-19 pandemic, official data showed Wednesday, stoking fears of a global inflationary spike as economies reopen.

The Consumer Prices Index rate hit 1.5% in April, attaining the highest point since March 2020 when the COVID-19 crisis erupted, the Office for National Statistics (ONS) said in a statement.

The upswing, which compared with 0.7% in March 2021, was fueled by rising clothing and energy costs and came as the U.K. economy embarked on a phased reopening.

"Inflation rose in April, mainly due to prices rising this year compared with the falls seen at the start of the pandemic this time last year," said chief ONS economist Grant Fitzner.

"This was seen most clearly in household utility bills and clothing prices."

Energy prices rose after the government recently increased its electricity and gas tariff cap, having cut it a year earlier.

And rising crude oil prices fed through into higher costs for motor fuels, which are now at their highest level since January 2020.

Wednesday's news has fueled fears that global inflation could also spike this year when Britain and other nations fully emerge from under COVID-19's shadow.

"At current levels, inflation is nothing to fret about, but there is rising concern that the fiscal and monetary response to the pandemic has sown the seeds of an inflationary scare further down the road," said AJ Bell analyst Laith Khalaf.

British Prime Minister Boris Johnson's Conservative government has spent more than 350 billion pounds ($487 billion) in emergency measures since the outbreak of COVID-19 at the start of last year.

In addition, the Bank of England slashed its main interest rate to a record-low 0.1% and pumped the economy with nearly half-a-trillion pounds of cash stimulus.

"For the moment, the Bank of England is dismissing consumer price increases as a natural bounce back from the depths of the pandemic last spring," said Khalaf.

"But the economic recovery could be a Trojan horse, smuggling inflation into the U.K., right under the nose of central bankers."

The Bank of England had already warned that energy price hikes would push U.K. inflation beyond its 2.0% target this year.

Britain is meanwhile exiting lockdowns at a gradual pace, allowing the economy to further recover from pandemic fallout.

The economy began to recover strongly at the end of the first quarter, despite only minor easing of lockdowns, data showed last week.

U.K. gross domestic product jumped 2.1% in March, although it was not enough for the U.K. economy to avoid contracting overall in the first quarter.