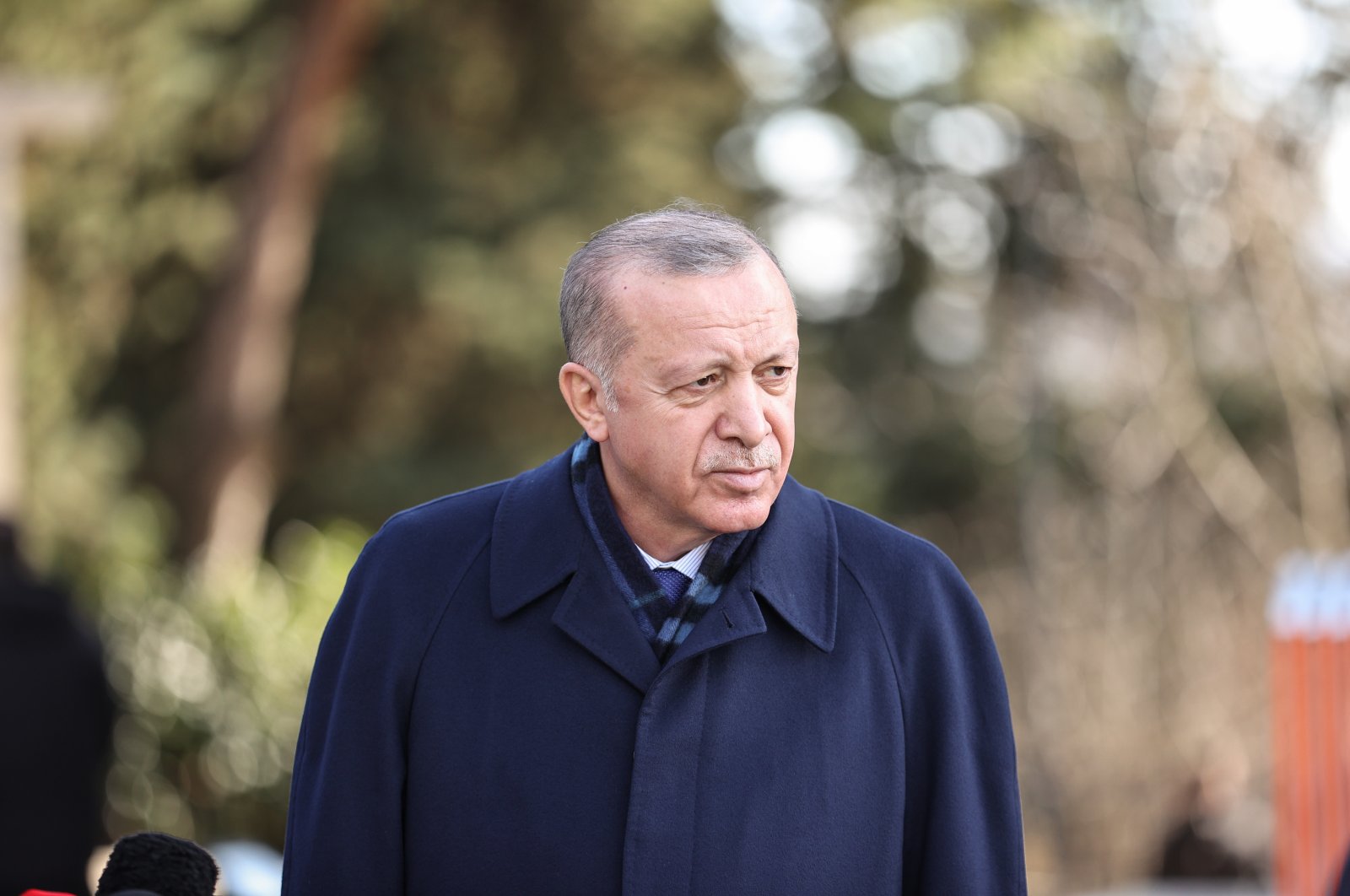 President Recep Tayyip Erdoğan said Friday that Turkey's trade deal with the United Kingdom is the most important agreement since the customs union with the European Union.

“We are also in talks to update the customs union with the EU. I hope we will progress in all of these efforts in 2021,” Erdoğan told young businesspeople in a meeting in Istanbul.

In a major milestone, Turkey and the U.K. signed the FTA in late December.

The U.K. is Turkey’s second-largest trading partner after Germany. It is also among the 17 countries with which Turkey has increased its exports in 2019 in five priority sectors: machinery, automotive, electronics, chemicals and food. Turkey’s top exports to the U.K. are electrical machinery and devices.

Erdoğan also noted that Turkey will take every step necessary to create an environment for better investment opportunities, adding that Turkey has had $15 billion worth of foreign portfolio entry in recent months.

“Our goal is make Turkey strong and competitive global player for post-COVID period,” the president said.

The Organisation for Economic Co-operation and Development (OECD) last week revised up Turkey’s growth forecast for 2020. In its latest Economic Survey of Turkey, the Paris-based organization said: “The Turkish economy’s recovery from the first wave of the pandemic was strong but faced headwinds.” It said the country’s growth rate is estimated to have declined by 0.2% in 2020 instead of 1.3% as previously expected.

"Currency stability is very important in battling against inflation; I'm totally against high interest rates. I don't believe our country will prosper with high interest; I'll continue to say this," he said.

Turkey’s central bank on Thursday left its benchmark interest rate unchanged as expected and promised to tighten policy more if needed to battle inflation even after sharp hikes in recent months.