US jobless claims remain high as another 1.3M Americans file for unemployment aid 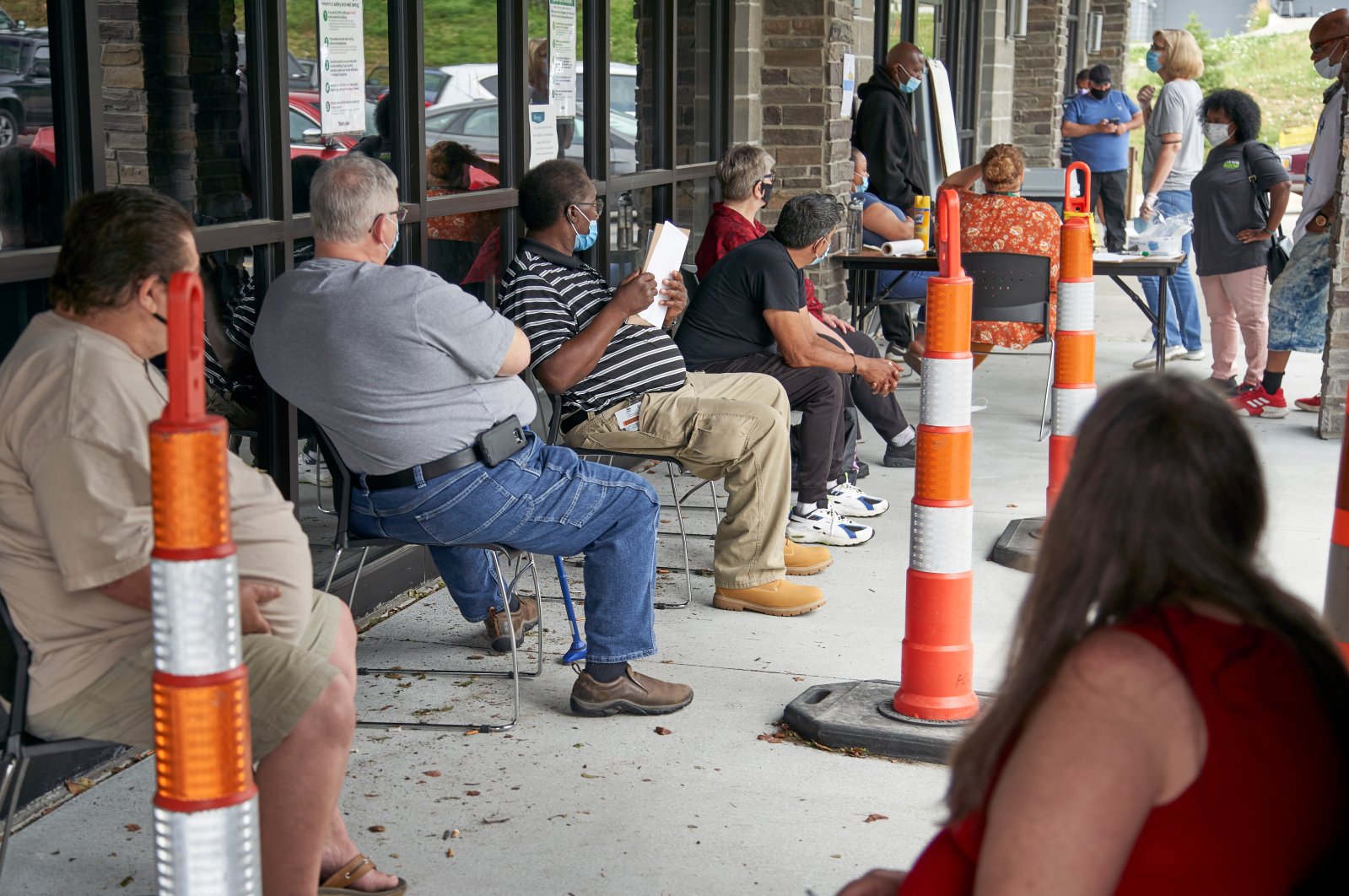 The elevated level of applications for jobless aid is happening as new confirmed cases of the coronavirus are spiking across much of the Sun Belt, threatening to weaken the economic recovery. Case counts are rising in 40 states, and 22 states have either paused or reversed their efforts to reopen their economies, according to the Bank of America.

Rising infections paralleled rising applications for aid in some states getting hit right now and fell in states with declining infections. In Florida, claims doubled to 129,000, and in Georgia, they rose nearly one-third to 136,000. In California, they increased by 23,000 to nearly 288,000. Applications also rose in Arizona and South Carolina, while they fell in Texas, New Jersey and New York.

The Labor Department’s Thursday report showed that applications for jobless aid fell by about 10,000 from the previous week. The figure has now topped 1 million for 17 straight weeks. Before the pandemic, the record high for weekly unemployment applications was nearly 700,000.

Those figures are adjusted for seasonal variations, a practice that is intended to filter out trends that don't reflect on the economy, such as the firing of seasonal workers after the winter holidays. Yet the impact of the coronavirus has made such adjustments less relevant, economists say, because claims are so far above normal levels.

Before seasonal adjustment, applications actually rose 100,000 to 1.5 million, a sign that layoffs are actually worsening. The total number of people receiving jobless benefits dropped 400,000 to 17.3 million, the government said. That suggests that some companies are continuing to rehire workers, which could offset some of the job losses reflected in the still-high level of claims.

An additional 928,000 people sought benefits last week under a separate program for self-employed and gig workers that has made them eligible for aid for the first time. These figures aren’t adjusted for seasonal variations, so the government doesn’t include them in the official count.

The resurgence of the virus and new business shutdowns in states such as Florida and California, along with signs that consumers are pulling back from eating out and other activities, has intensified fears that the economic recovery is losing steam. The government’s employment report for June showed a solid gain of 4.8 million jobs and an unemployment rate that fell to 11.1% from 13.3%.

But economists increasingly doubt that such a pace can be sustained. The number of employees working in small businesses declined last week, particularly in states with worsening viral outbreaks, according to data from Homebase, a company that makes scheduling and work-tracking software.

“The risk of a dip lower in the economy has increased as more states adopt policies to combat the virus spread,” economists at the Bank of America said in a research note. “Until the country manages to get the virus under control, the recovery is likely to be one of fits and starts.”

Companies continue to lay off people. American Airlines warned its workers Wednesday that it may have to cut up to 25,000 jobs in October because of sharply reduced air travel. Airlines are barred from layoffs until then as a condition of federal aid they have received. United Airlines has already told 36,000 workers that they may lose their jobs.

Air traffic began to slowly rebound in mid-April but like other parts of the economy, the improvement plateaued in July as the viral outbreak worsens.

Separately, U.S. retail sales climbed a solid 7.5% in June, a sign that the economy was healing right before infections from the coronavirus spiked again and dragged down hopes for a steady recovery.

The Census Bureau reported Thursday that retail sales are 1.1% higher than their levels from a year ago, after a brutal plunge in March and April was offset by a decent rebound in May and June.

The report shows how shoppers and businesses are adjusting to life in a pandemic, changing their habits in hopes of halting an illness that can quickly flare-up and wreak financial havoc.

Adding to the pressure are signs that the recovery in consumer spending began to stall at the end of last month, according to an analysis of credit cards by the bank JPMorgan Chase.

Non-store sales – which includes online shopping – slumped 2.4% over the past month but are 23.5% higher from a year ago. Spending at restaurants and bars jumped 20% last month, but it's still down 26.3% from last year. Sales at clothing stores more than doubled between May and June, yet they've collapsed 23.2% from a year ago.

Shoppers have responded by shifting their spending and not only to online retailers. Sales at building materials stores were up 17.3% annually. Stores selling sporting goods, musical instruments, books and hobby supplies have enjoyed yearly growth of 20.6%. Purchases at grocers have increased by 11.7% over the past year.