US retail sales post record May surge in partial rebound 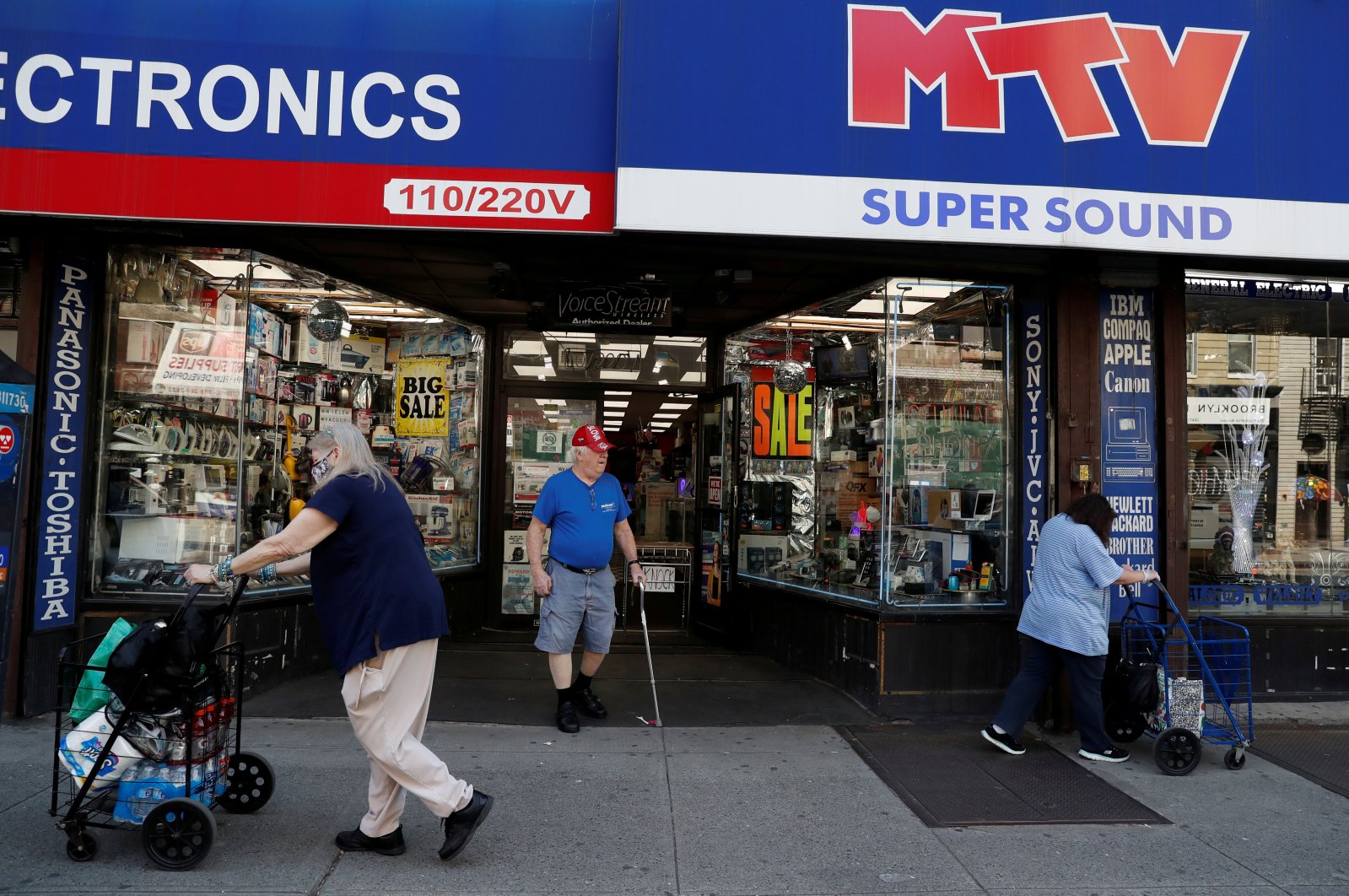 Shoppers are seen outside a retail store during the coronavirus outbreak in the Brooklyn borough of New York City, New York, U.S. June 9, 2020. (Reuters Photo)
by REUTERS Jun 16, 2020 5:39 pm
RECOMMENDED

U.S. retail sales showed their biggest increase on record in May after two straight months of sharp declines as businesses reopened, offering more evidence that the recession triggered by the COVID-19 pandemic may be drawing to an end.

The report from the Commerce Department on Tuesday followed news early this month that the economy created 2.5 million jobs in May. Layoffs are also ebbing and manufacturing activity is improving, though productivity remains very low.

Still, the record jump in retail sales recouped only a fraction of March and April's decreases, leaving consumer spending and the economy on track for their biggest contraction in the second quarter since the Great Depression. The economy slipped into recession in February.

"The economy and retail sales have hit the bottom in May and we have a V-shaped first stage of recovery," said Sung Won Sohn, a business economics professor at Loyola Marymount University in Los Angeles. "However, it will take quite some time to get back to anywhere near the levels of retail sales and economic activity we enjoyed around the turn of the year."

Retail sales jumped 17.7% last month, the biggest advance since the government started tracking the series in 1992. Data for April was revised to show a record 14.7% drop in sales instead of the previously reported 16.2%. Economists polled by Reuters had forecast retail sales would rise 8% in May.

Retail sales fell 6.1% on a year-on-year basis in May.

Even with May's surge, sales were still about 8% below their February level. The reopening of nonessential businesses last month after being shuttered in mid-March to slow the spread of COVID-19, the respiratory illness caused by the novel coronavirus, has seen Americans flocking to car dealerships and spending more on gasoline, apparel and at restaurants.

Receipts at clothing stores rebounded 188% last month. Sales at furniture stores soared 89.7%. Receipts at restaurants and bars advanced 29.1%. Spending at hobby, musical instrument and book stores vaulted 88.2%. All these categories had suffered record declines in sales in March and April.

U.S. stock index futures extended gains after the release of the report. The dollar slipped against a basket of currencies. Prices of U.S. Treasuries fell.

Excluding automobiles, gasoline, building materials and food services, retail sales surged 11% in May after tumbling 12.4% in April. These so-called core retail sales correspond most closely with the consumer spending component of the gross domestic product report.

Economists expect consumer spending, which accounts for more than two-thirds of U.S. economic activity, could decline at as much as a 50% annualized rate in the second quarter. That could result in GDP plunging at around a 48.5% pace in that period.

Despite signs of recovery in retail sales, record savings and the government's historic fiscal package of nearly $3 trillion providing a cushion for consumers through one-time $1,200 checks and generous unemployment benefits, economists caution that consumer spending is not out of the woods yet.

Some parts of the country are experiencing a resurgence of COVID-19 infections. The unprecedented economic upheaval saw personal savings increasing at a record of $337 billion in April and the saving rate hitting an all-time high of 33%.

"We look for record household savings to help fuel the sharp pick-up in spending in the third quarter that might not be possible through monthly income alone," said Tim Quinlan, a senior economist at Wells Fargo Securities in Charlotte, North Carolina. "Still, even after the extra savings have fueled spending for the next year and a half, we still anticipate that the real level of personal consumption expenditures will end 2021 about 2.5% below where it was at the end of 2019."