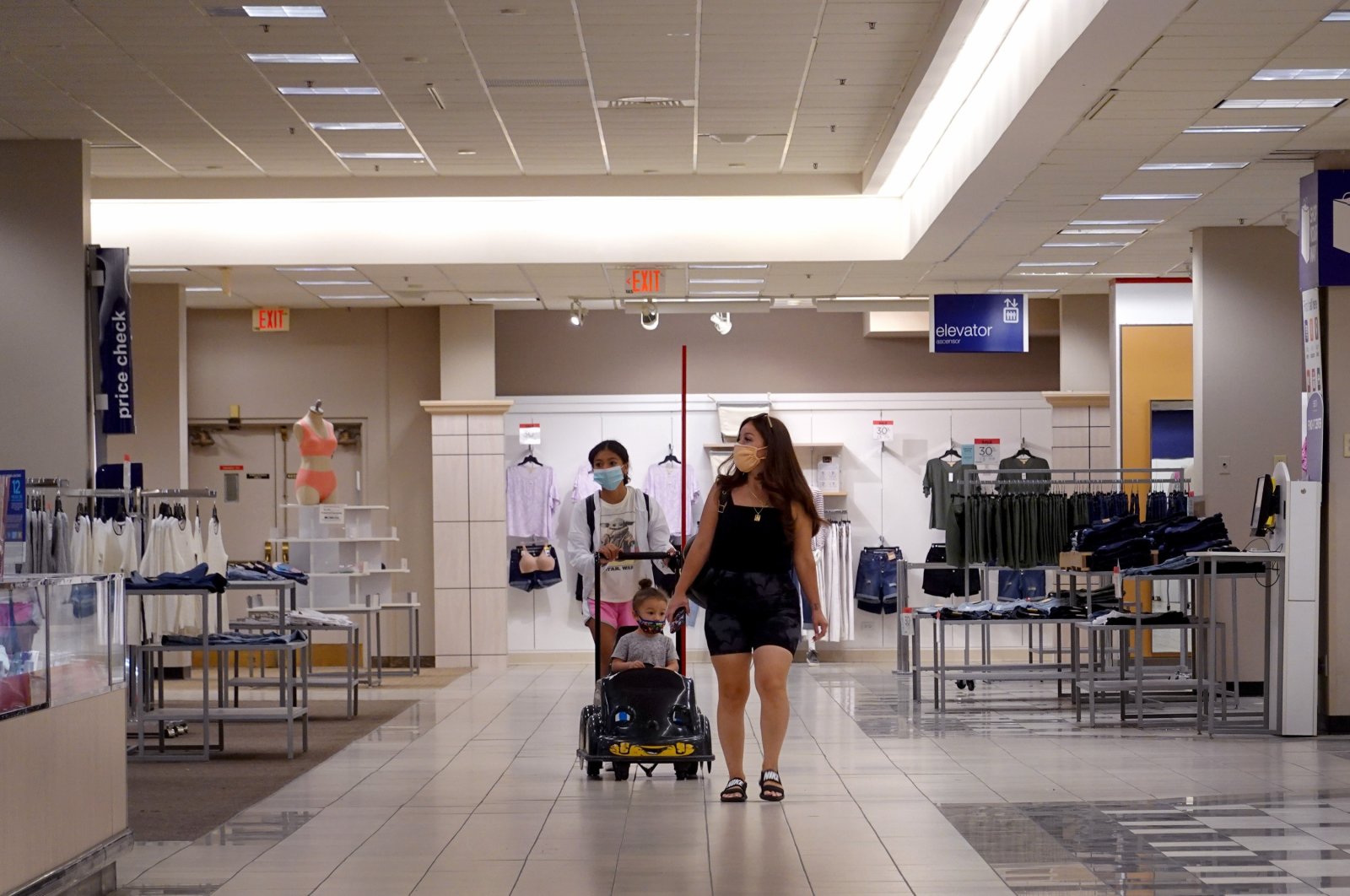 U.S. retail sales unexpectedly increased in August as a surge in online and furniture store purchases offset a continued decline at auto dealerships, which could temper expectations for a sharp slowdown in economic growth in the third quarter.

The surprise rebound in retail sales reported by the Commerce Department on Thursday came as economists have been downgrading their gross domestic product estimates for the current quarter, citing plunging motor vehicle sales, which are the result of an acute inventory shortage.

Retail sales rose 0.7% last month. Data for July was revised down to show retail sales declining 1.8% instead of 1.1% as previously reported. Economists polled by Reuters had forecast retail sales would drop 0.8%. Sales increased 15.1% from a year ago and are well above their pre-pandemic level.

They are holding up even as spending is shifting back from goods to services like travel and entertainment, though soaring COVID-19 infections are likely delaying the services spending boom. Retail sales are mostly goods, with services such as health care, education, travel and hotel accommodation making up the remaining portion of consumer spending.

Online retail sales rebounded 5.3% after tumbling 4.6% in July. Most school districts started their 2021-2022 academic year in August, with in-person learning resuming after last year's shift to online classes because of the pandemic.

But sales at auto dealerships tumbled 3.6% after declining 4.6% in July. An ongoing global shortage of microchips, which is forcing automakers to cut production, is leading to a scarcity of inventory at showrooms.

The semiconductor crunch, which has been worsened by the latest wave of infections driven by the delta variant of the coronavirus, primarily in Southeast Asia, is also causing shortages of some electronic goods. Congestion at ports in China is also adding to the supply bottlenecks.

But receipts at sporting goods, hobby, musical instrument and book stores dropped 2.7%. Sales at electronics and appliance stores fell 3.1%, likely because of shortages.

These so-called core retail sales correspond most closely to the consumer spending component of GDP. They were previously estimated to have dropped 1.0% in July.

Tanking motor vehicle sales and the struggles of businesses trying to replenish stocks have prompted economists to slash their GDP growth estimates for the third quarter.

On Wednesday, economists at JPMorgan again trimmed their third-quarter GDP growth forecast to a 5.0% annualized rate from a 7.0% pace. Goldman Sachs early this month cut its estimate to a 3.5% rate from a 5.25% pace.

The slowing momentum was corroborated by the Federal Reserve's "Beige Book" report last week showing "economic growth downshifted slightly to a moderate pace in early July through August." The economy grew at a 6.6% rate in the second quarter.

"We are expecting domestic demand to step up next quarter," said Michael Feroli, chief U.S. economist at JPMorgan in New York. "This assumes the delta headwind fades and that the issues afflicting the motor vehicle sector gradually abate."

Americans are sitting on at least $2 trillion in excess savings accumulated during the pandemic. Wages are rising as companies scramble to fill a record 10.9 million job openings.

A separate report from the Labor Department on Thursday showed initial claims for state unemployment benefits increased 20,000 to a seasonally adjusted 332,000 for the week ended Sept. 11. Economists had forecast 330,000 applications for the latest week.

Claims were likely boosted by Hurricane Ida, which devastated U.S. offshore energy production and knocked out power in Louisiana. Ida, one of the most powerful hurricanes ever to strike the U.S. Gulf Coast, also drenched Mississippi and caused historic flooding in New York and New Jersey.