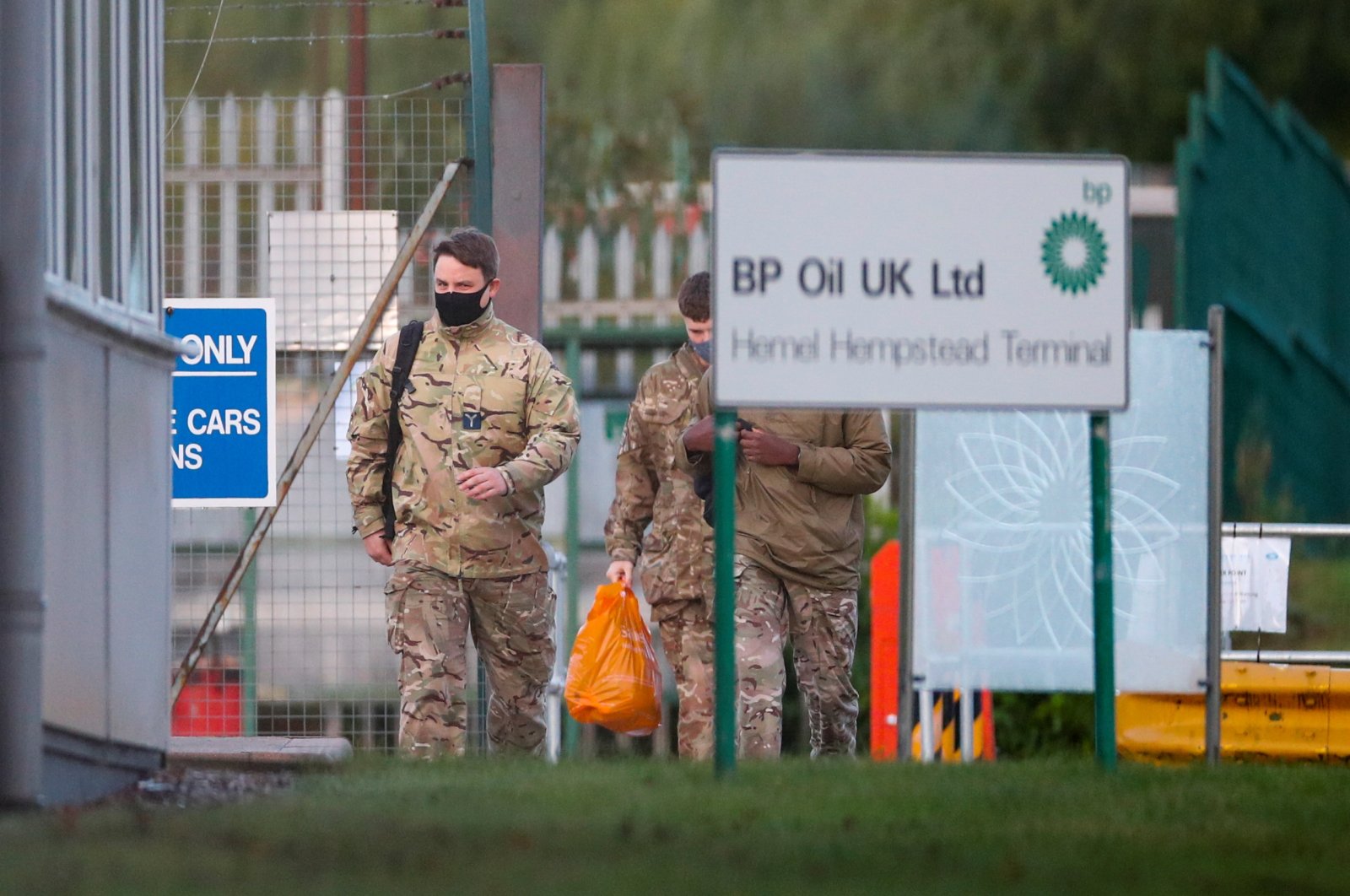 British military personnel in combat fatigues began delivering fuel to gas stations Monday after the government ordered the army to help compensate for an acute shortage of truckers, which disrupted supplies for more than a week, leading to long lines at the pumps as anxious drivers scrambled to fill their tanks.

The U.K. is short tens of thousands of truckers, because of a confluence of factors including the coronavirus pandemic, an aging workforce and an exodus of foreign workers following Britain’s departure from the European Union. The problem has contributed to empty supermarket shelves and shuttered gas pumps.

Panic buying of fuel amid the shortage of truckers triggered chaotic scenes across major cities last week with queues of drivers stacked up. Some have had fistfights over the pumps while others hoarded fuel in old water bottles.

“The situation has been improving now for I think over a week every day ... it is getting better and as demand settles back to more normal levels the strong expectation is things will resolve themselves.”

Reuters reporters said they saw at least two dozen gas stations still closed across London and southern England. Drivers were still queuing outside those stations which were open.

The Petrol Retailers Association said about 22% of fuel stations in London and the southeast were still without fuel, and the association’s executive director, Gordon Balmer, said it might take a week to 10 days to get stocks back up to normal.

The association represents about 5,500 independent fuel retailers across the country.

“Some of our members tell us that they have been without fuel for a number of days, some over a week now,” Balmer told Sky News.

British ministers have repeatedly denied that the fuel crisis has anything to do with Brexit and have cast the trucker shortage as a global problem, though other European neighbors have not experienced queues at gas stations.

“The HGV drivers is not a U.K. issue, it’s a Europe-wide issue and beyond,” Sunak said. “I want people to know that we are doing everything we can to mitigate some of those challenges, where we can make a difference.”

Prime Minister Boris Johnson said Sunday he would not return to “uncontrolled immigration” to solve fuel, gas and Christmas food crises, suggesting such strains were part of a period of post-Brexit adjustment.

Adding to the sense of chaos Monday, the British capital was brought to a standstill by climate change activists who blocked major routes into London.

About 50 campaigners from Insulate Britain, which wants the government to commit to providing insulation for 29 million homes, blocked busy routes into the city including the Blackwall Tunnel in east London and a bridge over the River Thames in the southwest of the capital.

Police said they made 38 arrests.