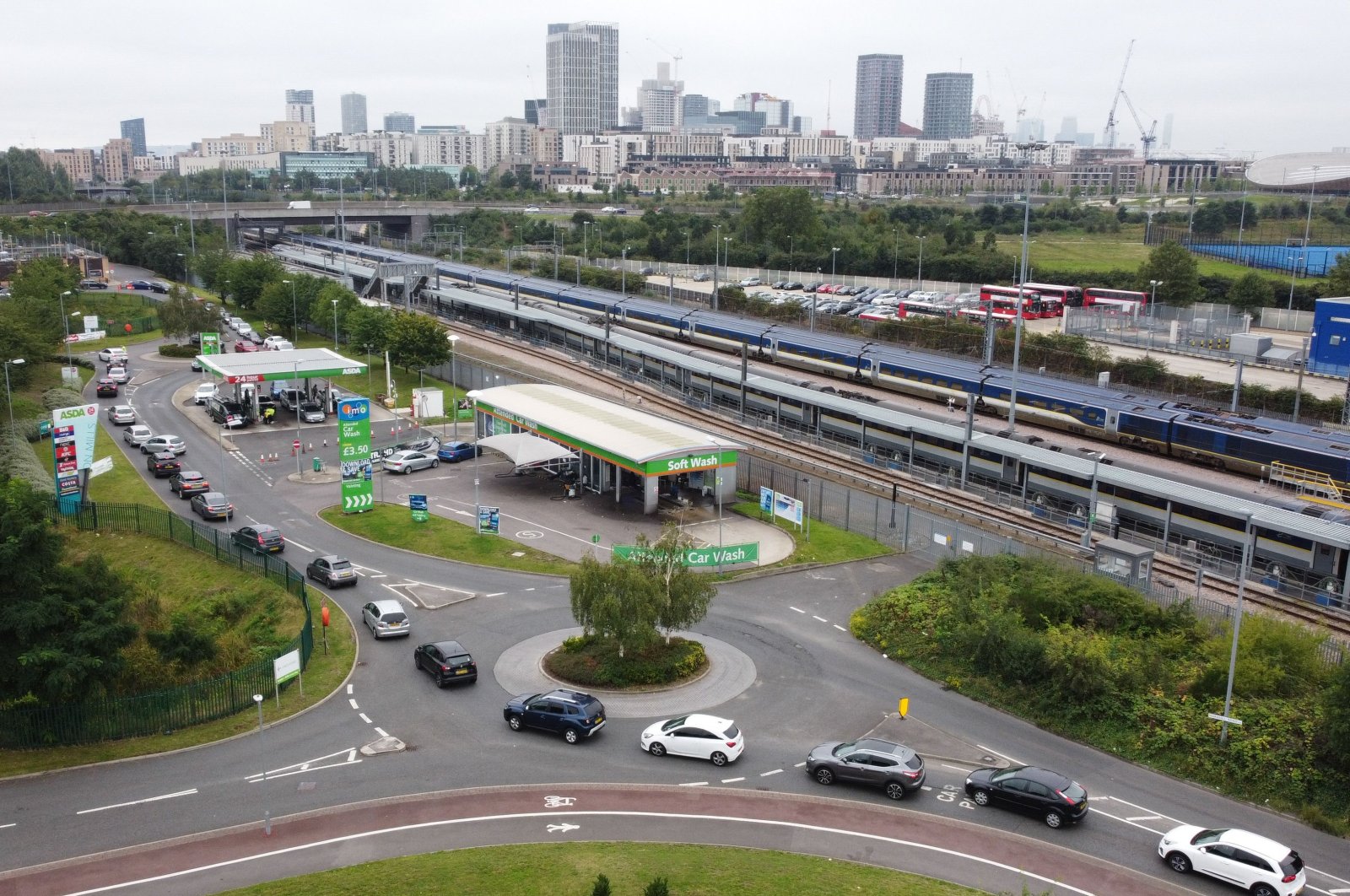 The government of the United Kingdom extended an emergency visa program for truck drivers as the fuel shortage crisis marches on – especially in London and the southeast of England.

In an announcement late Friday, the Conservative government said temporary visas for nearly 5,000 foreign truck drivers it hopes to recruit would run until the end of February instead of expiring on Christmas Eve as originally planned.

The short duration of the program announced last week drew widespread criticism for not being attractive enough to entice foreign drivers.

The government said 300 fuel drivers would be able to come to the U.K. from overseas "immediately” and stay until March. Some 4,700 other visas intended for foreign food truck drivers will last from late October to the end of February.

In another move intended to ease the pressure at the pumps, around 200 military personnel, including 100 drivers, will be deployed from Monday to help to relieve fuel supply shortages that have caused empty pumps and long lines at filling stations.

The government says the situation already was improving.

"U.K. (gas station) stock levels are trending up, deliveries of fuel to (gas stations) are above normal levels, and fuel demand is stabilizing," Business Secretary Kwasi Kwarteng said. "It’s important to stress there is no national shortage of fuel in the U.K., and people should continue to buy fuel as normal.”

However, the Petrol Retailers Association, which represents independent filling stations, warned that fuel supplies remain a problem and could be getting worse in places.

"In London and the southeast, and possibly parts of eastern England, if anything, it had got worse," the group's chairman, Brian Madderson, told BBC radio.

Madderson welcomed the deployment of military drivers next week but warned it would have a limited impact.

"This isn’t going to be the major panacea,” he said. "It’s a large help, but in terms of the volume, they are not going to be able to carry that much."

Opposition parties are urging Prime Minister Boris Johnson to recall parliament next week to address the wider situation of labor shortages and disruptions to supply chains.

In recent months, many companies have reported shortages, including fast-food chains KFC, McDonald’s and Nando’s. Supermarket shelves have also looked barren, and fears have grown that they will not be stocked as usual in the run-up to Christmas.

In an attempt to stave off a shortage of Christmas turkeys, the government also announced that a total of 5,500 foreign poultry workers will be allowed into the U.K. from late October and to stay until the end of the year.

Johnson's pro-Brexit government is keen to downplay talk that the driver shortage is a result of Britain’s departure from the European Union.

However, when the country left the economic orbit of the EU at the start of this year, one of the bloc’s main tenets ceased to apply – the freedom of people to move within the EU to find work. With Brexit, many tens of thousands of drivers left the U.K. to go back to their homes in the EU, further pressuring an industry already facing long-term staffing issues.

The coronavirus pandemic has exacerbated the problem. The U.K.'s series of lockdowns also led to difficulties in training and testing new domestic drivers to replace those who left.

In addition, the pandemic accelerated the number of British drivers choosing to retire. Relatively low pay, changes in the way truck drivers’ incomes are taxed and a paucity of facilities – toilets and showers, for example – have also diminished the job’s appeal to younger workers.