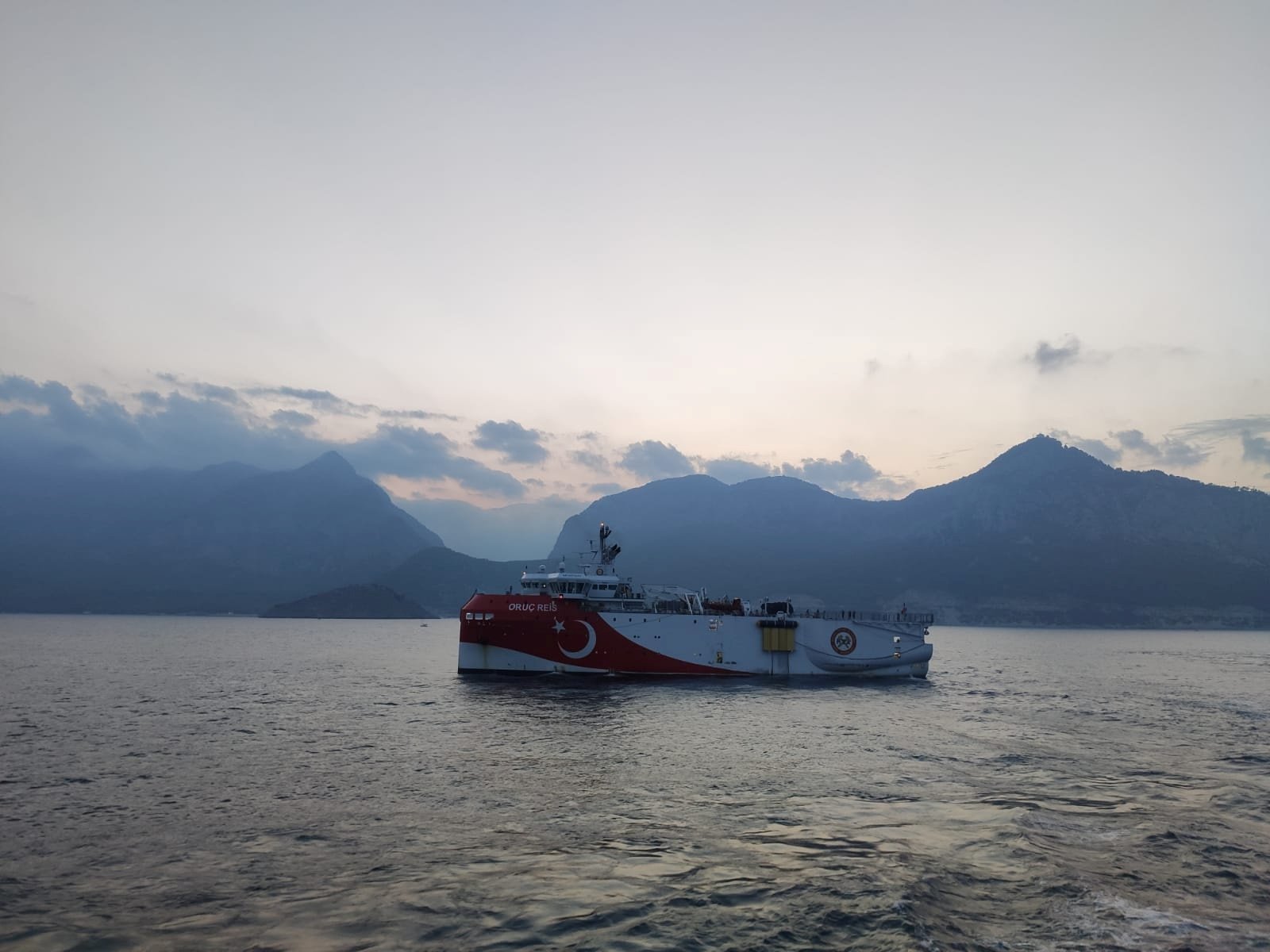 EU leaders in December had proposed asset freezes and travel bans over what they said were Turkey’s “unauthorized drilling activities” for natural gas in the Eastern Mediterranean, although they did not specify individuals.

The EU had also agreed to weigh tougher economic sanctions at a summit on March 25-26 but constructive remarks by President Recep Tayyip Erdoğan this year, German Chancellor Angela Merkel’s support for a more conciliatory approach and the first direct talks between Turkey and Greece in five years are said to have all helped to change the mood.

While France, Greece and the Greek Cypriot administration have pushed hardest for a tough line on Turkey, other EU states led by the economic powerhouse Germany have so far been keen on a more diplomatic approach.

Since then, the rhetoric on all sides has mellowed dramatically as Turkey and the bloc voiced their intent to “turn a new page.” Turkey has recently reiterated that it is part of the bloc and sees its future in the EU, while it will continue efforts toward full membership. Turkish officials have also said that they hope for progress in 2021 and expect the bloc to take definitive action to this end.

The new administration of U.S. President Joe Biden has also urged Brussels not to impose sanctions at a time when Turkey, a NATO ally and EU candidate country, appears more willing to compromise, European and U.S. diplomats said.

"Work has stopped on additional blacklistings of Turkish individuals, and we are not talking of economic sanctions anymore," one EU diplomat told Reuters Thursday.

A second EU diplomat said the work "never really took off" and a third said "the diplomatic track is being prioritized."

Diplomats say a videoconference between Erdoğan and the head of the European Commission on Jan. 9, followed by Foreign Minister Mevlüt Çavuşoğlu’s face-to-face talks with the EU foreign policy chief and separately with NATO’s secretary-general marked the change in Turkish diplomacy.

Erdoğan last month vowed Turkey’s commitment to improving relations with the EU as he reiterated that Ankara prioritizes the EU in its agenda and sees its future in Europe. He has said Turkey hopes to start afresh with the bloc in the new year.

Interactions with the EU in 2020 were unproductive due to the artificial problems created by certain EU members, the president said in January.

The EU had blacklisted two TPAO executives in February 2020, including its vice president, Mehmet Ferruh Akalın. After the EU leaders’ December decision, the bloc was set to sanction more board members, including TPAO’s chairperson, Melih Han Bilgin, a fourth EU diplomat told Reuters.

Ankara has denied any wrongdoing and considered the proposed sanctions to be biased and unfair.

Greece and the Greek Cypriot administration, backed by France, pushed for sanctions on Turkey for the oil and gas exploration by Turkish vessels in the Eastern Mediterranean. Ankara says the activities are taking place in its own territorial waters.

But Merkel, who is expected to step down later this year after 16 years as Germany's leader, favored an approach that prioritizes EU investment in Turkey, and both French President Emanuel Macron and Greece came on the side, the diplomats said.

A report on relations with Turkey commissioned by EU leaders that was originally expected to list the disagreements over energy, human rights and migration, will now be neutral in tone, they said.

Çavuşoğlu said this month that the change of tone was sincere and that Ankara wanted the EU to reciprocate: “We are focusing on ... how we can work together.”

Ankara wants progress on Turks’ right to visa-free travel to the EU, an upgrade of the customs union agreement with the bloc and recognition of its claims to hydrocarbons off its maritime shelf.