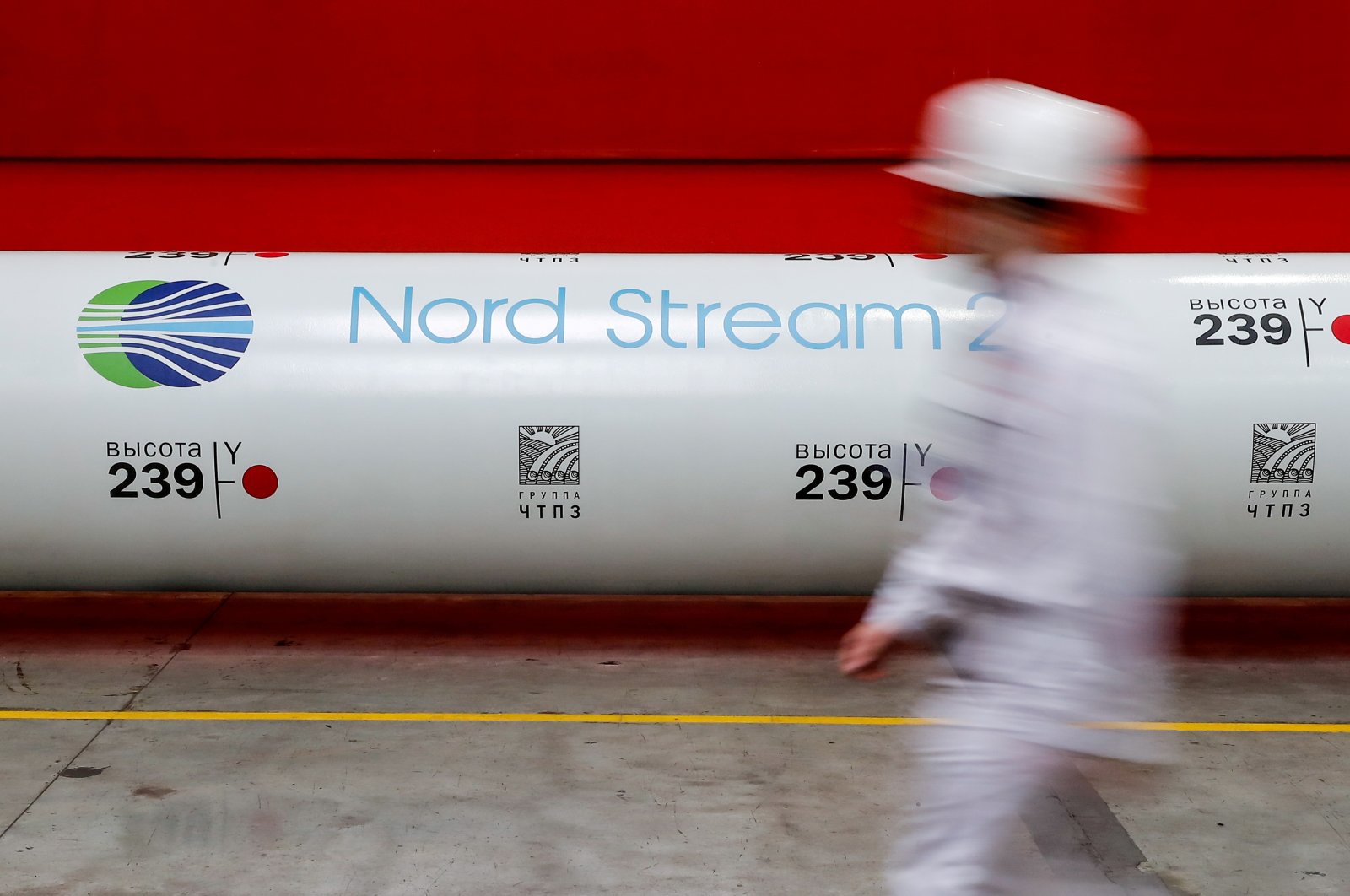 The logo of the Nord Stream 2 gas pipeline project is seen on a pipe at the Chelyabinsk pipe rolling plant in Chelyabinsk, Russia, Feb. 26, 2020. (Reuters Photo)
by REUTERS Jun 25, 2021 8:57 pm
RECOMMENDED

Berlin and Washington are committed to resolving a dispute over the Nord Stream 2 pipeline carrying Russian gas to Europe by the end of August as German Economy Minister Peter Altmaier said on Friday that he had a productive meeting with U.S. Energy Secretary Jennifer Granholm.

Altmaier told reporters after a meeting with Granholm that he was encouraged by comments this week by U.S. Secretary of State Antony Blinken, who noted the pipeline was nearly complete and that any solution must be acceptable to both sides.

"We are committed to reaching a solution by August," Altmaier said. "There's a lot riding on breaking up this Gordian knot and it's certainly worth working for a good resolution."

Washington opposes the Nord Stream 2 pipeline, which would double Russian gas exports across the Baltic Sea and could help Russia curtail gas exports via Ukraine, depriving Kyiv of transit fees.

The U.S. State Department concluded in May that Nord Stream 2 AG – the company behind the pipeline to Germany – and its CEO, Matthias Warnig, an ally of Russian President Vladimir Putin, engaged in sanctionable activity.

Blinken waived those sanctions, saying this was in the U.S. national interest, and President Joe Biden later said the decision reflected his desire to rebuild ties with Germany.

Altmaier said the issue remained complex given geopolitical, energy and business interests, but expressed optimism a solution was possible, especially given both countries' shared interest in transitioning away from fossil fuels.

Altmaier said Germany had agreed during negotiations with the former Trump administration to build two LNG gas terminals that could receive gas deliveries from the United States if problems arose with Russia, but the new U.S. government was more interested in developing carbon-neutral energy solutions.

He said he told Granholm that Germany, like the United States, was investing heavily in technologies aimed at reducing the cost of producing so-called green hydrogen, made by using renewable energy to power electrolysis to convert water.

"We agreed that we want to share knowledge, develop them further and perhaps work together on projects with other countries," he said.