Is Nord Stream 2 a threat to Europe’s security? 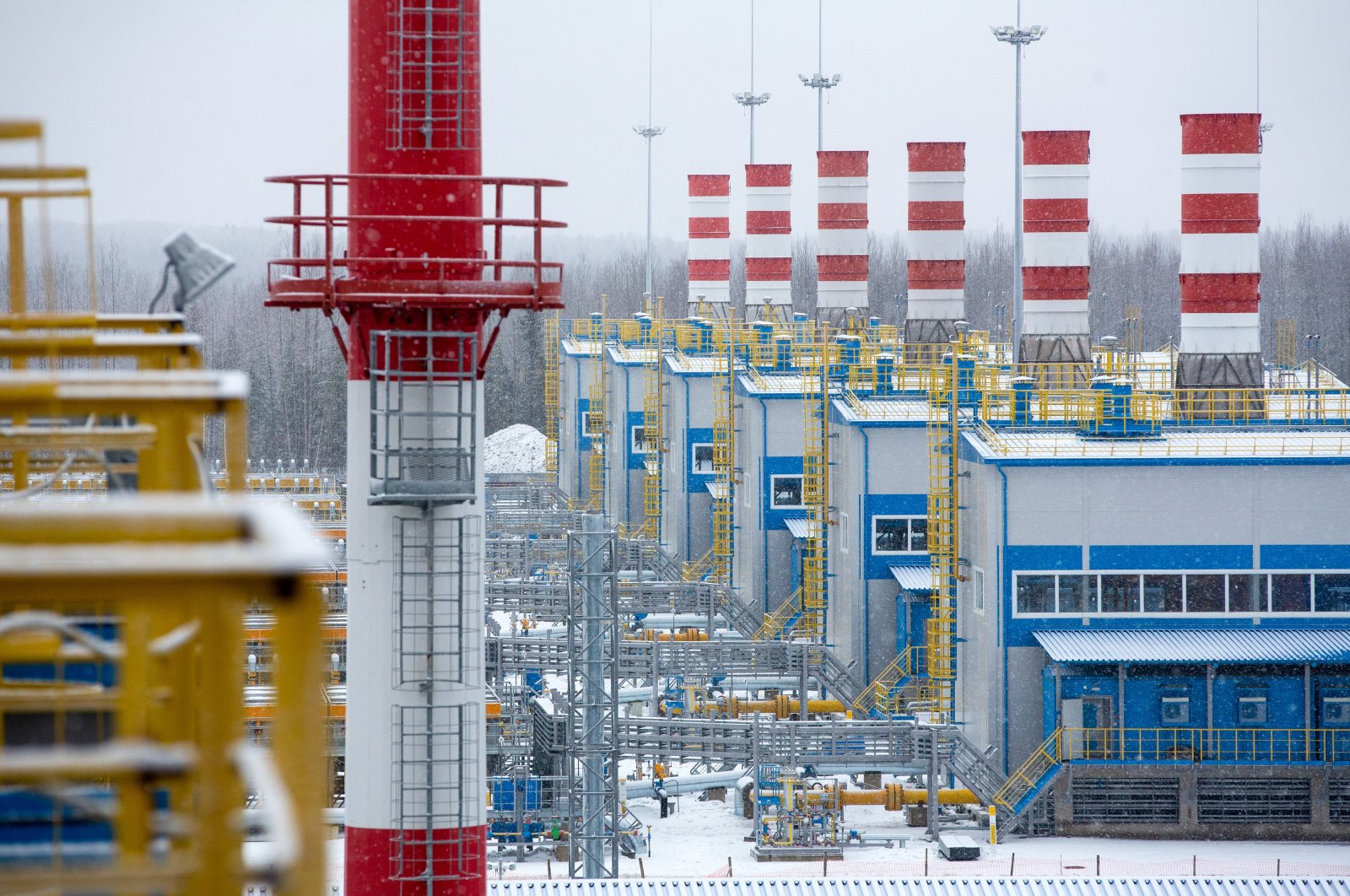 Compressor complexes at the Gazprom PJSC Slavyanskaya compressor station, the starting point of the Nord Stream 2 gas pipeline, in Ust-Luga, Russia, Jan. 28, 2021. (Photo by Getty Images)
by Ryszard Czarnecki May 11, 2021 12:05 am
RECOMMENDED

Since its first day, Russia's Nord Stream 2 project has been a matter of long-term discussions among both the European Union states and European Parliament members. Whether it is a target to Europe's security is top of the discussions.

It can be said that Russia and the West are in a great row regarding Nord Stream 2, a 1,200-kilometer (745-mile) offshore natural gas pipeline being constructed to connect Europe to the world’s largest reserves in northern Russia. To the Kremlin, the project is a vital necessity for what it says is the future of energy, while the West, including Europe and the United States, argues the opposite.

In any circumstances, Moscow has reiterated its determination to further the project and, currently, the construction of Nord Stream 2 is ongoing.

So far, several EU nations, the U.S. and Eastern Europe have openly declared their opposition to the project, arguing that the pipeline will pose a threat to Europe’s national and energy security.

For example, Washington has already implemented numerous sanctions to halt the project’s construction.

If built, the Western side also says Nord Stream 2 will also pose a threat to intelligence. Similar concerns have been voiced by Sweden with regard to Nord Stream.

In 2006, the then-Swedish minister of national defense said quite bluntly that the Russians would be able to exploit the Russia-to-Germany gas link for intelligence collection.

However, the EU is not united in this matter. Berlin seems unconvinced as many German politicians, companies and business leaders support the Russian project, arguing it would improve Europe’s energy security.

What is Nord Stream 2?

Nord Stream 2 is an expansion of the existing Nord Stream pipeline and is expected to supply energy to approximately 26 million households a year, with a capacity of 55 billion cubic meters (bcm).

The energy delivered by the proposed infrastructure project will be equivalent to the amount of energy transported using between 600 and 700 liquified natural gas (LNG) tankers.

Russia’s state-owned Gazprom will own and operate the pipeline through its wholly owned subsidiary Nord Stream 2.

The budget for the construction of the pipeline was estimated to be 9.5 billion euros ($11 billion), with Gazprom investing more than half, and the remaining to be financed by Engie, OMV, Royal Dutch Shell, Uniper and Wintershall.

What is the Western thesis?

For the Western side, there are many reasons to oppose Nord Stream 2. First, the pipeline will flow directly from Russia to Germany by way of the Baltic Sea, meaning the Russians would gain additional leverage over the Europeans.

Second, creating this pipeline could increase Russia’s naval presence in the Baltic Sea, a move that would unsettle the Baltic states.

Third, if relations between Europe and Russia were to sour, the Russians could quickly turn off the flow of gas to Germany, similar to what it did to Ukraine.

Fourth, the completion of the Nord Stream 2 would give the Russians an energy monopoly over the European continent. It is increasingly difficult for Berlin to defend its claims that Nord Stream 2 is an economic project.

Previous disputes between these two countries saw Russia turn off its gas pipelines to Ukraine, and this left millions of Europeans without gas during the winter months in 2006 and 2009.

As a result of these events, some European states began to explore other avenues to acquire a gas supply without disruption. This eventually led to the push for Nord Stream 2 (as well as TurkStream, a southern pipeline that carries gas from Russia to the Balkans by way of Turkey).

In this context, the West’s support for Ukraine is imminent. However, besides the latter, the West should also provide aid to Poland's ongoing attempts to reform its respective energy sectors. Adopting this strategy would help Ukraine and Poland become less energy dependent on Russia.

Poland, the largest country on NATO’s eastern flank and one that hosts approximately 4,500 rotational U.S. military personnel, is fully aware of the security concerns related to Nord Stream 2. Therefore, Warsaw is also seeking ways to stop the construction of the dangerous Russia-to-Germany gas link.

Given these risks, there are two urgent tasks for the West to focus on. The first is to establish a mechanism for Ukraine and Poland for energy independence while the second is to convince Germany, which has a great influence on the area within the bloc and the continent as well.

In short, the opponents of Nord Stream 2 must work quickly to persuade Germany that the pipeline’s consequences far outweigh the benefits. Otherwise, if these parties are unable to convince the Germans, Europe’s energy security will hang in the balance.