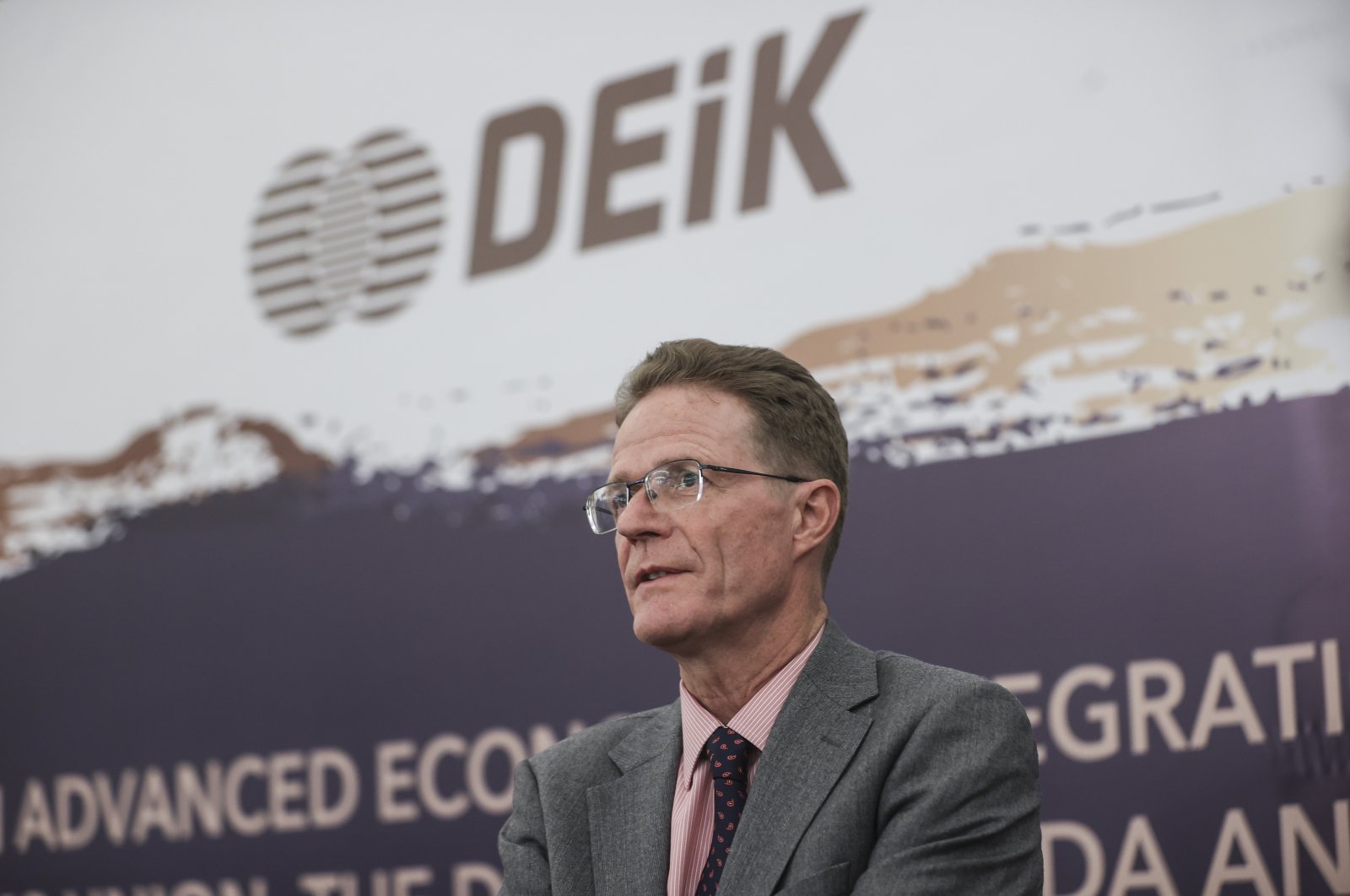 The Green Deal, a set of policy initiatives by the European Commission to make Europe climate neutral by 2050, can lead the way for cooperation between the European Union and Turkey as they work toward the same objectives, an official said.

Ambassador Nikolaus Meyer-Landrut, head of the EU Delegation to Turkey, said Ankara has taken a major step by ratifying the Paris Agreement.

"It puts Turkey, the EU and the world community on the same path in terms of objectives," he told Anadolu Agency (AA) in an exclusive interview on the sidelines of an Ankara conference titled, "An Advanced Economic Integration 'Turkey-EU Customs Union: The Digital Agenda and the Green Deal.'"

"Turkey is also engaged in decisions and action plans on how to achieve these objectives. This work needs to continue, which also creates space for cooperation between the EU and Turkey," Meyer-Landrut said.

"From the European side, the most important objective is an emission trading scheme, which results in putting a price on CO2 – making CO2 emissions expensive. Because this leads industry and consumers to change towards greener production.

"So, the question for Turkey now is what are the mechanisms it wants to put in place to achieve these objectives," he explained.

Sinan Ülgen, chairperson of Istanbul-based think tank Center for Economics and Foreign Policy Studies (EDAM), and a former Turkish diplomat, said: "For a long time, there has been a discourse of modernizing and updating Customs Union between Turkey and the EU."

Global trade dynamics have started to change due to COVID-19 and two important subjects have emerged – digitalization and the Green Deal, he told AA in an interview.

Ways to integrate the two concepts into the Customs Union were discussed at the conference, he said.

Ülgen said Turkey needs to decide how much it can comply with European legislation on digitalization to overcome barriers to trade and investment.

Speaking about the Green Deal, he said, it is important to determine the extent to which Europe can help Turkey with the financing, and how the EU's carbon border adjustment mechanism (CBAM) would affect Turkish exporters.

"It will be very difficult to carry out CBAM with Customs Union, because there is a contradiction in their implementation. Europe and Turkey need a dialogue on how to overcome this," Ülgen said.

Europe's Green Deal marks a major economic transformation and Turkey must keep pace with that transformation, said an official of the Foreign Economic Relations Board of Turkey (DEIK).

"Digital economy is growing in Turkey. We have a strong infrastructure in that area, while number of startups are increasing and companies are putting digitalization on their agendas for higher productivity," DEIK's EU Relations Council President Zeynep Bodur Okyay told AA.

She, however, stated that Europe's financial model has recently been shifting from distributing large grants to providing appropriate funds to the green economy.

"Turkey's industry is competitive. It is important to focus on opportunities that are in favor of the Turkish business world," she said.

Okyay also said that Turkey's trade volume with the EU, which currently stands at $165 billion, could easily rise to $300 billion with the contribution of the services and agriculture sectors.