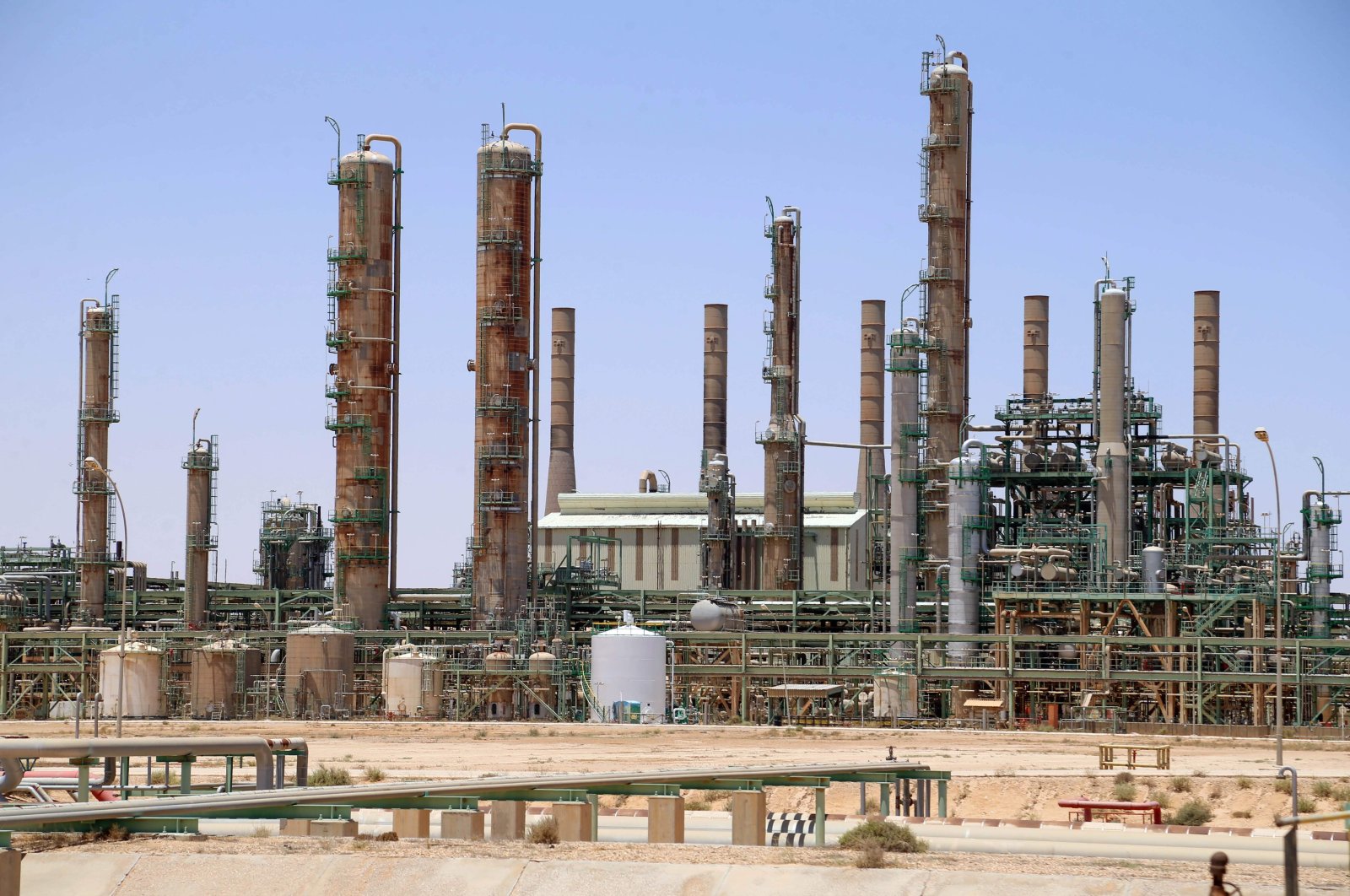 Although Libya’s war-torn energy sector sprang back to life following a cease-fire reached between the warring sides, it was a fragile return, experts say.

Libya, sitting atop Africa's largest proven crude oil reserves, has been ravaged by conflict since a 2011 NATO-backed uprising that toppled and killed longtime dictator Moammar Gadhafi.

As global oil prices remain volatile in the midst of the coronavirus pandemic, which has rattled the world economy, and further rounds of U.N.-backed peace talks to build on the October cease-fire and resolve Libya's long conflict, what are the prospects for the country's production?

The answer to the question of whether Libya will return to full output is still ambiguous.

But that is still below the levels of the Gadhafi era, said Francis Perrin, head of research at the Paris-based Institute for International and Strategic Affairs.

Libya was then producing between 1.5 million and 1.6 million barrels per day, he told Agence France-Presse (AFP).

Demand for crude has sunk under the impact of COVID-19 and producing nations have been adjusting output to support prices.

Libya's surge has meant production for OPEC, the Organization of the Petroleum Exporting Countries, reached 25.36 million bpd in December, an increase of 278,000 bpd compared with the previous month.

Libya is exempt from OPEC's production quotas, so the cartel needs to keep an eye on its output.

Libyan petroleum engineer Al-Mahdi Omar, however, said his country's industry was "still in difficulty" despite the spike.

"It's a miracle that the oil sector continues to function despite the dilapidation and damage of infrastructure due to war, negligence or sabotage," he said.

The oil and gas sector represents around 60% of the Maghreb country’s gross domestic product (GDP).

Some facilities still out of service

They demanded a "fairer" distribution of revenues, which are managed by the U.N.-recognized Government of National Accord (GNA) in Tripoli.

The GNA is backed by Turkey, while Haftar is supported by Russia, the United Arab Emirates (UAE) and Egypt.

Haftar agreed in September to lift the blockade, several months after the failure of an offensive by his fighters to take the capital.

The blockade resulted in lost revenues of almost $10 billion, the National Oil Corporation (NOC) has estimated.

On Oct. 26, just days after the ceasefire was agreed, the NOC said it had lifted force majeure - external unforeseen elements that prevent a party from fulfilling a contract - on the last oil facility in the country.

And while all Libya's oil fields are back online, the NOC announced earlier this month that a pipeline had been closed for maintenance, causing a drop-in production of around 200,000 bpd, Bloomberg reported.

"This gives you an indication that the infrastructure in Libya is really in bad shape," Bloomberg quoted NOC chief Mustafa Sanalla as saying.

Perrin said there was scope for further improvement to Libya's oil production "but not immediately."

"In the short term, if it manages to maintain its current levels, that would be very good," he said.

"The main uncertainty is political."

Lifting the blockade has allowed production and exports to rise since September, but "this is part of a temporary agreement, a truce – it's not a peace deal," Perrin warned.

The country is also seeking support from foreign oil companies to help repair its infrastructure, according to Bloomberg.

"We are now discussing with our partners how to finance and how they can help us," it quoted the NOC chief as saying.

"Only fair revenue distribution and the creation of real development opportunities can settle the sector's problems," he said.

The distribution of oil revenues in Libya is a thorny issue and crucial to settling the conflict.

After a decade of war, the October cease-fire has set the stage for elections at the end of this year.

Resources-sharing between Tripoli and the east is "a key element of the discussions between the two parties ... It could make or break the nascent truce," Perrin said.

It is "a sword of Damocles that hangs over Libya's oil production."

Blockades of important sites will remain a constant threat to production "if discussions on revenue-sharing fail to reach a compromise," he warned.

For engineer Omar, oil in Libya has been key ever since the discovery at the end of the 1950s of its reserves.

"It is at the heart of negotiations between the Libyan adversaries but also between their foreign supporters," he said.