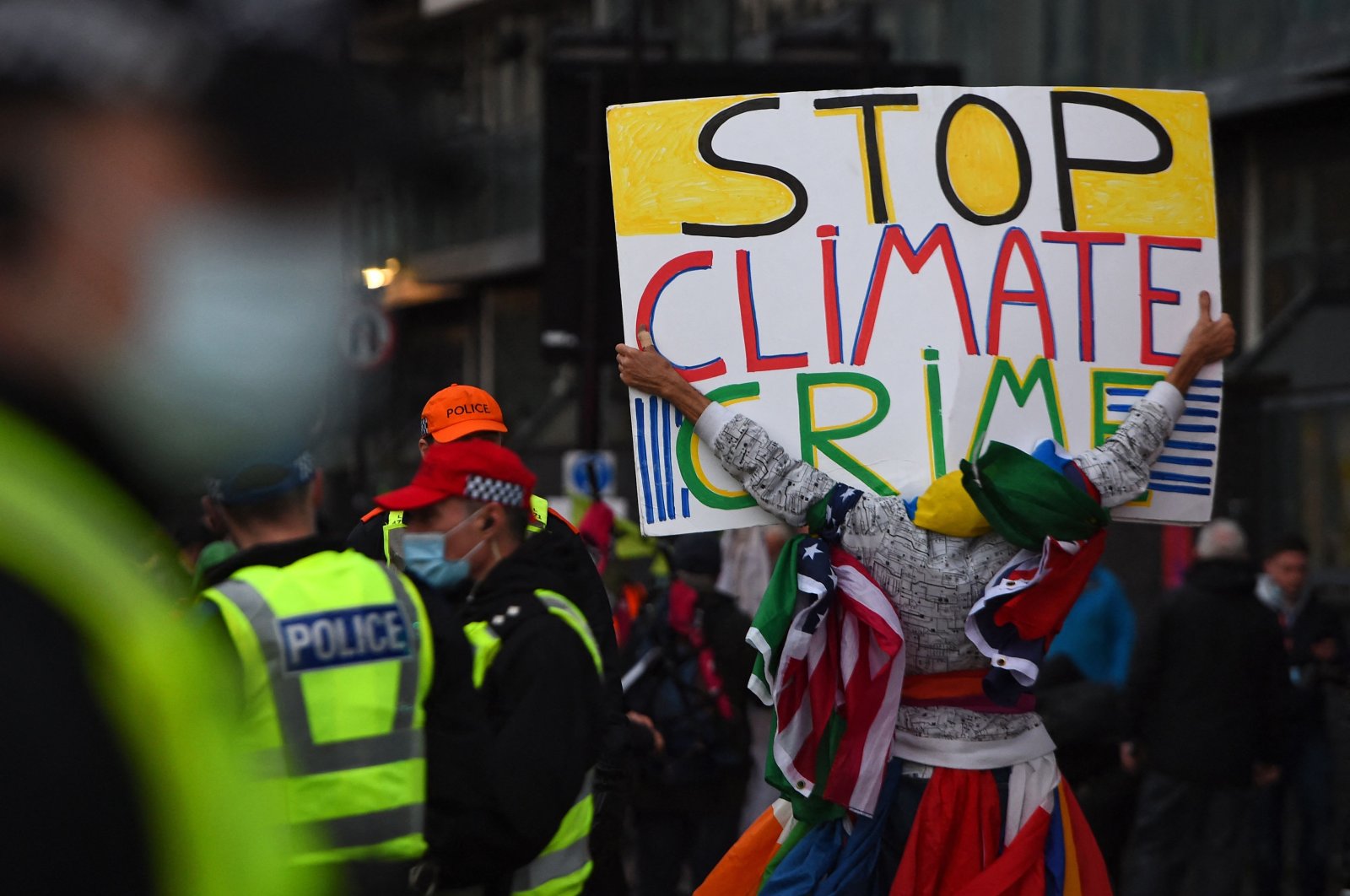 Governments seeking to cut emissions could face trillion-dollar lawsuits from fossil fuel companies looking to regain stranded assets or lost revenue, a hidden cost of climate action that threatens to "make a mockery" of commitments made at the recent COP26 summit.

Energy experts predict that more ambitious climate action from world leaders will significantly increase companies' use of a tribunal mechanism that has already awarded billions to heavy industry.

Campaigners say that energy companies are increasingly turning to this type of arbitration to recoup investments as governments accelerate the shift away from fossil fuels.

"These companies have made unfathomable profits from fueling the climate crisis, we cannot let them demand even bigger pay-outs."

AFP has obtained excerpts from a presentation given at a September trade event by consultancy firm Berkeley Research Group (BRG), which predicted that climate legislation would lead to a rise in private lawsuits.

CAT refers to Climate Action Tracker, which ranks national emissions plans on their compatibility with the Paris climate deal.

The presentation suggested that the "scale of energy transition policy" could "unleash a wave of international investment and/or commercial arbitration to adjudicate claims."

Responding to a request to comment, Christopher Goncalves, chair of BRG's Energy and Climate practice, told AFP that dispute resolution was "likely to remain a critical component of the energy transition process."

"It is not possible to make any generic conclusion as to whether such legal disputes accelerate or impede the energy transition," he added.

The BRG presentation said if governments legislate to limit heating to 2C by 2050, $3.3-6.5 trillion in upstream fossil fuel assets would be at risk, as well as $650-700 billion in coal power assets and $900 billion in oil reserve write-offs in a 1.5C scenario.

Blaylock said $9 trillion in upstream fossil fuel and oil reserve write-offs are at risk of litigation – a little over a tenth of the global economy.

Energy and mining firms have a long history in winning large settlements. In 2006, Occidental Energy sued the government of Ecuador for terminating an oil contract. It was awarded $1.77 billion, which was later reduced to $1bn.

ISDS decisions are internationally binding and courts have in the past ordered the seizure of state assets when countries have refused to pay.

These include a dispute involving the cancellation of the Keystone Pipeline in North America, where the complainant, TC Energy, is seeking a reported $15 billion in lost revenue.

A TC Energy spokesperson told AFP that it would "not comment on speculative claims."

German energy firm Uniper is one of two companies reportedly seeking more than $1 billion from the Netherlands after it decided to phase out coal.

A Uniper spokesperson did not comment on the amount in question but said government policy had cut 15 years off the lifespan of its MPP3 power plant near Rotterdam, "however understandable that change in itself may be."

British company Rockhopper is suing Italy for a reported $324 million over a ban on offshore oil drilling close to the country's coast. Italy signed the Energy Charter Treaty (ECT) but then withdrew in 2016.

Companies can resort to ISDS for 20 years after a country leaves the ECT.

A spokesperson for Rockhopper rejected the idea that the suit was linked to climate change.

"The Italian government issued licenses and encouraged significant investment in oil and gas exploration, based on this platform. Clearly it is not equitable to change the rules halfway through," she told AFP.

Most of the governments wrapping up COP26 plan to slash their emissions to net-zero by 2050.

That will cost the global economy as much as $100 trillion, according to International Energy Agency estimates.

"The science is clear. The vast majority of fossil fuels must stay in the ground to avoid catastrophic global heating," Leah Sullivan, trade campaigner at the War on Want pressure group, told AFP.

Since ISDS awards are taken from public money, "It's ordinary people who will have to pay for this," she said.