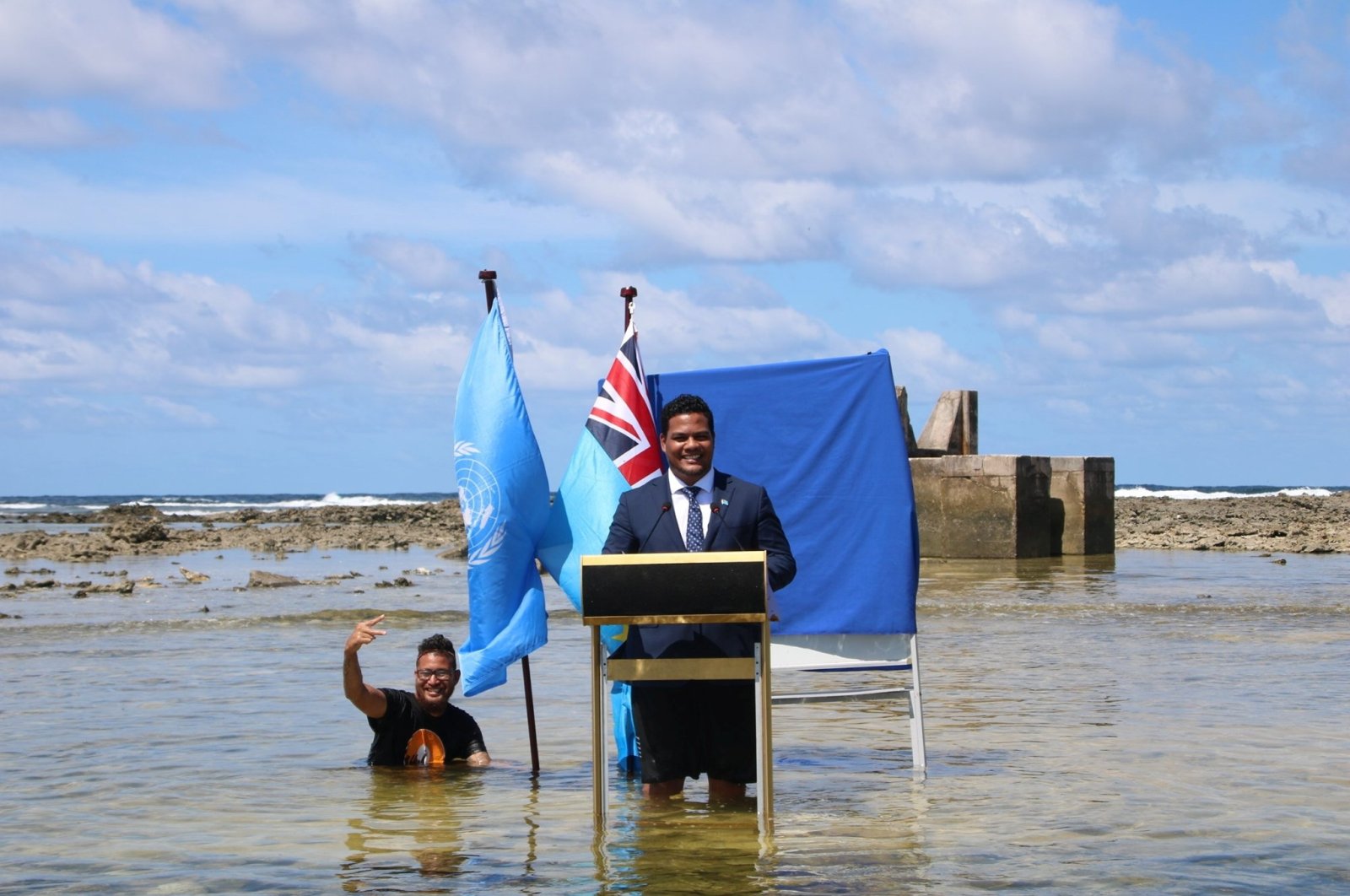 It has been a rollercoaster of a ride at the COP26 climate summit as talks over the preceding week and on Monday have so far produced high-level, high-octane promises and announcements in a laborious process overseen by the United Nations, aimed at uniting nearly 200 countries and reaching a consensus to solve the climate crisis.

A dizzying blitz of pledges to curb methane emissions, phase out coal-fired power, stop overseas fossil fuel financing and halt deforestation would appear to have moved the dial toward the Paris Agreement's most ambitious goal of capping global warming at 1.5 degrees Celsius (2.7 degrees Fahrenheit) above preindustrial levels.

With a rise of 1.1 degrees Celsius to date, storms, heat waves and floods have become more frequent, intense and deadly.

An International Energy Agency (IEA) tally of the commitments, along with one by India to boost renewables and reach net zero by 2070, found they would hold warming to 1.8 degrees Celsius – not good enough, but way better than the "catastrophic" 2.7 degrees Celsius projected by the U.N. just last month.

United States special envoy John Kerry, a 30-year veteran of climate geopolitics, said he "had never counted as many initiatives and as much money – real money – being put on the table."

But not everyone was equally impressed.

On the streets, climate activist Greta Thunberg, leading a global protest march Saturday, branded COP26 a "failure" and an exercise in greenwashing.

Several of the marquee pledges last week, while still significant, were considerably less than meets the eye, analysts pointed out.

"We've run the numbers – the IEA scenario still leaves an enormous emissions gap in 2030," researchers at Climate Analytics reported, highlighting the need to slash global emissions nearly in half within a decade to keep 1.5 degrees Celsius within view.

Many front line negotiators were not happy either.

"This first week is a disappointment," said Ahmadou Sebory Toure, chair of the G77-plus-China group, a negotiating bloc of more than 130 poor and developing countries, the largest in the U.N. climate forum.

"Most of our concerns are not truly or effectively being taken into account," the Guinean diplomat told Agence France-Presse (AFP) in an interview.

Toure lambasted the failure of rich nations to cough up $100 billion a year by 2020 – a pledge first made in 2009, and now postponed to 2023 – to help vulnerable nations decarbonize their economies and cope with climate impacts.

Many experts and negotiators commented on the stark contrast between the competing narratives and wondered if they could be reconciled during the home stretch of the talks, which run through Friday.

"We've made much more progress in some ways that we could have ever imagined even in a couple of years ago, but at the same time we're nowhere near enough," she explained.

For Laurence Tubiana, head of the European Climate Foundation, and as France's top negotiator, a main architect of the 2015 Paris Agreement, "Glasgow could become the city of two tales."

"One is of fantastic mobilization and progress," she told AFP.

"The other – which we see with the protests in the street – is that it's not really happening and companies are just cheating," she said.

"There is no mechanism for ensuring delivery, no capacity to check these claims," she added, noting that the flurry of pledges last week were made outside the framework of the U.N. talks.

"That is why I say greenwashing is the new climate denial," she reasoned.

"There is a deficit of credibility and a surplus of confusion over emissions reductions and net-zero targets," he said, while announcing the creation of an expert group to measure the claims of non-state actors, whether local governments or multinationals.

The "two COPs" may well collide during a formal "stocktake" on Monday of the first week, in which countries and negotiating blocs will air their views and grievances.

Some will call for an accelerated timetable for revising voluntary emissions reduction plans, currently submitted every five years.

Many will point to a lack of progress on issues that have stymied the talks for years: an architecture for international carbon markets, setting up a common timetable for national carbon-cutting pledges and a host of issues related to finance.

"It is too soon to know whether this is Glasgow half full or half empty," said Alden Meyer, a senior associate at climate policy think tank E3G.

"In the end, it has to be a balanced package. Nobody will come out with everything they want."