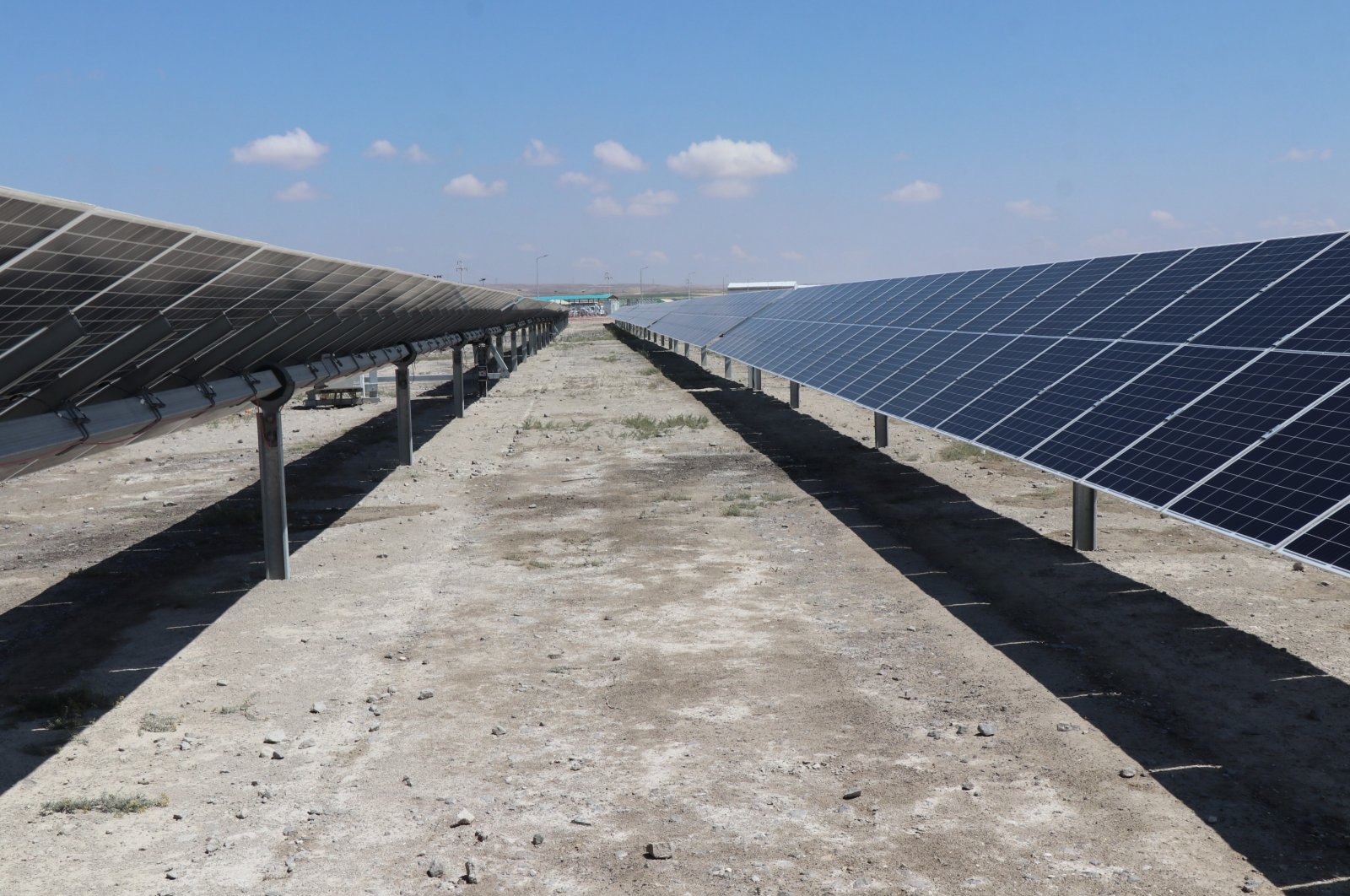 The Turkish public has witnessed the completion of the first phase of the country's biggest solar plant, built by Kalyon Holding, and the photovoltaic panels produced at the company's factory were used in its establishment, according to Kalyon Holding Chairperson Cemal Kalyoncu.

The first phase of the Kalyon Karapınar Solar Power Plant in the central Anatolian province of Konya was finalized Friday with panel installations totaling 271 megawatts (MW) of capacity in only nine months.

The panels were produced at the Kalyon Solar Technologies Factory in the capital Ankara.

Kalyoncu stressed they will continue to develop technologies in the solar energy field.

Renewable energy and domestic production are of utmost importance for the future of Turkey, he said in a statement Monday.

While the installed solar energy capacity of Turkey was only 40 megawatts six years ago, “thanks to the government’s strategic approach to this matter, these investments could be brought to life and Turkey opened a new page in this field,” he said.

Karapınar SPP was established with an investment of $1 billion in total.

When the plant reaches full capacity, Kalyoncu said it will be the biggest solar power plant in Europe and one of the five biggest in the world.

Already 20% completed, the total installed capacity of the plant will reach 1,000 MW when fully operational by the end of 2022. The plant has already started electricity production.

It will contain 3.5 million solar panels covering an area of 2,600 football fields and meet the domestic power needs of 2 million people. So far, the plant has seen the installation of 700,000 photovoltaic panels with a power of 271 MW.

“We are proud to have brought this project to life, which will make a remarkable contribution to both domestic energy production and the environment here,” Kalyoncu said. “Renewable energy, especially solar energy, is one of the most important investments for the future of our country,” he said.

A Kalyon-Hanwha consortium won the first solar energy Renewable Energy Resource Zones (YEKA) tender bid on March 20, 2017, for the construction of the plant in Karapınar at 6.99 cents per kilowatt-hour. However, Hanwha withdrew from the project and China Electronics Technology Group Corporation (CETC) stepped in to construct the facility.

The photovoltaic panels at the plant are produced by the Kalyon Solar Technologies Factory in Ankara, which was inaugurated Aug. 10, 2020, by President Recep Tayyip Erdoğan.

The company statement noted that R&D efforts aimed at boosting efficiency and performance are prioritized at both Kalyon Solar Technologies Factory and Kalyon Karapınar SPP.

“Kalyon R&D Center employs more than 100 engineers and researchers and works intensively to develop efficiency-oriented technologies in Turkey,” it said.